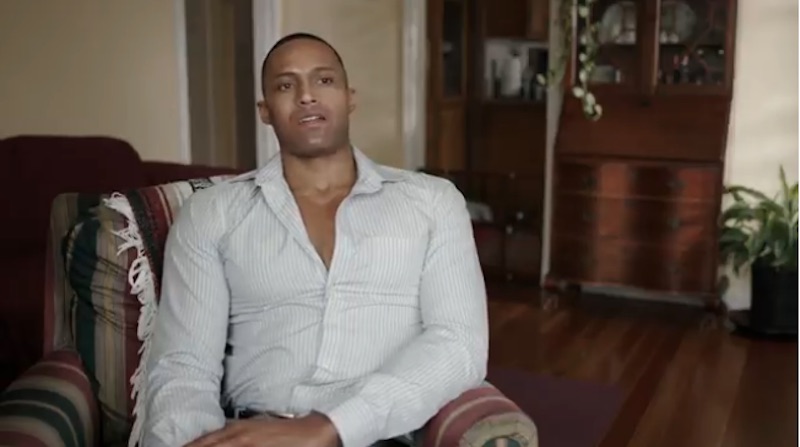 A federal court in California has entered a judgment on behalf of a California man who sued a Los Angeles barbershop for discriminating against him by refusing to cut his hair because he is HIV-positive.

U.S. District Judge André Birotte, Jr., of the Central District of California, ordered King of Kuts, a black-owned barbershop in the Leimert Park neighborhood of Los Angeles, and its owner, Ramsy Milton, to pay $75,000 in damages, plus attorney’s fees and other litigation costs, to Nikko Briteramos, a customer who was refused a haircut on Oct. 13, 2017 due to his HIV-positive status.

Enlisting the help of Lambda Legal, Briteramos had sued King of Kuts and Milton in July 2018, alleging that the refusal of service violated his rights under both the Americans with Disabilities Act and California’s Unruh Civil Rights Act, which prohibits discrimination on the basis of a person’s “disability.”

Neither Milton nor any representative from King of Kuts responded to the filings, appeared in court, or attempted to defend their actions.

“This judgment is proof that what happened to me in that barbershop and what happens to people living with HIV who experience discrimination just trying to do basic things in life like go the dentist or get a haircut is simply not acceptable,” Briteramos said in a statement. “Such discriminatory practices harken back to times not too distant during the period of American ‘Jim Crow,’ and are equally unjust.”

According to the original complaint, one of the barbers at the shop, “Twin,” who knew Briteramos from when the two men had both lived in Chicago, told Milton during a conversation that he had heard about Briteramos’ HIV status after reading news reports about Briteramos’ decision to plead guilty to breaking a South Dakota law that required him to disclose his HIV status.

Briteramos, a native Chicagoan, and 19 years old at the time, ended up serving 18 months in jail for violating the law.

He was vilified in the South Dakota and Chicago press, even though the alleged “victim” with whom he had been intimate had stated she did not want him to be prosecuted.

He lost his basketball scholarship to Huron University, and was eventually forced to drop out of school due to the stigma surrounding the incident. He met similar stigma in Chicago, and eventually relocated to California to start a new life.

Upon learning of Briteramos’ HIV status, Milton told him that he could not serve him, and would also not allow any of his employees to cut Briteramos’ hair, due to his HIV-positive status.

Milton added that the barbershop serve celebrity clientele and that he could not risk losing their business if they found out he served HIV-positive people.

According to all medical and health experts, casual contact with an HIV-positive person, such as when cutting their hair, poses no measurable risk of HIV transmission.

While Briteramos was awaiting a decision from the court, the Black AIDS Institute and Lambda Legal launched “Cut the Stigma,” a public education campaign aimed at educating black-owned businesses, including barbershops, that HIV cannot be transmitted via casual contact, dispel misconceptions about the virus, and reduce instances of discrimination based on HIV status.

Briteramos has said he is grateful and willing to tell his story through the campaign in order to help shed light on the discrimination that HIV-positive people sometimes face.

“This ruling is a terrific affirmation for our client, and it is a clear and forceful rebuke of intentional discrimination against people living with HIV,” Anthony Pinggera, the Lambda Legal Law Fellow who was the lead attorney for Briteramos. “This is the end of Nikko’s case, but our work to raise necessary awareness in Black communities around the country to the ongoing issues surrounding HIV discrimination continues through our partnership with the Black AIDS Institute on the Cut the Stigma campaign.”

“Nikko’s experience highlights how Black people living with HIV are confronted with discrimination every day, but this judgment puts businesses on notice that discrimination will not be tolerated,” Raniyah Copeland, the CEO of the Black AIDS Institute, said in a statement. “Freedom for Black people means that ALL Black people deserve to live without fear of discrimination.”