Group was ordered to dissolve 4 years ago, but reconstituted under another name to continue promoting conversion therapy 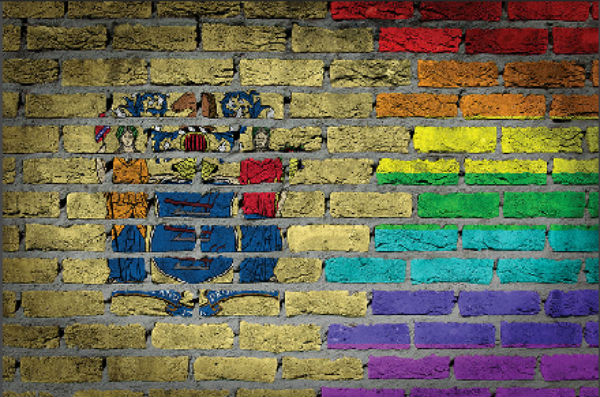 A New Jersey state judge has ordered a Jewish organization that practices conversion therapy to dissolve, after it failed to do so following a previous agreement.

Superior Court Judge Peter F. Bariso, Jr. issued a 47-page written decision ordering the Jewish Institute for Global Awareness, previously known as Jews Offering New Alternatives to Healing, to dissolve, as it was supposed to under a 2015 settlement agreement after it was found to have violated New Jersey’s state law prohibiting the use of conversion therapy on minors.

In June 2015, a jury found that JONAH had falsely claimed it could change its clients from gay to straight, thereby violating New Jersey’s consumer fraud law by promising a service that it could not deliver.

he jury also ordered JONAH to compensate three former clients and two of the clients’ mothers for fees that were paid to enroll in conversion therapy sessions, and to pay for the cost of one client’s mental health counseling to deal with the after-effects of his unsuccessful conversion therapy.

Six months later, as part of a settlement agreement between JONAH, its founders, and the plaintiffs suing them, the New Jersey Superior Court issued a decision entering a permanent injunction, under which JONAH agreed to permanently cease any and all operations and dissolve.

But just 11 days after the injunction was issued, JONAH’s founders filed articles of incorporation to become the JIFGA, with the same assets, leadership, and core operations as JONAH.

The newly reconstituted organization then began flouting the court order, making referrals to individual therapists, and to “experiential weekends” that purported to help people change their sexual orientation from gay to straight.

Over the next three-and-a-half years, JIFGA continued to collect referral fees as a middleman between clients and counselors and continued promoting various conversion therapy programs.

After finding out about the organization’s decision to flout the court order last year, the Southern Poverty Law Center, which had represented the plaintiffs in the original case, asked the court to enforce the existing permanent injunction against JIFGA, and any future identities it may attempt to assume.

On Friday, lawyers from the SPLC, Cleary Gottlieb Steen and Hamilton LLP, and Lite DePalma Greenberg LLC presented oral arguments in support of its earlier request to the court.

“When we learned that JONAH continued to operate under a new name and, in defiance of the jury’s verdict, carry on the same unconscionable practices that harmed so many vulnerable young people, we knew our job was not over,” Luke Barefoot, a partner at Cleary Gottlieb Steen and Hamilton LLP, said in a statement.

In his ruling on Tuesday, Bariso added additional restrictions, barring JONAH’s founders, Arthur Goldberg and Elaine Berk, from serving as directors of any New Jersey nonprofit corporation, and ordered them to compensate the plaintiffs for any attorney’s fees they were forced to incur in the course of asking the court to enforce the 2015 injunction.

The court also ordered the defendants to pay the plaintiffs $3.5 million, to cover attorney’s fees and legal costs incurred in the original case.

“The court previously had ordered JONAH to shut its doors and stop promoting conversion therapy because a jury found that its program was fraudulent and unconscionable — in violation of New Jersey’s consumer fraud law,” David Dinielli, deputy legal director for the SPLC, said in a statement.

“The ruling today — concluding that defendants have violated that court order — confirms that the court meant what it said,” Dinielli continued. “Conversion therapy necessarily is fraudulent because it is based on the lie that LGBTQ people can and should be fixed. Along with our clients and other allies, we will not stop until we eradicate these dangerous practices in New Jersey and around the country.”

John Riley is the local news reporter for Metro Weekly. He can be reached at jriley@metroweekly.com
← Previous Story Trump administration sued for allowing health care workers to deny care to LGBTQ people
Next Story → Congressional bill would ban use of gay and trans panic defenses