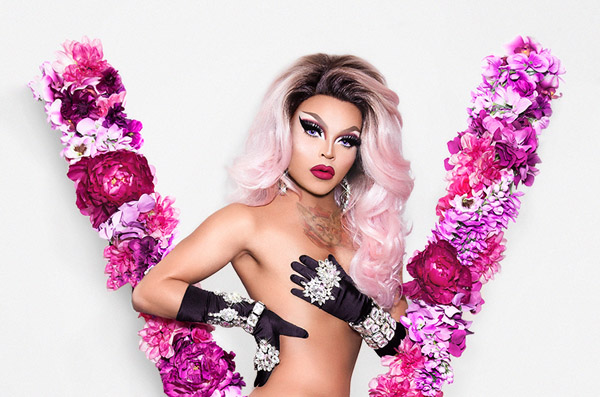 Capital Pride Weekend kicks into high gear with the first and largest dance party of them all, one named in evocative reference to the famous Stonewall uprising that sparked our whole LGBTQ movement 50 years ago this month. Vanessa Vanjie Mateo from RuPaul’s Drag Race is the featured headline guest, to be joined in performance by a litany of local drag acts: Ana Latour, Donna Slash, Jane Saw, JaxKnife, KC B. Yoncé, Citrine, Pussy Noir, SHÉ, Sippi, and Sylvana, with music from DJs Honey, Dvonne, and Ed Bailey, decor by Kidd Madonny, visuals by BacK2bACk, and lights by Adam Campbell. Plus a Glam Box Photo Booth. Riot!, open to those ages 18 and up, is Friday, June 7, beginning at 9 p.m. Echostage is at 2135 Queens Chapel Rd. NE. Remaining tickets are $30 to $35 plus fees. Call 202-503-2330 or visit www.echostage.com.

Uproar will operate in an expanded capacity all weekend per a temporary pop-up set up in the parking lot behind the Shaw venue. Managers have literally pitched a tent for expanded boozy cruising as well as more room for dancing to resident DJs Mike Babbitt, Travis Island, Bo Bear, Milko Santander Espinoza, and Juba. The biergarten opens at 3 p.m. every day of the weekend with a two-hour Smirnoff Open Bar — meaning the Friday kickoff will end right when DC Bëar Crüe’s popular Bear Happy Hour revs up at 5 p.m. The biergarten will remain open until 11 p.m. through Sunday, June 9. Uproar Lounge & Restaurant is at 639 Florida Ave. NW. Call 202-462-4464 or visit www.uproarlounge.com.

This Friday night, the Green Lantern hosts what is, in essence, a two-for-one event, as two of its regular monthly parties are combining forces for pride. Things start off on the milder side on the first floor with Ottermatic featuring DJs The Barber Streisand and Madscience. Although named for a particular type of gay man, Ottermatic is “open to all people and self-identified animals.” Certainly wilder — as well as rougher — beasts will find more to their liking on the second level, with the more sexually charged ambiance of Rough House, a party featuring sexy beats from DJs Lemz and Keenan Orr. Otter pinup Grant Collins serves as host of the dual party, which starts at 10 p.m. The Green Lantern is at 1335 Green Ct. NW. Cover is $10 and includes clothes check — although this is primarily for the Rough House crowd. Those seeking to strip down to nearly nothing are asked to stick to the second floor — “please keep jockstraps upstairs.” Call 202-347-4533 or visit www.greenlanterndc.com.

After this year’s Capital Pride Parade — or even, shhh, in lieu of it — you could join another organized parade of sorts, a bar crawl from one air-conditioned haunt to the next in the U Street Corridor. Heralded as “one of the loudest, proudest bar crawls to come to the Capital,” teams in the #ColorCrawl2019 start touring and imbibing as early as 3 p.m., via a Welcome Party at Tropicalia — just a few blocks north of 14th and R Streets NW, where the parade is set to end. Crawlers’ last call will come at 10 p.m. at Nellie’s, via a Rooftop Finale. The exact itinerary will be announced prior to the event and based on chosen team, although other participating venues, offering exclusive drink and food specials for crawlers, include Pure Lounge, Sudhouse, and Velvet Lounge. Tickets, which are limited, cost $29 and include a free drink voucher and a t-shirt (while supplies last). Visit www.thecolorcrawl.com.

Shea Van Horn and Matt Bailer produced the final Mixtape last September, presented as a 10th Anniversary celebratory blowout — one last spin through their mix of indie-dance, electro-pop, house, and disco throwbacks. It turns out, however, that was not to be the last Mixtape — rather, it was just the last as the popular monthly party it had become known as. This Saturday, June 8, Bailer will DJ a special one-off Mixtape party featuring Lemz, Keenan Orr, and Tezrah. In the original social media post announcing it, Van Horn suggested this Mixtape pride party could become an annual tradition. Party starts at 10 p.m. 9:30 Club, 815 V St. NW. Tickets are $18, but few remain as of press time. Call 202-265-0930 or visit www.930.com.