Embassies can hang or display the flag elsewhere on their grounds, but not on flag poles

The Trump administration has rejected requests from U.S. embassies to fly the signature six-color rainbow Pride flag on embassy flagpoles during the month of June, which marks LGBTQ Pride Month.

Under current State Department policy, embassies that wish to fly the flag must obtain special permission from the department. But despite requests from U.S. embassies in Israel, Germany, Brazil, and Latvia, the Trump administration has denied all requests to fly the flag on their flagpoles.

However, embassies will be allowed to fly or hang the Pride flag elsewhere on embassy grounds, including inside or on exterior walls without seeking pre-approval from the State Department.

Other embassies are already doing this, including the one in Seoul, South Korea, which has put up a large rainbow banner on the side of its building.

The rejection of the embassies’ requests came from the office of the State Department’s undersecretary for management, Brian Bulatao, a longtime associate of Secretary of State Mike Pompeo, who also worked for Pompeo when he was head of the CIA, reports NBC News.

In contrast, during the Obama administration, the department granted blanket permission to embassies overseas to fly the Pride flag during June.

The denial of the request from the U.S. Embassy in Berlin is particularly significant, given that the U.S. ambassador to Germany, Richard Grenell, is not only openly gay, but has been the person tapped to lead the administration’s decriminalization campaign.

Nonetheless, the ambassador continues to be one of the president’s biggest cheerleaders.

“The President’s recognition of Pride month and his tweet encouraging our decriminalization campaign gives me even more pride to once again march in the Berlin Pride parade, hang a huge banner on the side of the Embassy recognizing our pride, host multiple events at the Embassy and the residence, and fly the gay pride flag,” Grenell said in a statement provided to NBC News.

Unlike in past years, President Trump has issued a tweet and a formal statement recognizing the celebration of Pride Month and calling on Americans to recognize the contributions LGBTQ people have made to society.

But some LGBTQ advocates say that the president’s public overtures and his claims of support for LGBTQ rights abroad have been undermined or contradicted by his domestic actions on LGBTQ-related issues.

Those actions include barring most transgender people from military service if they have been diagnosed with gender dysphoria or wish to undergo a gender transition — a move he defended in an interview on British TV earlier this week — as well as rolling back Obama-era interpretations of provisions in the Affordable Care Act prohibiting insurance discrimination against LGBTQ people, and establishing a religious exemption allowing medical providers to withhold various treatments to LGBTQ people and others if the provider expresses moral or religious objections.

“Trump can’t have it both ways. He can’t tweet claiming to be an advocate for LGBTQ people and turn around and prohibit U.S. embassies across the world from flying a Pride flag,” Ty Cobb, the founder and director of HRC Global at the Human Rights Campaign, said in a statement. “The reality is that the Trump-Pence administration continue to take every opportunity to attack LGBTQ people, from stripping access to health care to eliminating transgender people’s ability to serve.” 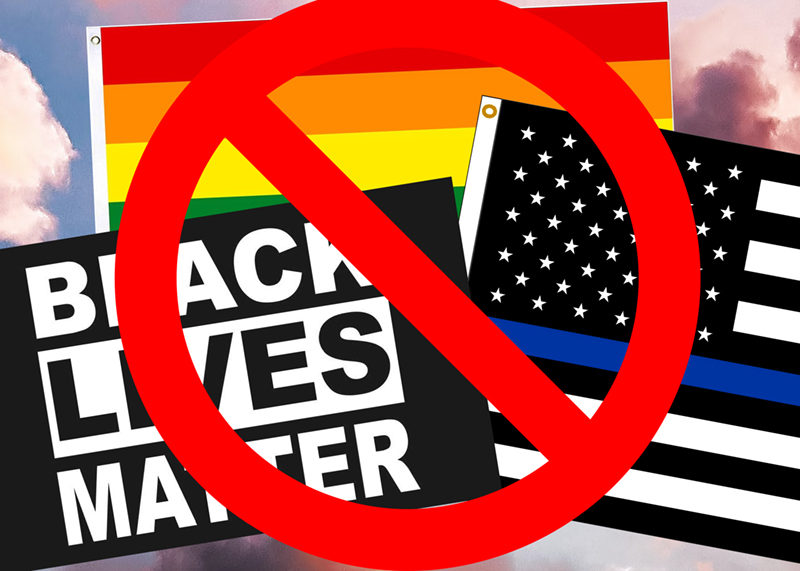 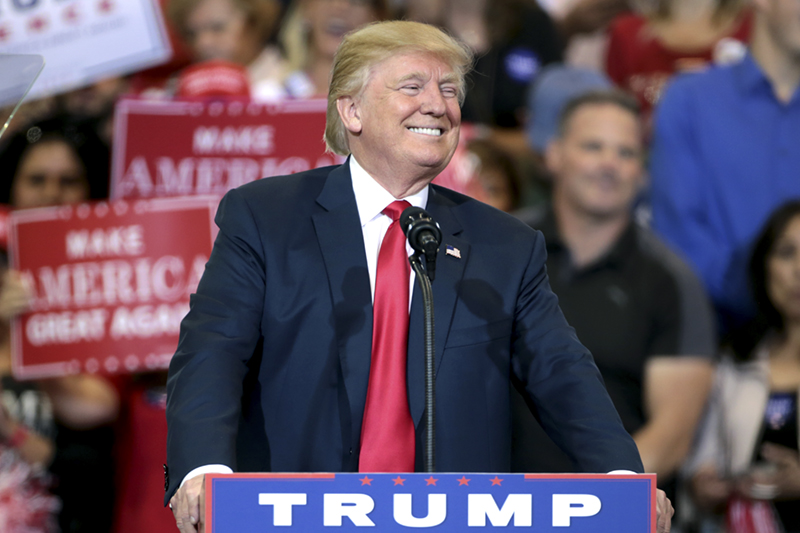