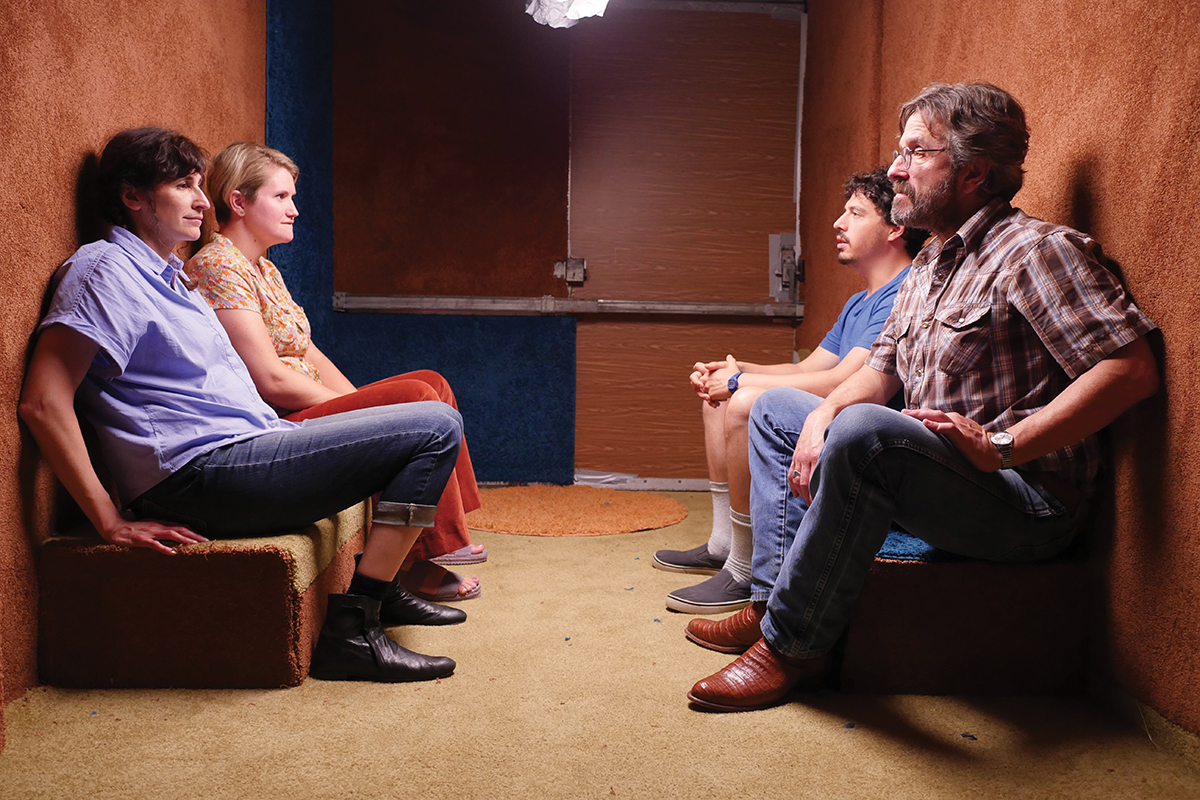 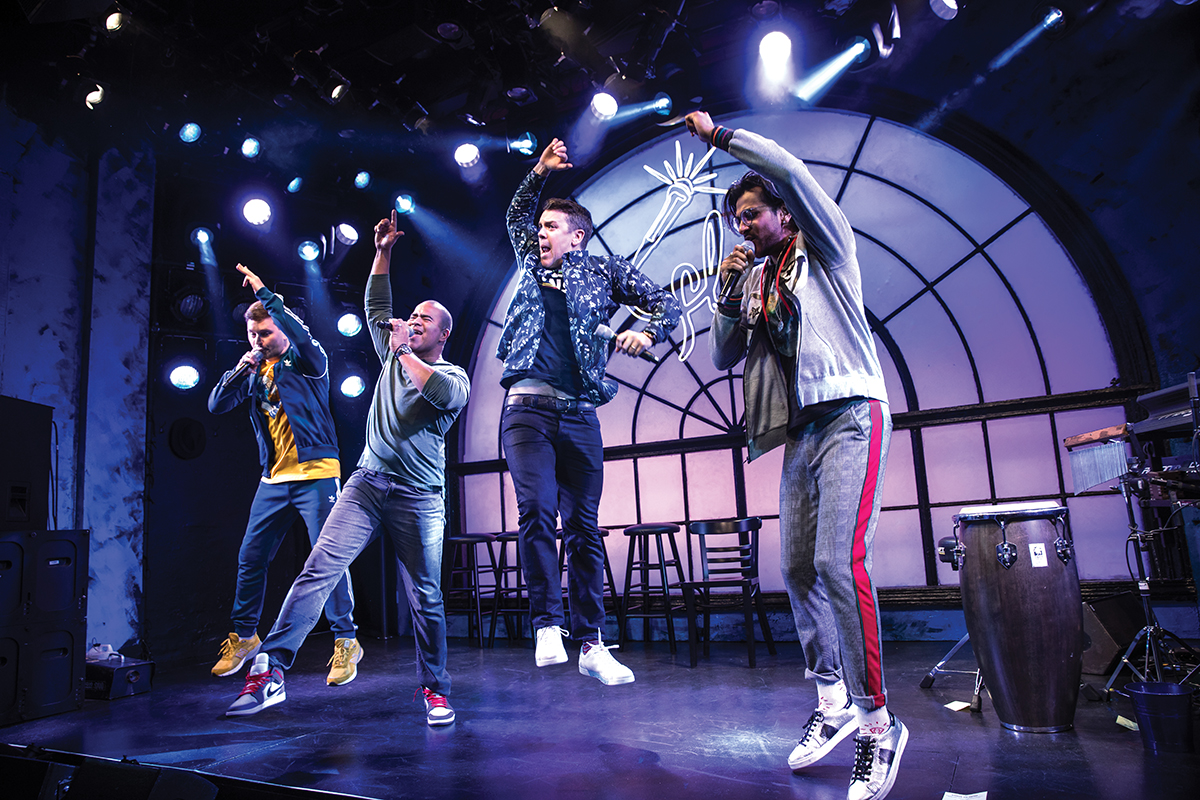 “See it before the show goes to Broadway,” the Kennedy Center says about this new, completely improvised musical ride, all based off audience suggestions, and featuring MCs, musicians, and beatboxers. The only guarantee is that Freestyle Love Supreme should be a quality stage show, considering it was developed by Hamilton creator Lin-Manual Miranda along with Anthony Veneziale and Thomas Kail. Featuring Utkarsh Ambudkar, Andrew Bancroft, Daveed Diggs, James Monroe Iglehart, Chris Jackson, Arthur Lewis, Bill Sherman, and Chris Sullivan. To July 21. Family Theater. Tickets are $55 to $99. Call 202-467-4600 or visit www.kennedy-center.org. 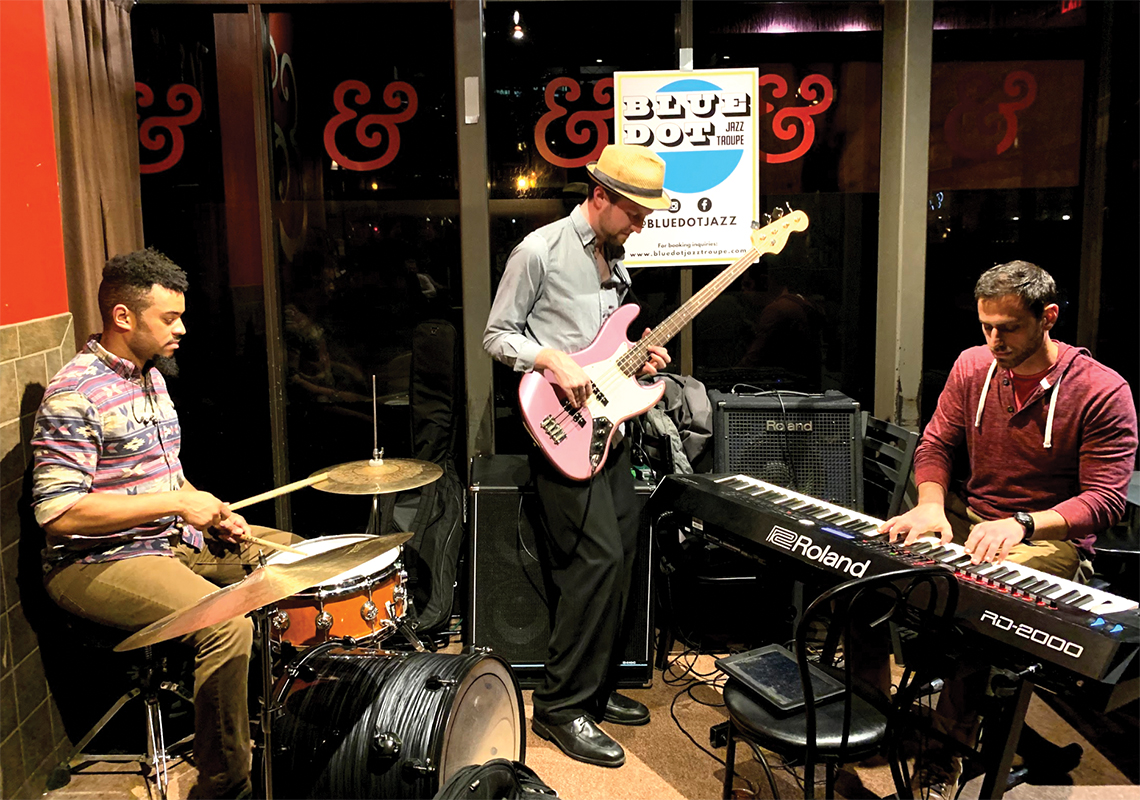 Rooted in the music of New Orleans, this modern rhythmic jazz ensemble mixes in blues, funk, Afro-Cuban, and pop to bring the signature American music genre to life in new and dynamic ways, with the intention of getting audiences moving and dancing. Recently, they’ve been doing that three nights a week, performing live at Kramerbooks’ Afterwords Café, in the back of the venue, where patrons can enjoy late-night food as well as a host of literary-inspired cocktails and over 20 craft beers on tap. Thursdays from 9 to 10 p.m., and Fridays and Saturdays from 10 p.m. to Midnight. 1517 Connecticut Ave. NW. Call 202-387-3825 or visit www.kramers.com. 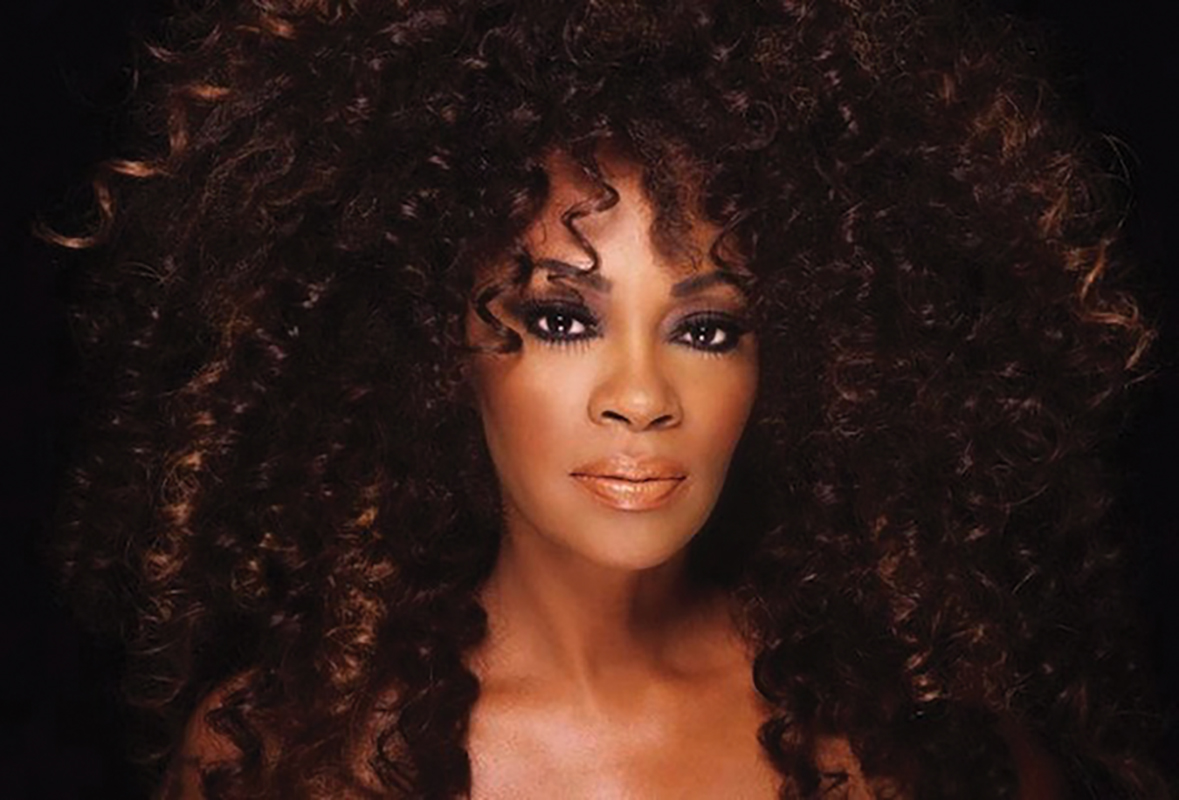 Responsible for the ’80s-minted spunky dance-soul hits “Looking for a New Love,” “Don’t You Want Me,” “Still A Thrill,” and “Friends,” the Grammy-winning Watley got her start as a lead dancer on Soul Train and as a member of the R&B group Shalamar. Over the past couple of decades, the artist has shown herself to be an outspoken gay rights and marriage equality activist. Watley returns with SRL, or Shalamar Reloaded Live, to celebrate 30 years of her best-selling song in the U.S., “Real Love.” Saturday, July 20, at 8 p.m. Bethesda Blues & Jazz Supper Club, 7719 Wisconsin Ave. Tickets are $59.50 to $79.50, plus $20 minimum purchase per person. Call 240-330-4500 or visit www.bethesdabluesjazz.com. 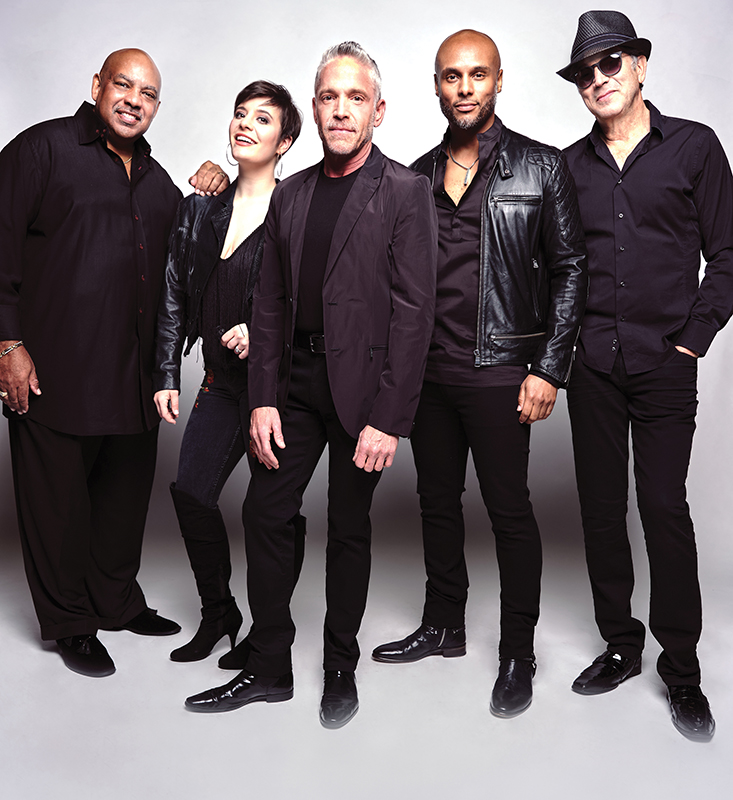 One of contemporary jazz’s leading figures, the gay smooth jazz saxophonist Koz recruits another group of jazz star friends for a “brass-fueled, feel-good tour of the summer” that includes a Hollywood Bowl outing and a Spirit of New York concert cruise, as well as a stop at MGM National Harbor. The lineup includes many of the guests featured on last year’s Summer Horns II: From A to Z, a collection of jazzy covers of pop/soul hits — namely, vocalist Kenny Lattimore, saxophonist Gerald Albright, vocalist/trombonist Aubrey Logan, trumpeter Rick Braun, and guitarist Adam Hawley. Thursday, July 25, at 8 p.m. The Theater, 7100 Harborview Ave., Oxon Hill, Md. Tickets are $43 to $70. Call 844-346-4664 or visit www.mgmnationalharbor.com. 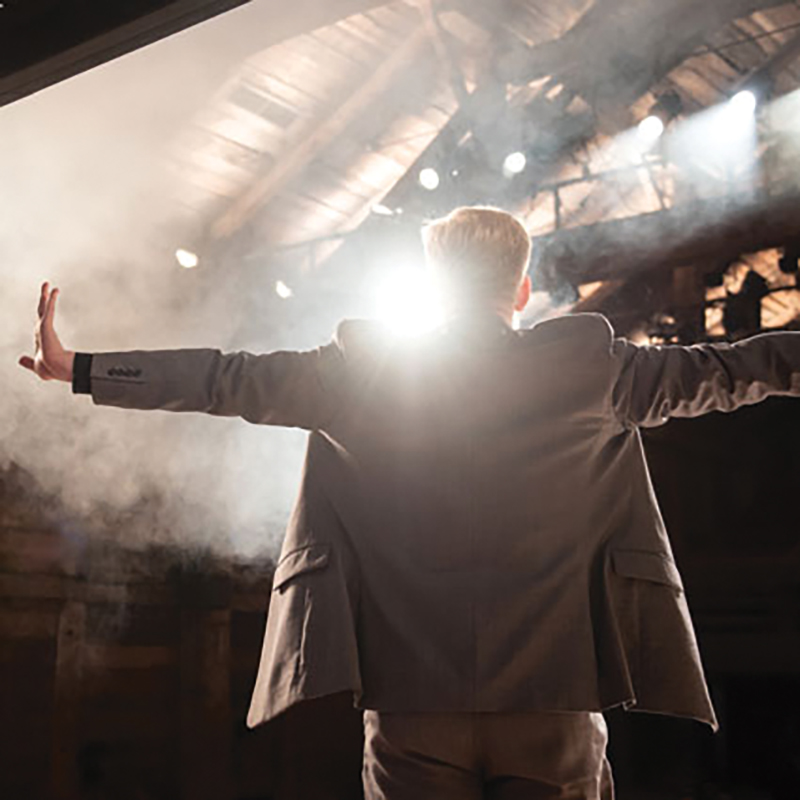 A new production of this soaring opera featuring the beautiful music of Richard Strauss and slapstick comedy from librettist Hugo von Hofmannsthal, performed simultaneously in a battle of “high” and “low” art based on a Molière comedy. Tara Faircloth directs the production with conductor Emily Senturia and a cast of Wolf Trap Opera Studio Artists singing in German with projected English translations. Friday, July 19, at 7:30 p.m., Sunday, July 21, at 3 p.m., Wednesday, July 24, at 3 p.m., and Saturday, July 27, at 7:30 p.m. The Barns at Wolf Trap, 1635 Trap Road, Vienna. Tickets are $36. Call 877-WOLFTRAP or visit www.wolftrap.org. 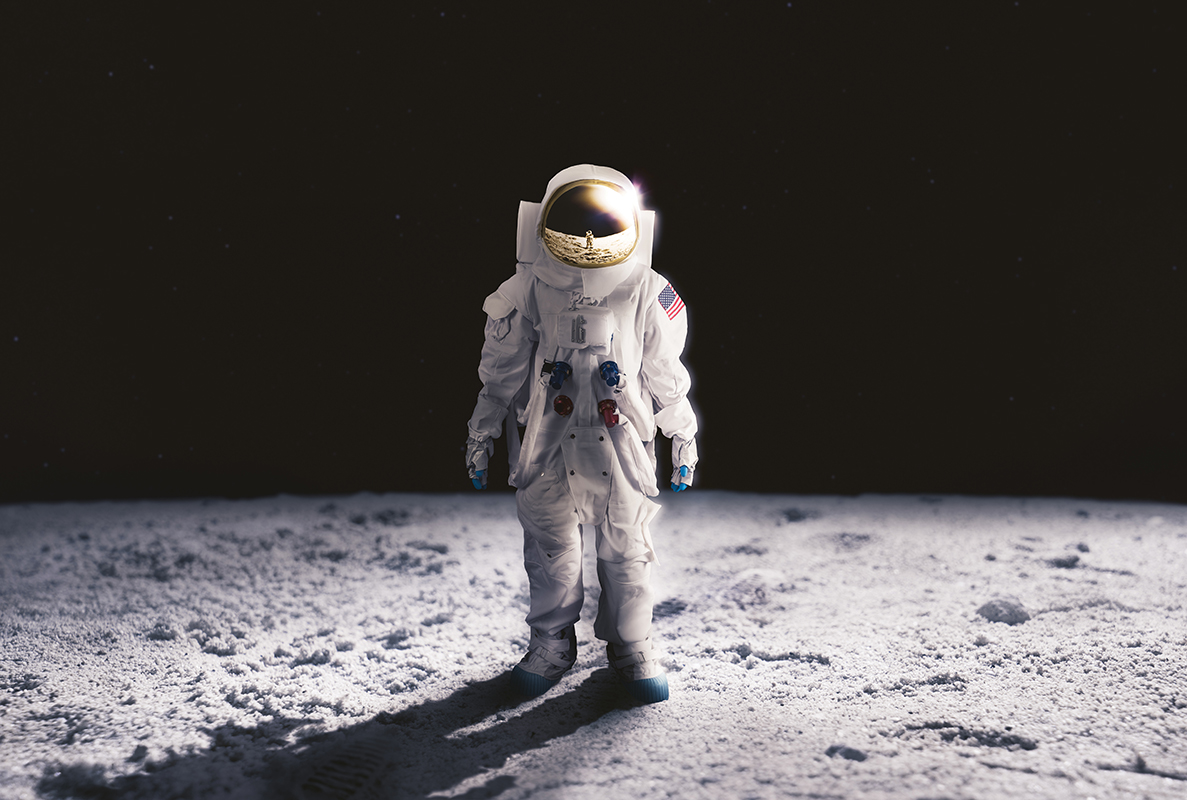 Astronaut standing on the moon

Meredith Vieira of NBC News and Adam Savage of Discovery’s Mythbusters host a special tribute, presented by the National Symphony Orchestra in collaboration with NASA, celebrating the 50th anniversary to the day of the moon landing: July 20, 1969. Emil de Cou leads the NSO performing a new commissioned work by Oscar-winning composer Michael Giacchino as part of a momentous concert with performances and appearances by Pharrell Williams, LeVar Burton, Natasha Bedingfield, Todd Douglas Miller, Jon Bernthal, Charles Fishman, and Mark Armstrong, son of the first man on the moon, Apollo 11’s late Neil Armstrong. Also included in the “One Small Step, One Giant Leap” concert are specially curated visuals from NASA timed to music, along with pre-taped performances and greetings from John “Jack” Schlossberg, Brad Paisley, Elton John, Stephen Colbert, and astronauts on the International Space Station, and a screening of never-before-seen footage of the late David Bowie performing “Space Oddity” live at his 50th birthday concert at Madison Square Garden in 1997. Saturday, July 20, at 9 p.m. Kennedy Center Concert Hall. Tickets are $29 to $149. Call 202-467-4600 or visit www.kennedy-center.org. 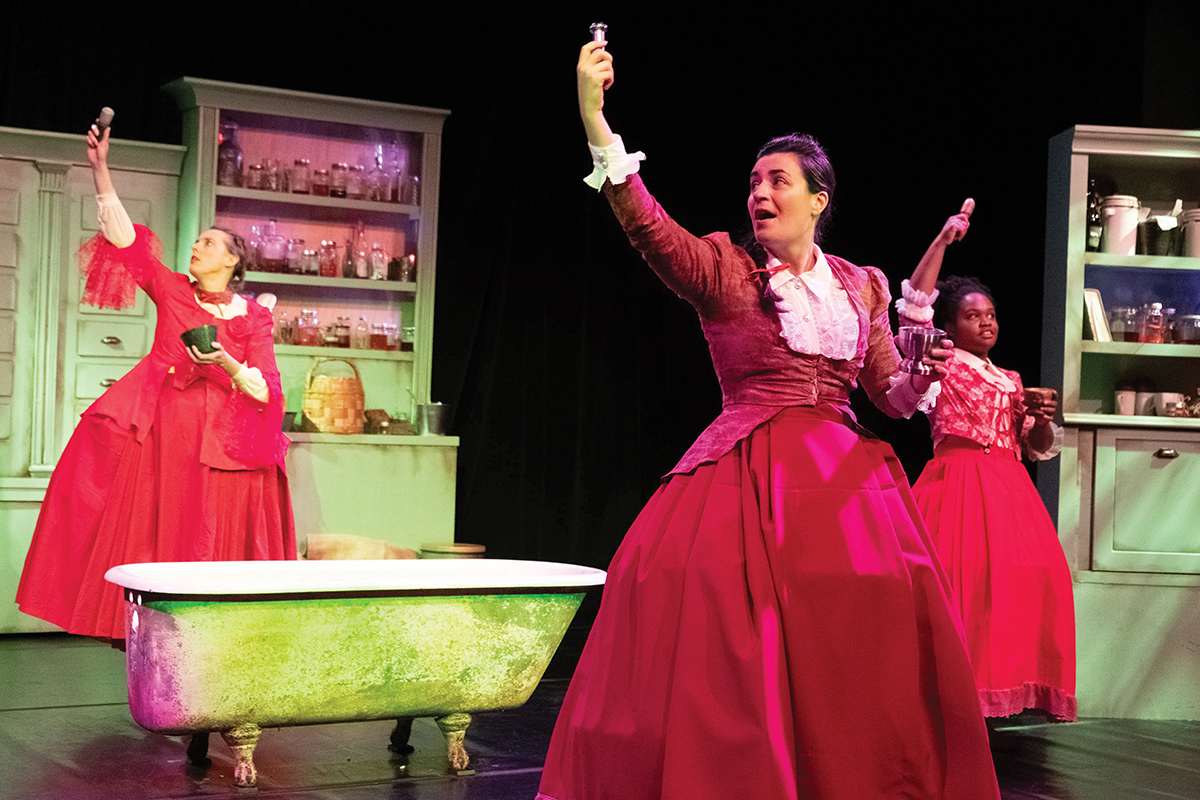 Winner of the 2016 Helen Hayes Award for Outstanding Emerging Theatre Company, the Welders Playwrights’ Collective features a team of emerging local playwrights who collaborate to produce one original show from each member over the course of three years. Now in its final year, the second generation of the collective offers a devised work created by Rachel Hynes and Francesca Chilcote, described as part incantation, part mystery, and part interactive comedy show. Based on interviews with women in D.C. sharing their attitudes toward menstruation, LadyM features three witches making a potion, casting a spell, and sending audiences down a rabbit hole of poetry, horror, ambition, and blood. Drawing on Shakespeare’s Macbeth, the result is billed as a “grotesque comedy [and] highly stylized, absurdist, and radical feminist bloodbath.” Hynes and Chilcote star along with Deidre Staples, Anastasia Wilson, and Vanita Kalra. To July 27. Joe’s Movement Emporium, 3309 Bunker Hill Road, Mount Rainier, Md. Tickets are $18 to $30. Call 301-699-1819 or visit www.joesmovement.org. 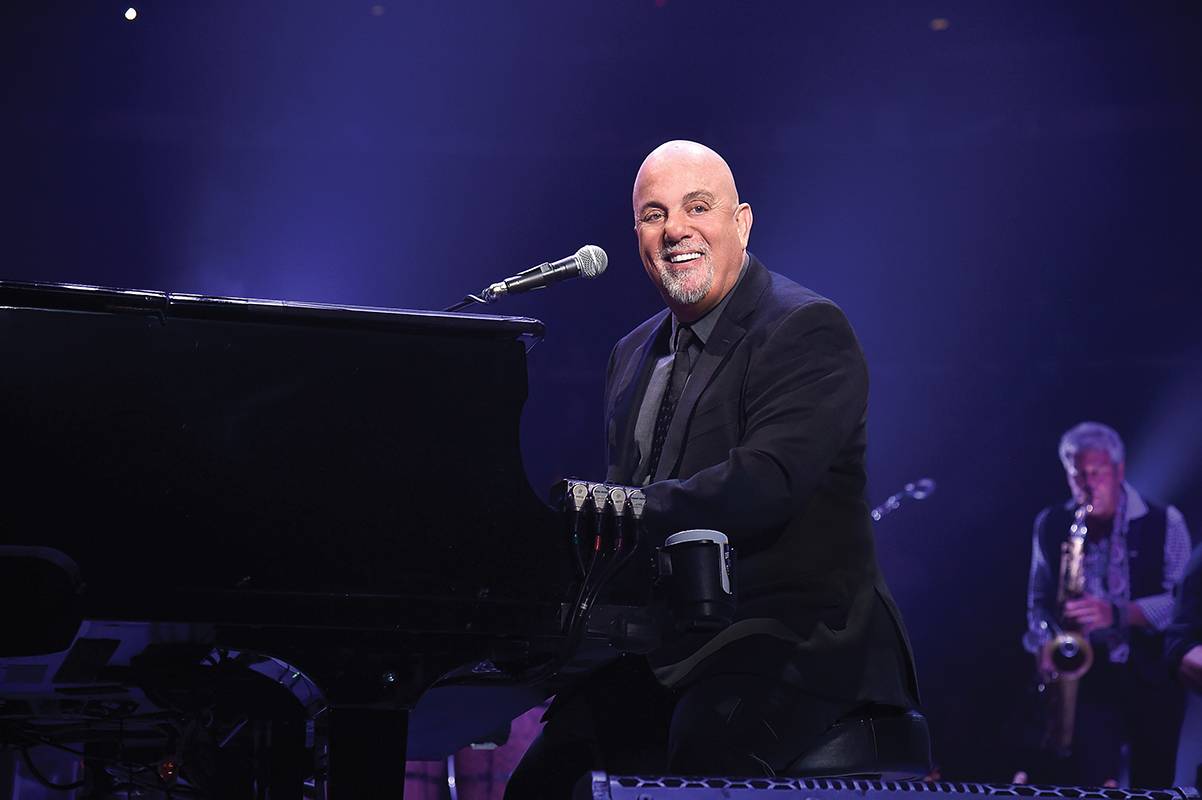 He’s headlined multiple concerts at Nationals Park since the ballpark opened a decade ago. And in 2014, the “Piano Man” started playing one show a month at New York’s Madison Square Garden, making him the venue’s first-ever music franchise. Surprisingly, Joel has never played at the famous home stadium for the Baltimore Orioles. Even more surprisingly, apparently no one else has either. That changes next Friday, July 26, when Joel offers what is billed as the first-ever concert at Oriole Park at Camden Yards. Presented by LiveNation, the Orioles Charitable Foundation will donate a portion of the concert proceeds to support music and arts education programs for kids across the Major League team’s territory. The sixth best-selling recording artist of all time and the third best-selling solo artist, Joel is also responsible for a whopping 33 Top 40 hits — or, too many to pack into just one concert. The show starts at 8 p.m. 333 W. Camden St., Baltimore. Only “Verified Resale Tickets” remain, ranging from $177 to $1,000.01. Call 888-848-BIRD or visit www.livenation.com.