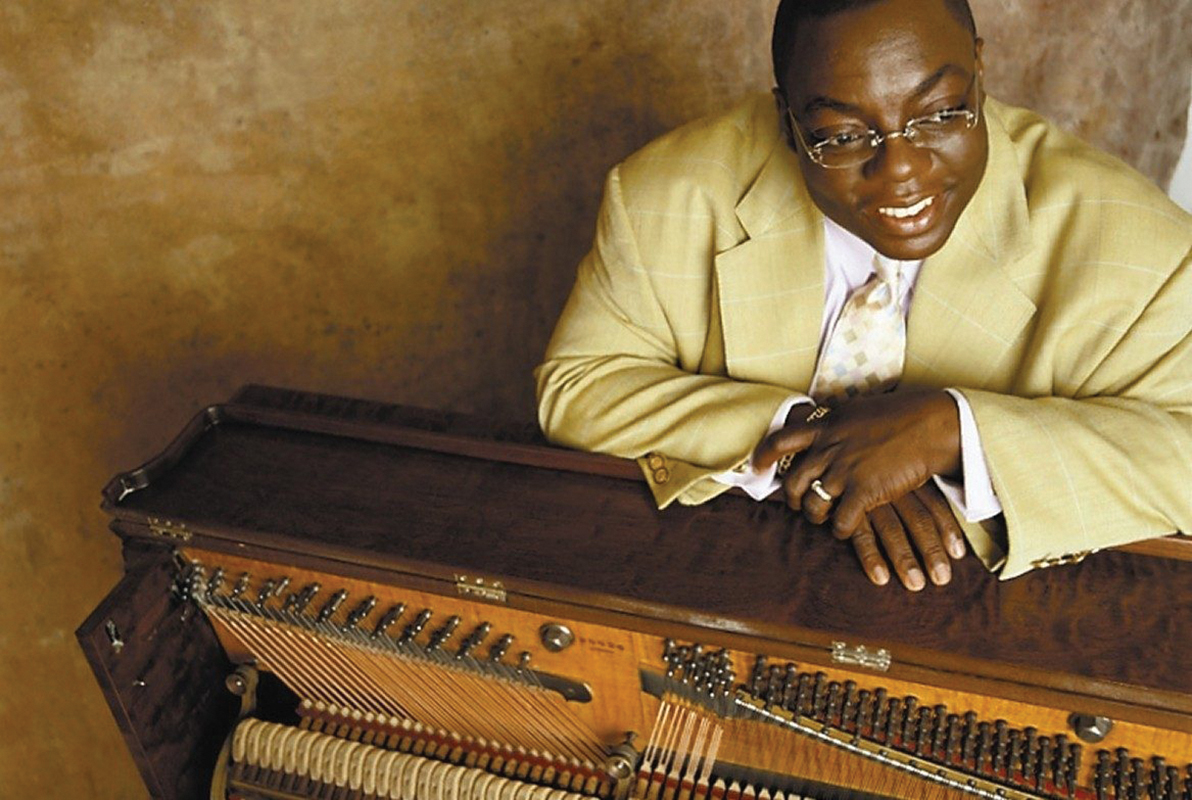 “The best jazz pianist of his generation,” Time music critic Josh Tyrangiel has said of about Baltimore’s versatile virtuoso, who two decades ago portrayed a Count Basie-inspired pianist in Robert Altman’s Kansas City. He returns to D.C.’s leading jazz venue for a run of shows to help close out the summer. Thursday, Aug. 22, through Sunday, Aug. 25, at 8 and 10 p.m. Blues Alley, 1073 Wisconsin Ave. NW. Tickets are $30 to $35, plus $12 minimum purchase. Call 202-337-4141 or visit www.bluesalley.com. 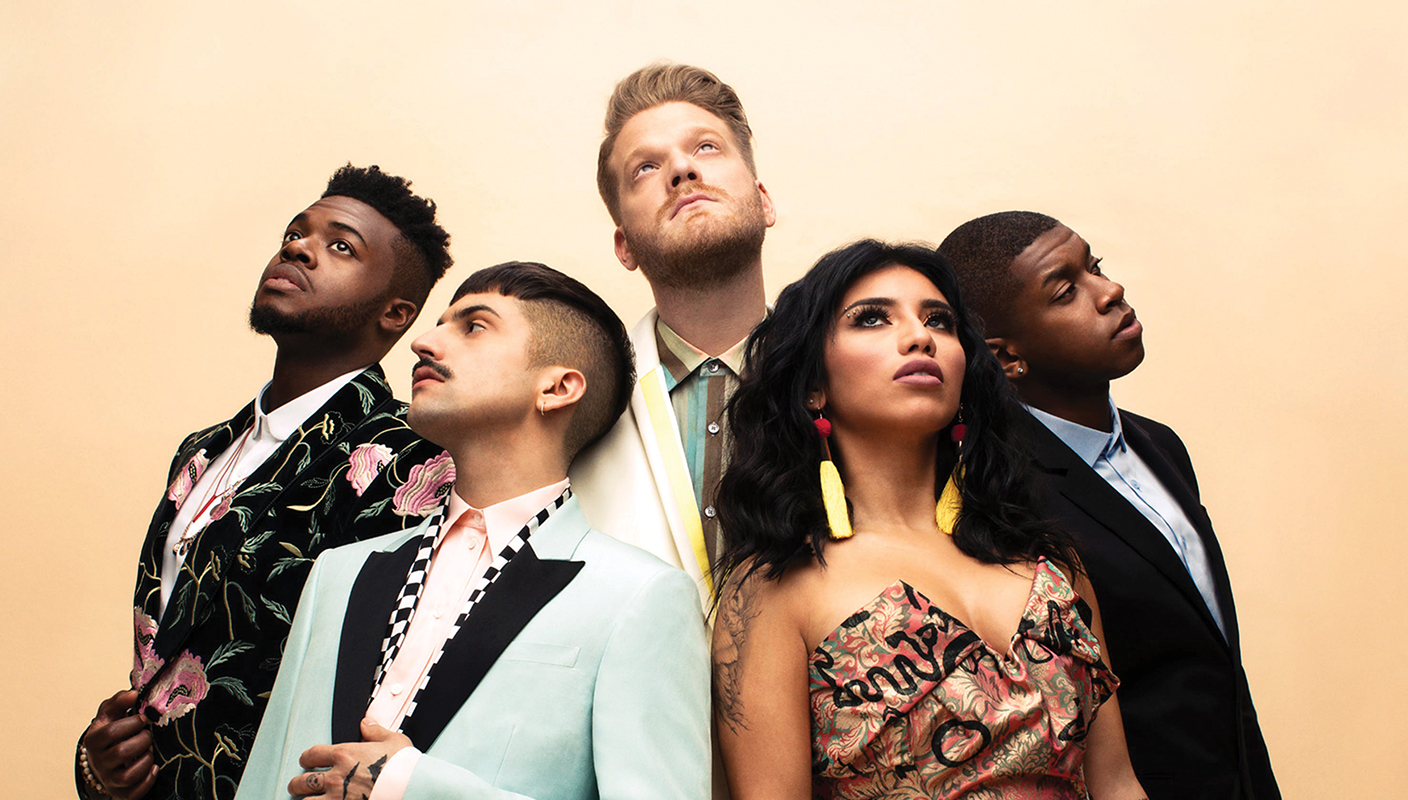 “The World’s Biggest A Cappella Act,” according to Forbes, Pentatonix returns to the area as part of this year’s World Tour of stadiums. Two of the group’s five members identify as LGBTQ — tenor Mitch Grassi and baritone Scott Hoying, who also perform as the musical comedy duo Superfruit — yet the concert’s gay appeal extends beyond them. Special guest Rachel Platten opens the show with a bang by performing her rousing hit “Fight Song.” Monday, Aug. 26. Gates at 6 p.m. Merriweather Post Pavilion, 10475 Little Patuxent Parkway, Columbia, Md. Tickets are $29.50 to $129.50. Call 800-551-SEAT or visit www.merriweathermusic.com. 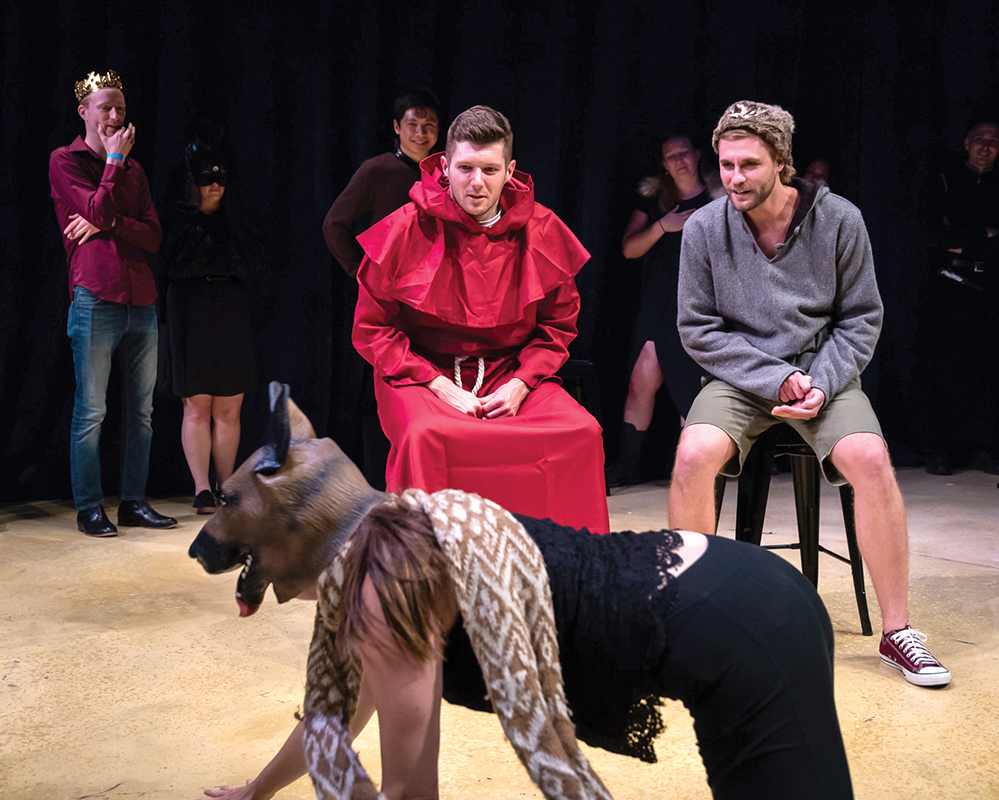 Washington Improv Theater presents a five-day festival of experimental improv featuring nearly 200 shows, ranging from one-of-a-kind experimental performances to annual favorites. Presented at the Source on 14th Street, Improvapalooza features nonstop programming and festival-style seating allowing patrons to enter and exit the theater between acts. Performances continue Thursday, Aug. 22, and Friday, Aug. 23, at 7:30 p.m., Saturday, Aug. 24, at noon and 6 p.m., and Sunday, Aug. 25, at 6 p.m. 1835 14th St. NW. Tickets are $15 in advance, or $20 at the door, or $35 for an All-Palooza Pass. Call 202-204-7741 or visit www.witdc.org. 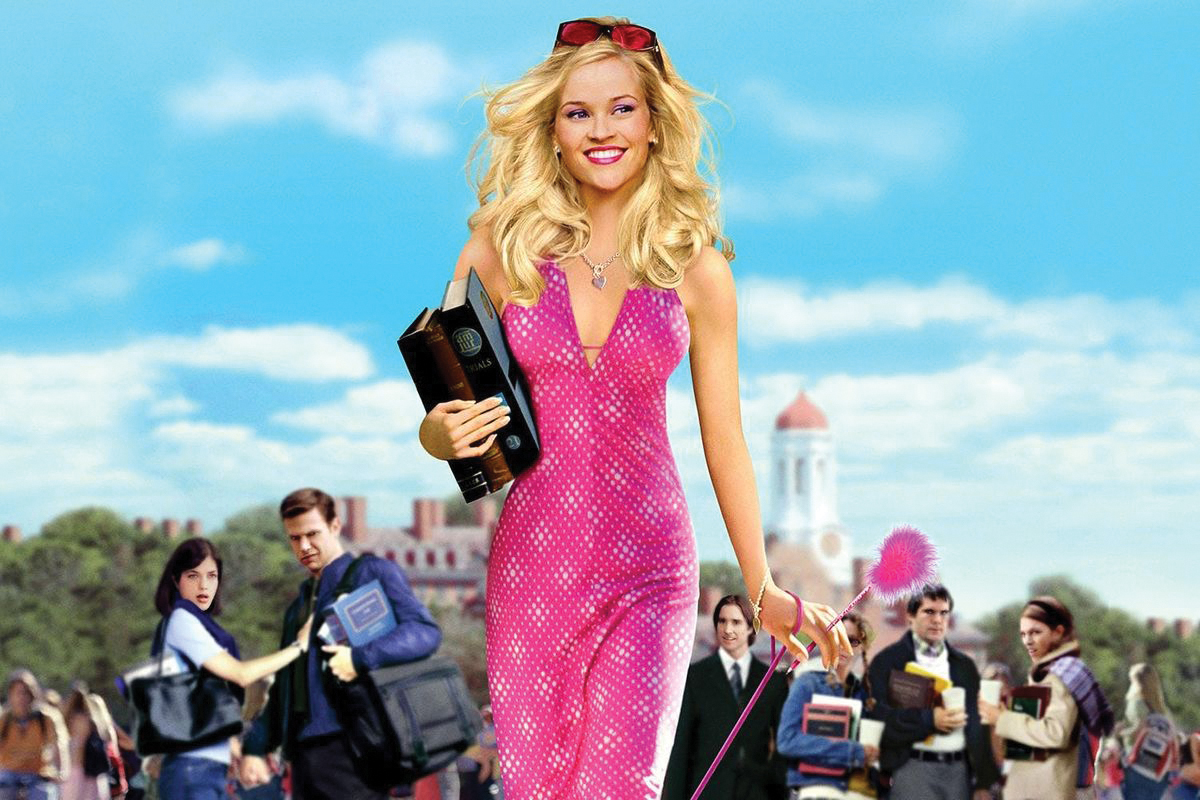 FREE FILMS FOR ALL

This weekend, the Shakespeare Theatre Company presents a mini-film festival in Sidney Harman Hall partly inspired by its popular Free For All. Yet while the organization’s namesake playwright is always the focus of that popular summer theater series, Free Films For All is bard-free. The focus instead is on a handful of recent, crowd-pleasing Hollywood blockbusters. The series kicks off on Friday, Aug. 23, at 8 p.m., with Steven Spielberg’s original dinosaur adventure, Jurassic Park and ends on Sunday, Aug. 25, with Disney’s The Princess and the Frog, at 11 a.m., and Pixar’s Inside Out, at 2 p.m. Yet Saturday, Aug. 24, offers a noteworthy double bill of two influential female-centered comedies that remain relevant despite being released roughly two decades ago: Legally Blonde, the ditzy 2001 courtroom comedy starring Reese Witherspoon (7 p.m.) and Clueless, the 1995 coming-of-age rom-com with Alicia Silverstone (9 p.m.). At the Harman Center for the Arts, 610 F St. NW. Free, but reservations encouraged. Call 202-547-1122 or visit www.shakespearetheatre.org. 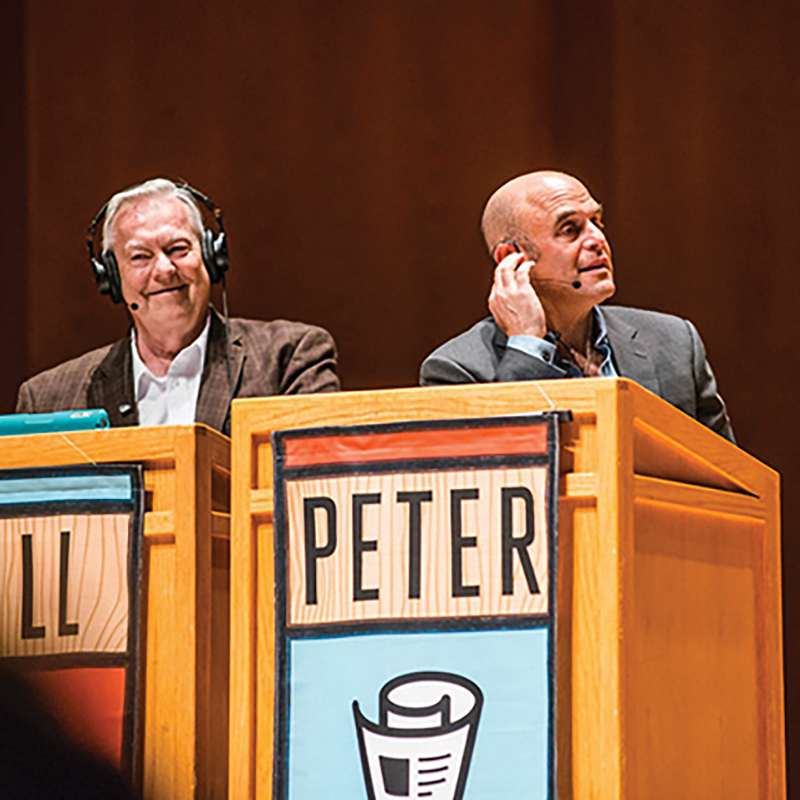 The popular, entertaining NPR news quiz show returns for another annual broadcast from Wolf Trap. Peter Sagal hosts, along with judge and scorekeeper Bill Kurtis, two shows at the venue this year. On Thursday, Aug. 29, they will be joined by panelists Peter Grosz, Negin Farsad, and Faith Salie, while the show Friday, Aug. 30, features Tom “Motel 6” Bodett, Maz Jobrani, and the Washington Post‘s Roxanne Roberts, with a featured celebrity guest to be announced. Gates for both shows open at 6:30 p.m. The Filene Center, 1551 Trap Road, Vienna. Lawn seats at $45 each are the only tickets remaining, and only for the Thursday, Aug. 29, show. Call 877-WOLFTRAP or visit www.wolftrap.org. 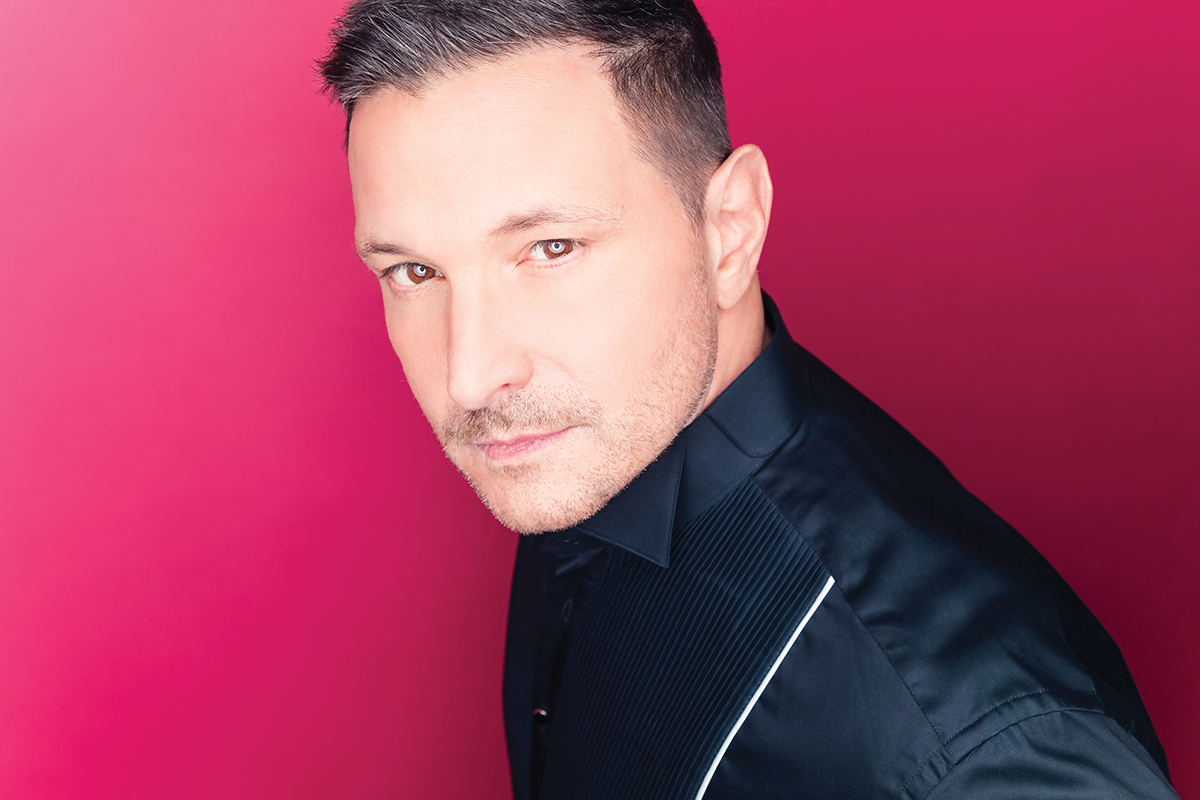 Launched in 2016 by John Lindo and Jim Coakley, with a headline performance by The Voice‘s Billy Gilman, this Labor Day Weekend LGBTQ social dance mainstay returns with a headline performance by Herndon, the veteran Grammy-nominated and Dove-winning recording artist who came out in 2014, becoming the first major gay male country star. Set for Sunday, Sept. 1, at 9 p.m., Herndon will perform with musical accompaniment as part of the capstone party Farewell Dance: Blue and White Cowboy also featuring DC Out DJs including Louis St. George. Festival-goers are encouraged to don elegant or casual blue-and-white garb for a party also offering them a chance to demonstrate the moves they learned and practiced in the classes and workshops to be offered at the three-day “crossover swing, country, and line event.” Held in the ballrooms of the Hyatt Regency Washington on Capitol Hill, DC Out kicks off Thursday, Aug. 29, with an evening dance, with a Blues & Soul party led by DJ John Festa set for Friday, Aug. 30, and the Sparkles, Sequins and Glam evening dance on Saturday, Sept. 1. 400 New Jersey Ave. NW. Tickets to the Sunday concert and dance are $30, or $65 as part of an Individual Day Pass, or $119 for a Full Weekend Pass. Visit www.dc-out.com for more details and a complete lineup of dance instructors.

Randy Shulman is Metro Weekly's Publisher and Editor-in-Chief. He can be reached at rshulman@metroweekly.com.
← Previous Story Editor’s Picks: Sound of Music, As You Like It, Rufus Wainwright, Best in Show, and more!
Next Story → Editor’s Picks: Jennifer Hudson with the NSO, Todd Franson’s Photography, Maryland Renaissance Festival, and more!