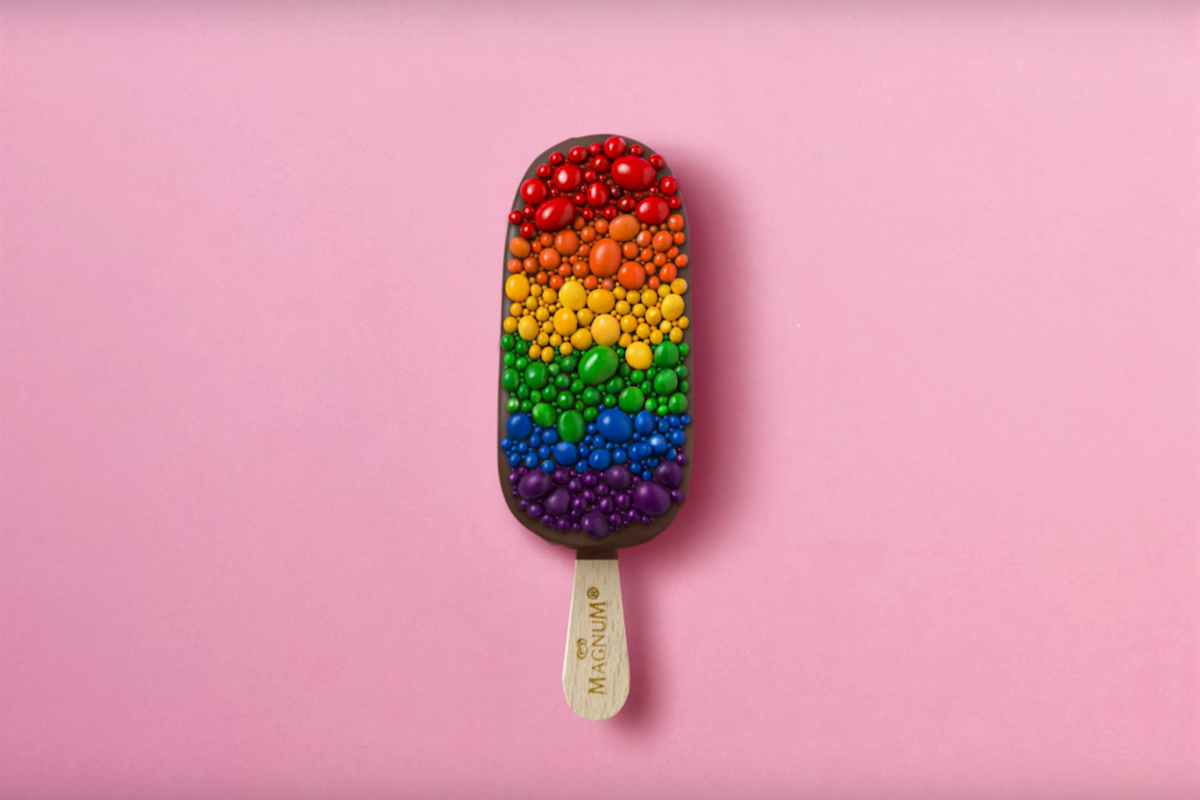 Ice cream brand Magnum is under fire after Spotify ads in the UK compared gay people being jailed for their sexuality to the “guilty pleasure” of eating an ice cream.

The advert features a man saying he can’t hug his boyfriend in public for fear of being imprisoned for ten or more years — and somehow that is comparable to eating Magnum’s products, the London Economic reports.

“A hug for my boyfriend. That’s my guilty pleasure,” the man in the advert says. “Because in my country, just a simple hug with the man I love could send me to prison for more than 10 years.”

According to social media, the advert ends by saying, “Pleasure should never be guilty. Like Magnum ice cream.”

Understandably, that didn’t go over well with users on social media, who slammed the ad as homophobic, “not okay,” and “the cringiest/funniest gay baiting ad ever.”

Just heard an ad that (in short) was a guy saying "My guilty pleasure is a kiss. I like kissing men. Kissing men can send me to prison for 14 years in my country. Pleasure should never be guilty. Like Magnum ice cream" NOPE. NOT THE SAME MY DUDES.

What the hell?!? There are at least 3 versions of the magnum ice cream ad that does a bit about being gay would get me X years in prison followed by a get a magnum, pleasure should be guilty. That's fucked. pic.twitter.com/T0j6Hbxl4g

I know most of y'all probs have Spotify premium so don't hear the ads, but really unsure about the Magnum ad that's talking about homosexuality being a "guilty pleasure" in countries where homosexuality is illegal, like thanks for the awareness but also like not okay

An ad for #Magnum ice cream bars just popped up on my #Spotify and it is the cringiest/funniest gay baiting ad ever. A foreign accented man laments how dangerous it is to hug his boyfriend in his country, but he won't get arrested for eating a Magnum! pic.twitter.com/S6WdzW9p51

@MagnumIceCream your advert comparing the potential to be killed if you're gay to the guilty pleasure of eating a magnum is disgusting, racist and homophobic. Please withdraw it immediately.

Magnum spokesperson said the company “wanted to remind people that what is considered a guilty pleasure isn’t always what you would expect.”

According to a report from the International Lesbian, Gay, Bisexual, Trans and Intersex Association, 70 United Nations members criminalize same-sex relations, and in 26 of those countries the penalty varies from 10 years in prison up to a maximum life sentence.

Seven member states punish same-sex sexual acts with the death penalty, and that penalty is possible in up to five more, based on their interpretation of Islamic Sharia law, CNN reports.

The Kingdom of Brunei caused global outrage earlier this year after it announced plans to start stoning gay people to death if they were convicted of same-sex sexual relations.

After backlash from nations, celebrities, and activists, Brunei issued a statement saying that there would be a “de facto moratorium” on executing gay people — though the country refrained from overturning the death penalty punishment altogether.

Rhuaridh Marr is Metro Weekly's online editor. He can be reached at rmarr@metroweekly.com.
← Previous Story Grindr and other gay dating apps are exposing users’ exact location
Next Story → Magnum is “sorry” for comparing eating ice cream to gay people being jailed