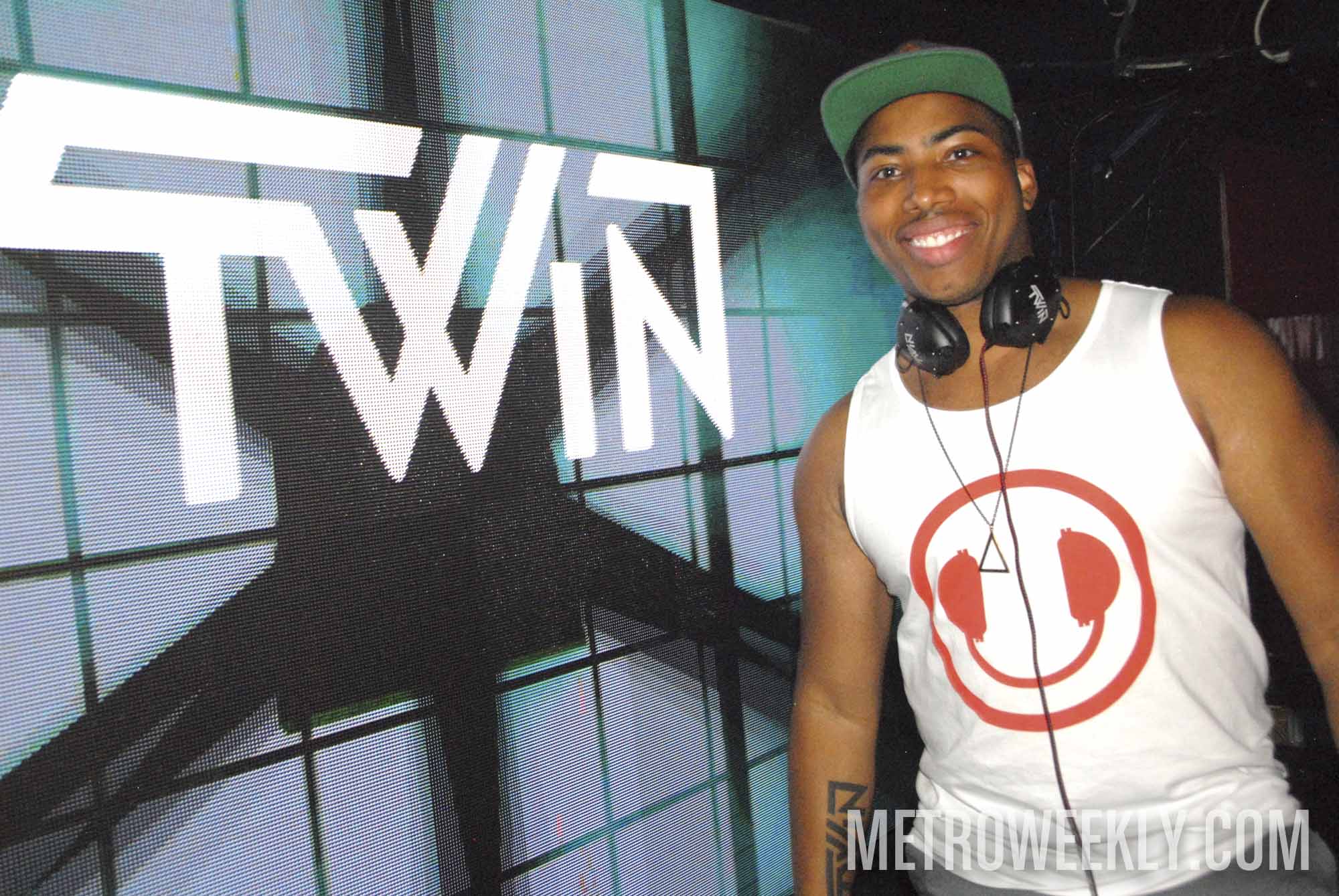 These days, you can hardly put on a gay event, much less operate a bar or club, without enlisting a drag queen — or five — to help with production and promotion duties. Yet despite their near-ubiquity, local drag performers seem to be in short supply — or at least limited enough to inspire one local queen to launch a drag show with the primary aim of helping scout out drag newcomers. Developed and hosted by Bombalicious Eklaver — one of D.C.’s newer drag darlings herself — the monthly revue, held upstairs at the Adams Morgan venue Songbyrd, is open to all, 18-and-up, amateur or professional, as each show’s tip-earning spots are filled by those who throw their wig into the proverbial performance ring that very night — “no advanced sign-ups available.” The third Superstar is set for this Saturday, Aug. 31, starting at 9 p.m. Songbyrd Vinyl Shop is at 2475 18th St. NW. Suggested donation of $5. Call 202-450-2917 or visit www.songbyrddc.com.

SPARK AT A LEAGUE OF HER OWN

When Cobalt closed earlier this year, we lost one of the longest-running LGBTQ nightclubs in D.C. history. Also lost, as collateral damage: One of the city’s longest-running queer women’s dance events, the popular third-Saturdays Bare. Promoter Karen Diehl and her LURe DC team are now ready to reignite. They’ll launch a new party at a new venue, and with a new sense of purpose, this Sunday, Sept. 2, at 9 p.m. The inaugural Spark event at A League of Her Own in Adams Morgan should attract plenty of faces familiar from Bare — among them former Bare bartenders MJ and Erin. DJ KB will be on the decks stirring partygoers on the dance floor. In addition to luring like-minded queer folk to convene, connect, and celebrate their bonds together, each Spark event will also aim to raise money and/or awareness for a specific cause, organization, or “awesome” person. A portion of proceeds from this weekend’s first “party with a purpose” will go toward Annie Winn/Nguyen, better known as DJ Vanniety Kills, the prolific local DJ/promoter responsible for the ongoing, inclusive parties The House That U Built and OverEasy Tea Dance, among others. Tragically, Nguyen suffered a traumatic brain injury last October that rendered her unable to DJ and facing mounting debt. The Spark proceeds will go toward her debt as well as general recovery efforts via the GoFundMe campaign launched by Team Annie friends. A League of Her Own is at 2319 18th St. NW. No cover. 21 and up only. Call 202-733-2568 or visit www.pitchersdc.com.

ELECTRIC RAINBOW: BACK FROM THE BEACH

The first Sunday of every month, DJ Chord throws a weekend winddown party in the unmarked space behind the freezer door in Capo DC, the Shaw sandwich shop. Starting at 5 p.m., this Sunday, Sept. 2 — precisely as some Washingtonians no doubt will be inching their way in traffic en route home from the beach — the September Electric Rainbow will be a dazzling urban respite for the rest of us, with the event’s (anything but) usual performances by KC B. Yoncé and Jazzmin in addition to beats by Chord until 10 p.m. The BackRoom is at 715A Florida Ave. NW. Call 202-910-6884 or visit facebook.com/TheBackRoomCapo.

On Monday, Sept. 2, Trade will observe Labor Day with an afternoon party intended “to celebrate all of you ‘working gurls.'” The bar’s Aaron Riggins will co-host a special holiday outing alongside the one and only Vernon A. Wall, longtime Capital Pride board member who will also be celebrating yet another personal trip around the sun. (It’s worth noting, as a kind of birthday shout-out, that Wall has played a critical role in making the Pride festival the marquee draw it’s become through his work in overseeing the entertainment lineup.) Those who come out for Labor Gay, which runs from 2 to 7 p.m., will be rewarded with “popsicles, cuties, performances” — and the chance for a prize, specifically the raffling of tickets to Capital Pride’s “Music In The Night!” cabaret set for October. Trade is at 1410 14th St. NW. No cover. Call 202-986-1094 or visit www.tradebardc.com.

DJs Sean Morris and Kurt “TWiN” Graves present an incredibly popular holiday-Sunday gay party at the hip, sharply designed nightclub Flash. On Sunday, Sept. 1, the two gay house mixmasters will take turns on the turntables on the main dance floor as usual, with DJ The Barber Streisand on roof decks duty and DJ Bill Spieler setting the groove in the first-floor lounge. While the party won’t stop until 5 a.m. — an hour after last call for alcohol — chances are you’ll spend a good chunk of otherwise peak-hour dance time idling in line — if, that is, you don’t arrive as soon possible after doors open at 10 p.m. Flash is at 645 Florida Ave. NW. Cover is $20. Call 202-827-8791 or visit www.facebook.com/flashydc.