An excerpt from "Night Beast"

By Metro Weekly Contributor on August 1, 2019 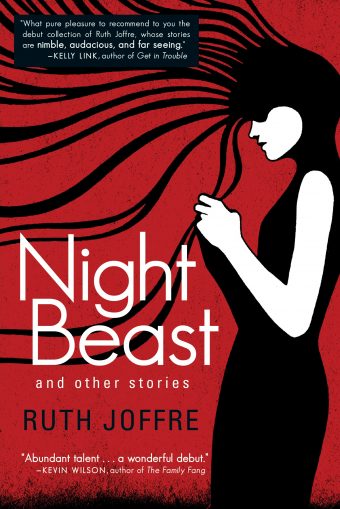 We settled into a rhythm. Andie had softball practice every other day, and we would meet out by the bleachers to head to the park. Our school team was the Lady Cougars. While they practiced, I sat in the grass near third base, catching foul balls with the glove Andie let me borrow. I have to say: they weren’t very good, the Lady Cougars. They could catch the ball, and they could throw, but Lord knows they couldn’t hit. Nearly every pitch wound up being a grounder, a pop. Once, Andie sliced the ball and smacked a girl on the thigh. Then, on an otherwise ordinary day, Andie cracked a clean, long drive across the ballpark, and I realized: she wanted me to join the team. Her coach even called the house to suggest it.

My uncle was home that day. He stood in the kitchen making a fresh pot of coffee, while my mother sat through a long lecture about the benefits of team sports: the character building, the exercise. When it was over, he leaned back against the counter and said, “That Silvan girl’s a bad influence.” There had been rumors about us. All of them circumstantial. When I said it was innocent — we were just friends — he shook his head. He said, “You can find better friends,” as if it were obvious. “This town is full of good, hardworking people and nice, God-fearing children who would help you if you let them. I don’t know why you’re afraid to talk to people.” He started bending over to wipe up a coffee spill and scowled horribly when my mother told him to give me a break.

“It isn’t easy going to a new school. She just needs some time to adjust.”

“She’s had time, and she’s wasted it. She can barely say hi to me.”

My mother threw up her hands. “It’s just a softball team. She doesn’t have to join.”

“Well.” He squeezed the sponge with an air of finality, taking the time to rinse it clean.

My mother told him she wouldn’t force me to do anything I didn’t want to do, but it didn’t matter. Their conversation was already over. He went down to Medford, and my mother put on her uniform, pulling her hair back in a ponytail as she told me she was going to deep clean the pizza ovens that day. “I’m so excited.”

When my mother was gone, I headed straight to Andie’s, where the daphne was in bloom and the bumblebees were humming. We spent the day at our spot: an old, abandoned shack with a rusted pickup in front, rotten boards inside, and what used to be a tire swing before the animals chewed through the rope. Some days, after a particularly hard practice, we’d sit with our backs to the door, chucking pebbles into the tire. She’d bring sandwiches, pilfered beer. It was nice. “My uncle doesn’t want me to see you anymore,” I said.

Andie paused, trying to be brave. “What did he say about me?”

I dug my face into her shirt, telling her they were fighting, my mother and him. There had been several fights — all of them secret and terse, conducted when they thought my back was turned, though I always heard. “I don’t know what he’s going to do.”

She stroked my hand hopefully. “What do you want?”

“I want my friend,” I cried, but even then I knew this wasn’t what Andie wanted to hear. When she handed me a beer, later, I saw the hurt in her face and the care she took in hiding it. “It just makes me so mad. It’s like he thinks he owns me.”

Her solution was to say the hell with him. “Here,” she said, standing up and offering me a hand. “I’m going to teach you how to shoot this gun.” Not the BB gun, but a real pistol — a hand-me-down her uncle had given her when he saw how good her aim was getting. She lined up all the empty bottles she could find on the hood of the pickup, then settled in behind me, steering the gun into my hands. “Spread your legs, or the recoil will knock you back.” That made Andie taller than me, giving her space to bend her knees between my thighs. I could feel her legs under mine, feel her chin resting on my shoulder, her hands, the way they let go just as I was about to pull the trigger. I missed, but I did it on my own, shooting again and again until finally I hit one bottle.

I walked over to survey the damage. My misses had been wide misses, bullets ricocheting into the woods, but my hit had been solid, sure; the bullet broke the neck off the bottle, shattering it into long, jagged pieces I pinched between my fingers, wondering if they’d cut. Andie took the gun away, pleased with my performance, and lay back on the ground, sighing blissfully. I saw no reason not to join her then. It was late afternoon, light pouring through the trees. My sweatshirt, a gift from Andie, glowed crimson in the sun, its letters spelling DePaul, where her mother went to college. Andie was rubbing a stone with her fingers — a flat, smooth stone like the kind she might skip. “I snuck down to the Peninsula last night,” she said.

I turned my head to the side, but she was staring at her hands, their slow, steady motion.

“I thought I might wake you,” she said, then pressed the stone to her lips and told me she ran into the Hayward boy. Just him. None of his friends. “We kissed.” There was a quiet then, like she was trying to tell me something else. After a long moment, she turned on her side, her face thin and serious. “Have you ever kissed a boy?”

I couldn’t answer. I stared at the leaves falling around us. At how their crinkled points got lost in the strands of her hair. There was dirt on her cheek, a smear just below the bone, so I wiped it away with my thumb. This moved her, and she leaned in, fitting her lips to mine, asking nothing of me, except that I understand. I closed my eyes in order to ground myself, feeling a light blow through me, feeling blood rush to my wrist and to my ears, where Andie put her hands in my hair and stroked. I let her kiss me for a long time.

I sat up, hissing at the pebble in my back, then kicked at a beetle moseying its way across a mossed-over tire. She didn’t restrain me. When I heard her breathing behind me, I stood. I knew I wasn’t going back to my uncle’s — I knew that — but I kept walking in that direction, and when I came to the roots of a tree I didn’t know what to do, so I started to climb. Andie followed after a time, settling farther down on the opposite side. She shut her eyes, leaning her head against the trunk. “Are you going to be mad at me forever?”

“I’m not mad,” I said, realizing for the first time that I never had been. “I just don’t know where to go from here.”

Night Beast, first published in May 2018, is available online at Politics and Prose and Amazon. For more information on Ruth Joffre, visit www.ruthjoffre.org.