A recently published study on LGBTQ political leanings finds that transgender individuals are “significantly less liberal” than even cisgender men.

The study, “A Rainbow Wave? LGBTQ Liberal Political Perspectives During Trump’s Presidency,” was conducted by a University of Oklahoma sociology professor Meredith Worthen in the weeks after the November 2018 elections.

Worthen surveyed an online representative sample of 3,104 adults in the United States to gauge their political beliefs and how strongly they embrace liberalism. About half, or 1,555 individuals, identified as LGBTQ non-heterosexual people.

The survey examined people’s self-reported ideologies, asked them whether they identified as “feminist,” and gauged their support for laws and policies that support people in poverty, racial or ethnic minorities, immigrants, and women.

According to the study’s findings, lesbian, gay, bisexual, pansexual, and asexual people are significantly more liberal than their cisgender heterosexual counterparts.

Compared to cisgender men, cisgender women are more liberal, even within the LGBTQ community.

Within the LGBTQ community, bisexual people are less liberal than lesbians and gays.

But perhaps the most surprising finding is that transgender-identified individuals are less liberal than their fellow LGBTQ community members and even than cisgender men.

Conversely, non-binary individuals — who are often lumped in with transgender people under the “T” — are significantly more liberal than either trans men or trans women.

Worthen notes that there has been a shift among younger generations toward identifying as non-binary, particularly among those who are more liberal.

Worthen hopes to further examine the difference between non-binary and trans-identified individuals in a yet-to-be-published article.

In 2018, Worthen proposed a dual-layered social justice and empathic concern theoretical framework that she utilizes in her analysis.

That framework proposes that liberal perspectives among LGBTQ people are constructed from personal experiences with stigma, and their empathy for other stigmatized people.

As such, LGBTQ people writ-large may be more likely to identify with an empathize with other “underdogs” who lack power or influence when considering social justice issues.

That may translate into stronger support for policies geared towards uplifting historically marginalized groups such as racial or ethnic minorities, immigrants, and women.

Asked why transgender people do not align as strongly with liberal attitudes as other LGB individuals, Worthen suggests that trans people may have a different relationship with liberalism than cis men or women do.

She notes that if younger, more liberal people are identifying more with the “non-binary” label, that may result in making the group of people who identify exclusively as trans more conservative.

She says more research is needed to delve into the details of transgender versus non-binary people’s political attitudes.

“This is a much understudied area and we just don’t know enough about these groups to make broad sweeping claims,” Worthen says. “This study is just one piece of the story.” 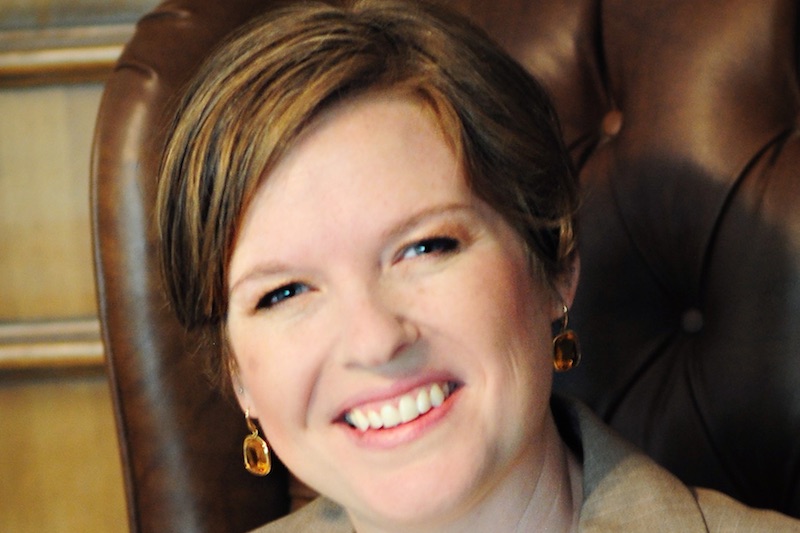 That said, just because someone has a more conservative ideology doesn’t mean they necessarily wholeheartedly embrace conservative candidates when it comes to voting behavior.

For example, she says, someone who identifies as conservative may be more liberal when it comes to LGBTQ issues or other social policies.

Worthen clarifies that her survey did not specifically ask about party affiliation or support for Trump.

“The point of this research is to take a look at what’s going on with these differences,” she says. “It’s surprising that this came about. But just because trans women are less liberal than these other groups doesn’t mean they’re conservatives voting for Trump.

“There is something going on here, where trans women are not feeling that their needs are best met by liberalism,” she continues. “It doesn’t mean they’re running over to Trump, it just means these examinations of their liberal identities are revealing these types of differences. … I do think that the voices of trans people need to be heard, much more so than they have been. We really just need more research about this topic generally.”

John Riley is the local news reporter for Metro Weekly. He can be reached at jriley@metroweekly.com
← Previous Story Harris, Sanders, and Booker campaigned at Nevada church where pastor equates gay people with child molesters
Next Story → Nevada father accused of killing his gay son released on bail and placed under house arrest