Dolls feature accessories that allow kids to "express themselves freely" 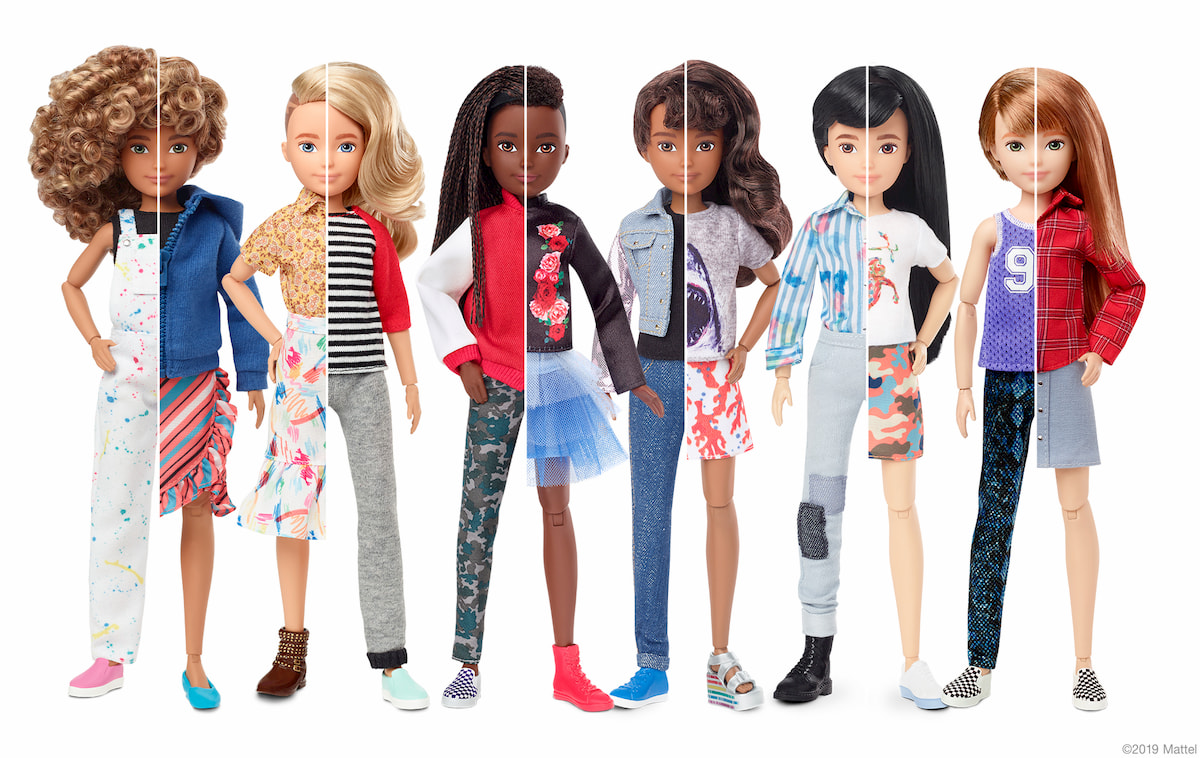 The company told Time magazine that it realized a gap in its current line-up — which includes Barbie — for a doll with no discernible gender.

The dolls, which Mattel is calling the world’s first gender neutral doll, lack gender-identifying features, and can be customized with a variety of accessories such as long or short hair and gender neutral clothing including t-shirts, jeans, and hooded tops.

Each doll comes with over 100 possible looks based on the included accessories, according to Mattel, and dolls are available with a variety of skin tones and hair types and colors.

Monica Dreger, head of consumer insights at Mattel, told Time that the Mattel tested the doll with 250 families in seven states, and that 15 of the children in the tests identified as trans, gender-nonbinary, or gender fluid.

“There were a couple of gender-creative kids who told us that they dreaded Christmas Day because they knew whatever they got under the Christmas tree, it wasn’t made for them,” Dreger said. “This is the first doll that you can find under the tree and see is for them because it can be for anyone.”

Mattel President Richard Dickson noted that the doll wasn’t intended as a political statement, saying, “We’re not in the business of politics and we respect the decision any parent makes around how they raise their kids. Our job is to stimulate imaginations. Our toys are ultimately canvases for cultural conversation, but it’s your conversation, not ours; your opinion, not ours.”

He added: “I think being a company today, you have to have a combination of social justice along with commerce, and that balance can be tricky. Not everyone will appreciate you or agree with you.”

The Creatable World dolls will retail for $30 and are available online from Amazon, Target, and Walmart.

“This line allows all kids to express themselves freely, which is why it resonates so strongly with them,” Culmone said. “We’re hopeful Creatable World will encourage people to think more broadly about how all kids can benefit from doll play.”

Betty Who on her queer identity: “I don’t even know what I am”