Creating Change 2020: Everything You Need to Know

By John Riley on October 31, 2019 @JohnAndresRiley 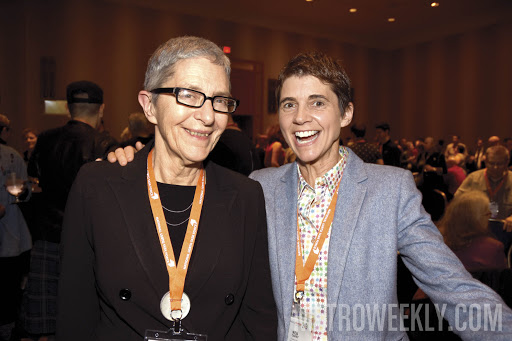 The organizers of Creating Change 2020 have a simple mantra for the upcoming event: “Everything is bigger in Texas.”

That’s according to Andy Garcia, director of the National LGBTQ Task Force’s annual conference, which takes place January 15-19 in Dallas. “We’re expecting a larger attendance than last year,” he says. “We have a lot more space at the hotel, and we plan to use it in some really exciting and fun new ways.”

Organizers are placing greater emphasis on participant enjoyment, particularly on the conference’s final day. “We are really focusing on fun,” says Garcia. “We’re putting in place some new activities, including a send-off celebration that looks different from years past. We have two game nights and a film screening series.”

Garcia is also excited about the keynote speaker, angel Kyodo williams, a Buddhist sensei and the second-ever black female Zen teacher, as well as a plenary focusing on immigration issues ahead of the 2020 election. And during Executive Director Rea Carey’s “State of the Movement” address, there will be a specific focus on the increasing number of murders of trans women of color and how to combat that trend.

The overall theme of this year’s conference, “Love, Learning, and Liberation,” marks a shift from the past two years — which were largely focused on resisting the Trump administration’s anti-LGBTQ actions and keeping alive the spirit of the Stonewall Uprising by persisting in the fight for full, lived equality.

“We want to emphasize what we can do as a movement and as a movement leader to really focus on lifting one another up, and directing our activism and energy towards the folks in power who are making us feel powerless,” says Garcia. “We want to reclaim that power and celebrate what people are doing that’s working.”

It’s Creating Change’s ability to be tailored to each participant’s individual interests that Garcia says makes it such a rewarding experience. With more than 200 workshops focusing on a variety of topics, there is truly something for everything.

“Creating Change is one of the most uplifting experiences I’ve ever had, and I know that there are thousands and thousands of people over the past 33 years who would agree with that,” says Garcia. “It is a fantastic place to recharge, to get fed with new information, to build new relationships. It is really a magical space that is all about queerness and love. It’s a space where you can be you.”

Regular registration, which runs through the start of the conference, costs $550, and the rate for limited-income participants is $175. To register, and for more information, visit www.creatingchange.org.

John Riley is the local news reporter for Metro Weekly. He can be reached at jriley@metroweekly.com
← Previous Story Virginia Beach Human Rights Commissioner resigns over anti-LGBTQ Facebook posts
Next Story → Virginia Elections: LGBTQ Rights Are at Stake on the Ballot