If you've noticed an increase in faceless Grindr profiles looking for "discreet fun," now you know why.

A group of ex-gay activists are visiting D.C. this week to lobby against the Equality Act and other pro-LGBTQ legislation.

The “Formers,” as they like to be known, are people who claim to have left behind their LGBTQ identities in favor of embracing their Christian faith.

According to LGBTQ Nation, the group is affiliated with Church United, a California-based nonprofit that promotes the false idea that religion can change a person’s sexuality or gender identity.

Fifteen “Formers” will be in D.C. between Oct. 28 and Nov. 1, where they’ll spend their time campaigning against the Equality Act and the Therapeutic Fraud Prevention Act, and definitely not visiting D.C.’s LGBTQ nightlife hot spots and loading up Grindr in their hotel rooms.

In a press release, the “Formers” call the Equality Act — which would enshrine nondiscrimination protections for LGBTQ people in federal law — an “unnecessary concession to the false idea that members of the gay community are marginalized.”

“Unlike with the African American community, who have centuries of culturally driven abuse and forced destabilization, those who identify as LGBTQ have been empowered in our modern society as scientists, literary giants, and even politicians when they have chosen not to prioritize their sexual mores,” the group writes.

As for the Therapeutic Fraud Prevention Act — which would ban conversion therapy nationwide by declaring it a form of consumer fraud due to its harmful and ineffective nature — the group says the legislation “minimizes the lives of thousands of Formers by declaring ‘there is no scientifically valid evidence that supports the practice of attempting to prevent a person from being lesbian, gay, bisexual, transgender, or gender nonconforming.'”

Which, you know, there isn’t. Just ask the former ex-gay advocates who have since come out and said conversion therapy doesn’t work.

But the “Formers” argue that America “does not need anti-discrimination laws or bans against treatment for those seeking to live out their faith biblically; we need a renewed belief in the dignity and beauty of all of humanity in its diversity.”

Among the 15 people visiting D.C. are two survivors of the Pulse nightclub shooting in Orlando in 2016, Angel Colon and Luis Javier Ruiz.

Colon and Ruiz now claim to have “overcome” their sexuality and advocate for the ex-gay movement.

Earlier this year the pair organized a “Freedom March” in Orlando which invited attendees to “share our stories of overcoming homosexuality and celebrate Jesus.”

Social media posts from those on the “Formers” trip show members of the group visiting the U.S. Capitol. Whether they have successfully met with any lawmakers is unknown.

However, neither the Equality Act nor the Therapeutic Fraud Prevention Act are expected to pass through Congress while the Senate remains under Republican control.

Which begs the question as to why a group of people who claim to no longer be LGBTQ are visiting D.C. — particularly on Halloween, when it would be incredibly easy to slip on a costume and pass unnoticed in one of the many LGBTQ parties occurring this week.

(Pssst: If any Formers are reading this, we have a great guide to all the parties and events here.)

The idea that sexuality or gender identity can be changed or “cured” has been rejected by most major professional medical and psychological associations, and earlier this year a team of medical experts called for a nationwide ban on the practice of conversion therapy, citing its harmful effects on the mental health of those subjected to it.

The ex-gay movement has also seen several of its former leaders since come out and advocate against the idea that LGBTQ people can change their identity, whether through religious belief or conversion therapy.

In September, one of America’s biggest conversion therapy advocates came out as gay and admitted that the practice is not only a “lie,” but also “very harmful.”

McKrae Game, founder of Hope for Wholeness, said that his organization has harmed “generations of people” by telling them they could — and should — change their sexuality or gender identity. 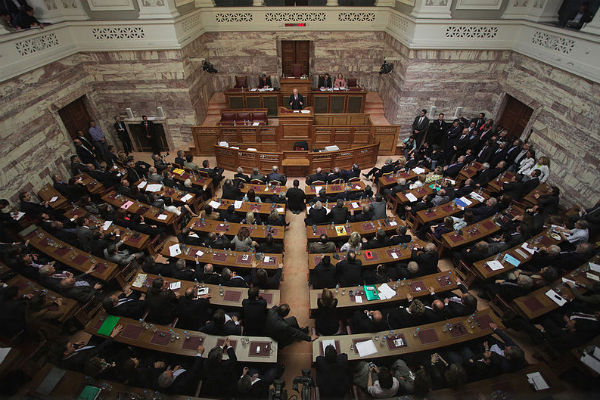