By John Riley on October 17, 2019 @JohnAndresRiley 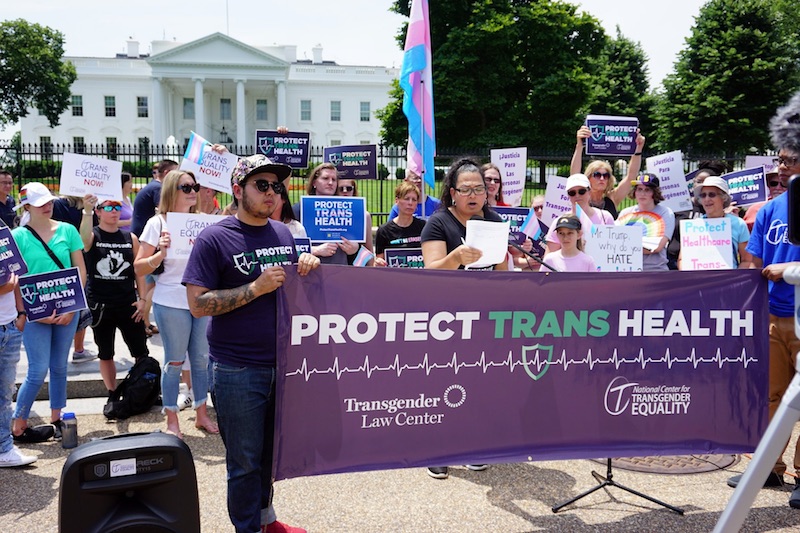 A federal judge has struck down nondiscrimination health care protections for transgender patients in the Affordable Care Act.

Judge Reed O’Connor of the U.S. District Court for the Northern District of Texas overturned the provision contained in Section 1557 of the Affordable Care Act, which prohibited insurers and providers who receive federal money from denying treatment or coverage to anyone based on sex, gender identity, or termination of pregnancy.

But O’Connor overturned the protections on the ground that they violate the religious freedom of Christian medical providers.

Under the provision, doctors and hospitals were required to provide any services deemed “medically necessary” to transgender patients, so long as those services are identical to those that they would provide to cisgender patients.

O’Connor, who last year ruled that the entire Affordable Care Act is unconstitutional, argued that the provision containing the nondiscrimination protections violates the Religious Freedom Restoration Act, reports The Hill.

“When applying RFRA’s test to a federal agency rule, a court must first determine whether the rule ‘imposes a substantial burden on the exercise of religion,'” O’Connor wrote. “…[T]he government must analyze RFRA claims on a case-by-case basis and must ‘explain how applying the statutory burden “to the person” whose sincere exercise of religion is being seriously impaired furthers the compelling governmental interest.’

“…[T]he Court stated that, even if Defendants had a compelling interest, they ‘failed to prove the Rule employs the least restrictive means.’ The Court provided examples of other less restrictive means the government could use to ensure access to transition procedures and abortions, including assisting individuals seeking such procedures by finding healthcare providers who offer those services and then assuming the cost,” O’Connor added.

The provision was initially challenged in 2016 by the Franciscan Alliance, a group of Christian providers, and five conservative states, who argued that the provision would force insurers to pay for abortions and force doctors to perform abortions or gender confirmation surgery, even if they have personal moral objections to providing those services.

O’Connor agreed with the Franciscan Alliance, issuing a nationwide injunction to prohibit the government from enforcing the provision.

As a result, hospitals and providers were allowed to deny certain types of care without fear of being sued while they awaited O’Connor’s final ruling.

The Obama administration initially defended the nondiscrimination provision, but the Trump administration decided not to defend the constitutionality of Section 1557, arguing instead that the rule should be rewritten.

It is currently working on a fix, and has already issued a proposed rule that would define “sex discrimination” as instances where a person receives disparate treatment because of their biological sex at birth.

O’Connor’s ruling is expected to be appealed, in which case the court would head before the 5th U.S. Circuit Court of Appeals.

“Our transgender family has God-given dignity and deserve respect and access to the care they need,” Rev. Jennifer Butler, the CEO of Faith in Public Life, said in a statement. “This immoral ruling denies transgender people necessary care, putting their lives at risk. My faith teaches me that every person is precious. Our laws must protect trans lives.”

The Fenway Institute, the research and policy arm of Fenway Health, a federally-qualified health care center specializing in LGBTQ-affirming care, criticized the logic used by O’Connor in issuing his decision.

“Treating transgender patients in a nondiscriminatory manner, with compassion and respect, does not violate religious freedom,” Sean Cahill, the director of health policy research at The Fenway Institute, said in a statement. “This overly broad ruling threatens the ability of transgender people to access health care and will exacerbate discrimination in America. In health care settings, it certainly violates the oath to ‘first, do no harm.'”

John Riley is the local news reporter for Metro Weekly. He can be reached at jriley@metroweekly.com
← Previous Story Spirit Day: 2020 Democrats tell LGBTQ youth “it does get better” and they’re “not alone”
Next Story → Arizona art teacher fired for allegedly discriminating against transgender student