The Feed: Miley Cyrus thought she ‘had to be gay’ – ‘Dangerous’ app claims to identify gay DNA – Marriage equality in Northern Ireland 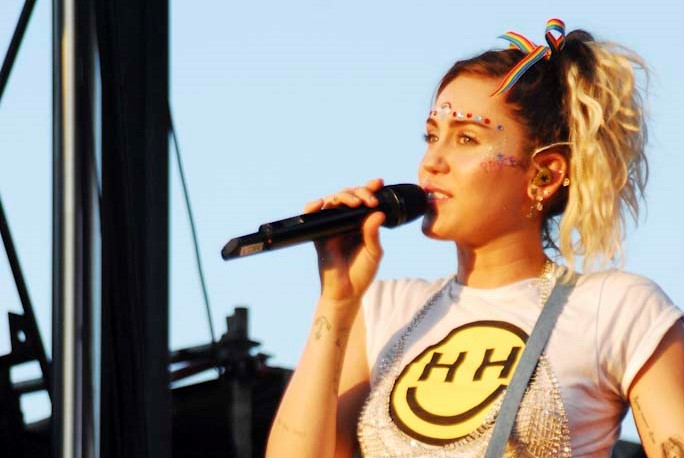 Same-sex marriage will become legal in Northern Ireland tonight, Miley Cyrus is under fire for her comments on sexuality, and an app that claims to tell users “gay” they are is has been branded dangerous by scientists — here’s some of the LGBTQ stories you need to know:

Miley Cyrus, who came out as pansexual in 2015 and gender-neutral in 2017, has drawn criticism for an Instagram Live video in which she said, “You don’t have to be gay, there are good people with dicks out there, you’ve just got to find them,” PinkNews reports. The singer added, “I always thought I had to be gay because I thought all guys were evil but it’s not true. There are good people out there that just happen to have dicks.” She was subsequently criticized on social media for suggesting that being LGBTQ is a choice, with one user tweeting, “Is @MileyCyrus actually stupid? Cause this is a stupid message, from a stupid person, to idiots who think they ‘have to’ become gay because a gender disappoints them.”

Is @MileyCyrus actually stupid?
Cause this is a stupid message, from a stupid person, to idiots who think they “have to” become gay because a gender disappoints them. That’s a stupid narrative encouraging the illusion that it’s a choice and a flimsy button. Are you mad? https://t.co/FID5CAAJHw

An app that claims to be able to tell how “gay” a person is from their DNA results has been branded “useless at best and dangerous at worst” by scientists, Futurism reports. The GenePlaza app, originally called How Gay Are You?, claimed to identify a person’s degree of same-sex attraction, but Deanna Church, a genetics expert, called it “garbage” and said “the potential for misuse is great”. “My thoughts on this app is that it is garbage,” Church said. “You cannot tell ‘how gay’ someone is from looking at their DNA, and I don’t think you will ever be able to do this.”

Australian rugby player Israel Folau said he would “absolutely” post more anti-gay content on his social media. Folau was heavily criticized last year after saying God’s plan for gay people was “HELL.. Unless they repent of their sins.” Per Gay Times, he told the Australian Christian Lobby that he “knew it was going to be offensive,” but would “absolutely” post it again. Folau was sacked by Rugby Australia in May for his social media posts, which also included calling transgender people evil.

Same-Sex Marriage Will Soon Be Legal in Northern Ireland

A last-minute attempt to derail same-sex marriage in Northern Ireland has failed. The Democratic Unionist Party tried to implement procedures to stall legislation legalizing marriage equality and abortion, but the attempt “collapsed into farce,” reports The Guardian. At midnight tonight, the legislation will become law, bringing Northern Ireland in-line with the rest of the United Kingdom. Amnesty International’s Northern Ireland campaign manager called it, “The beginning of a new era for Northern Ireland — one in which we’re free from oppressive laws that have policed our bodies and healthcare.”

We’re so proud to be surrounded by some of the people, couples and campaigners who have brought us to this point.

Thank you to everyone who has told their stories to help us reach this milestone. ♥️ pic.twitter.com/51F875nNHm

Kamala Harris on Fighting for Trans Rights: “This Is Not New To Me”

Sen. Kamala Harris has touted her longstanding efforts to support trans rights in an interview with the National Center for Transgender Equality, including convening a landmark seminar to help prosecutors defeat so-called “trans panic” defenses. “I have a long-standing commitment to fighting for the rights of transgender people, for the dignity of transgender people,” Harris said. “I have a long-standing awareness based on my experience in the community of knowing the lives that people are living every day, that are burdened with fear, that are burdened with unequal access to everything from employment to a response from law enforcement to access to health care to access to housing — it covers the gamut, and I’m fully aware of it, and again, this is not new to me.”