By John Riley on October 4, 2019 @JohnAndresRiley 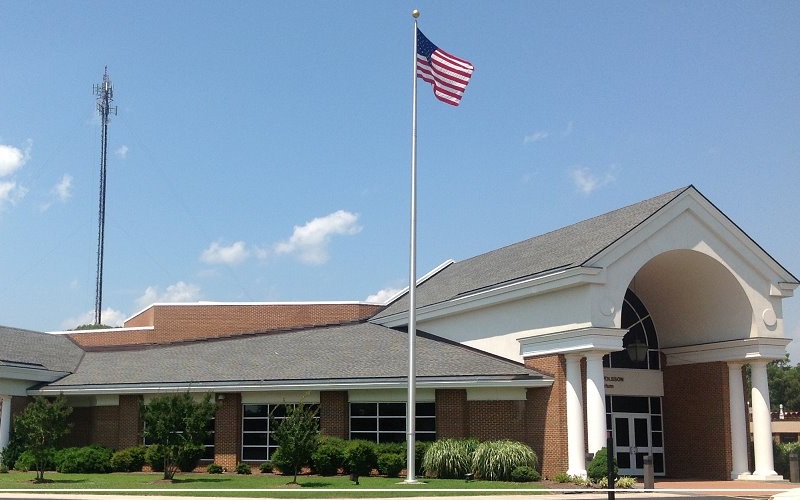 A Virginia teacher who was fired for insubordination after he refused to refer to a transgender student using male pronouns is suing his former employer.

Peter Vlaming, a French teacher at West Point High School in West Point, Va., refused to refer to one of his students with male pronouns, even though the student had informed Vlaming of his intention to transition. (The student had not, at the time, officially changed their name or gender marker on vital documents.) Vlaming, for his part, cited his religious belief in the fixed, binary nature of gender as justification for not using male pronouns, but offered to refer to the student by his name instead.

The student expressed discomfort with the situation, and administrators eventually threatened Vlaming with disciplinary action, arguing that his refusal to acknowledge the student as a male was creating a hostile school environment. Vlaming continued to refer to the student using female pronouns behind his back to classmates, which prompted the student and his parents to arrange a meeting with Vlaming and administrators to try and resolve the tense situation.

On Oct. 31 2018, Vlaming had his second-year French students wear virtual-reality goggles and walk around the classroom. The transgender student seemed about to crash into a wall, when Vlaming yelled out, “Don’t let her hit the wall.”

Frustrated, the student waited until his fellow students had left and confronted Vlaming, telling him: “Mr. Vlaming, you may have your religion, but you need to respect who I am.” The student subsequently withdrew from Vlaming’s class.

But administrators tired of the situation, citing the previous warnings they had issued to Vlaming, and accusing him of refusing to follow his superiors’ orders.

In December, the West Point Public School Board held a public hearing to determine if Vlaming should be terminated for insubordination. After five hours of testimony and going over the facts involved in the case, the board unanimously terminated Vlaming.

Following his termination, some students circulated a petition calling for his reinstatement, and 100 students took part in a walkout to protest the school board’s action.

In the lawsuit, Vlaming’s lawyers argue that the school district, the student, and his parents failed to make reasonable accommodations for Vlaming’s religious beliefs.

“Vlaming’s conscience and religious practice prevents him from intentionally lying, and he sincerely believes that referring to a female as a male by using an objectively male pronoun is telling a lie,” the complaint reads.

“Defendants did not have any written policy regarding using pronouns. It’s not part of a teacher’s job description,” the complaint continues. “Instead, Defendants made up an uncompromising interpretation of their policies to compel Mr. Vlaming to take sides in an ongoing debate regarding gender dysphoria and use pronouns that express an objectively untrue ideological message.

“This is not the type of philosophical disagreement in which the government may compel individuals to take sides,” Vlaming’s lawyers write. “A truly tolerant society can permit such differences and accommodate all views. But here, Defendants have refused to find middle ground. … Under the timeless free speech principles enshrined in the Virginia Constitution and laws, Defendants cannot compel one side to voice the other’s beliefs.”

Vlaming’s lawsuit comes as transgender students throughout the country are seeking to be treated according to their gender identity in schools, and meeting some resistance. A similar lawsuit was recently filed in Indiana by a teacher who objects to using pronouns that match students’ gender identities. A math teacher in Jacksonville, Fla., has been reprimanded and forced to undergo sensitivity training for refusing to address a transgender student using female pronouns.

Recently, a federal judge in Virginia determined that the school board in Gloucester County, Va., just down the road from West Point, violated transgender student Gavin Grimm’s civil rights when it barred him from the boys’ bathroom and refused to change his gender identity on his official school transcript. That ruling has since been appealed.

A spokesperson for West Point Public Schools told The Washington Post that is will “vigorously defend” itself against Vlaming’s lawsuit, noting the importance of creating a safe atmosphere where students don’t have to worry about bullying, harassment, or unfair treatment.

“West Point Public Schools’ primary focus is on students, staff, and instruction,” the spokesperson said in a statement, “and we will continue to direct our energy toward maintaining a high-quality learning environment in our schools.”

John Riley is the local news reporter for Metro Weekly. He can be reached at jriley@metroweekly.com
← Previous Story Out & Equal helps companies make their workplaces more LGBTQ-affirming
Next Story → The DC Sisters bring flamboyance and fun to the serious fight for LGBTQ equality