In what is becoming something of a welcome pattern, Virginia Del. Danica Roem has one again made history.

What’s more, Roem secured her win over anti-LGBTQ opponent Kelly McGinn with an even larger share of the vote compared with her 2017 victory — 57%, versus 54% in 2017.

She also succeeded despite attempts by conservatives to turn transgender rights into a wedge issue, including running an anti-trans advert accusing Roem of promoting an “extreme social agenda.”

Roem tweeted her thanks last night after the race was called, telling voters in the 13th District, “Thank you so much for the confidence you’ve shown in my team and me by such an overwhelming margin. I’m grateful to represent you because of who you are — never despite it.”

To the people of the 13th District:
Thank you so much for the confidence you've shown in my team and me by such an overwhelming margin.
I'm grateful to represent you because of who you are – never despite it. #NoH8
I'll see you Nov. 20 at our next #fixRoute28 public hearing.

The newly reelected delegate also tweeted a message to those who might try to attack her on transgender issues in future, noting that she had included access to trans-inclusive healthcare in her platform and won.

“I’m breathing out the one lingering resentment from 2018/19: Family Foundation Action & RPV attacked me for supporting trans-inclusive health care,” Roem wrote. “I called your heartless bluff. I put it in my platform. We’re going to pass it. Don’t you *EVER* attack my trans constituents again.”

I’m breathing out the one lingering resentment from 2018/19:
Family Foundation Action & RPV attacked me for supporting trans-inclusive health care.
I called your heartless bluff.
I put it in my platform.
We’re going to pass it.
Don’t you *EVER* attack my trans constituents again. pic.twitter.com/MqvOODV1fy

Roem’s victory also came on a night that saw the Virginia General Assembly flip from Republican to Democrat, with both the House and Senate changing hands in a wave of blue victories.

Activists now hope that with Democrats taking control of the legislature and with Democrat Ralph Northam in the governor’s office, years of Republican leaders killing pro-LGBTQ legislation will finally come to an end.

“Danica Roem has once again made history, becoming the longest-serving and first openly transgender elected official to be re-elected in our nation’s history,” David said in a statement. “Throughout her tenure in the House of Delegates, Roem has remained focused on the needs of her constituents, despite hateful and divisive attacks from anti-LGBTQ groups and her opponents.

“From expanding Medicaid and providing health care to 400,000 Virginians to improving Route 28, Delegate Roem has been an effective leader in Richmond — and she isn’t finished yet,” David continued. “For these reasons and more, the Human Rights Campaign is proud to have helped her fight for re-election and is proud to stand alongside her each and every step of her awe-inspiring journey.”

Former Houston Mayor Annise Parker, President & CEO of the LGBTQ Victory Fund, similarly celebrated Roem’s win, including her proven strategy of focusing on the issues that voters care most about, rather than getting mired in culture wars and wedge issues.

“In 2017, Danica wrote the playbook on how transgender candidates can defeat anti-LGBTQ opponents through authenticity and attention to everyday issues – and her reelection victory sets it in stone,” Parker said. “Voters did not head to the polls to make history, yet they proved trans candidates can win battleground races in battleground states despite transphobic attacks from opponents.”

Parker added: “Danica inspired trans people across the nation to run for office. Her reelection proves that political revolution is a lasting transformation – not an aberration.”

A transgender woman has become the first known transgender cheerleader in the NFL after she made the Carolina Panthers' TopCats cheerleading and dance team earlier this year.

Justine Lindsay, 29, made the team earlier this year after auditioning, according to a March 30 post on her Instagram. While the NFL doesn't keep records of cheerleaders' gender identity, Lindsay is believed to be the first transgender cheerleader in the league, and is certainly the first "out" one.

"Cats Out the Bag you are looking at the newest member of the Carolina Panthers TopCats Cheerleader's @topcats as the first Transgender female," she wrote. "I would like to thank the beautiful and talented dancers who supported me along the way ... This is a moment I will never forget and I cannot wait to show you all what this girl has to bring. Thank you @topcats a dream come true." 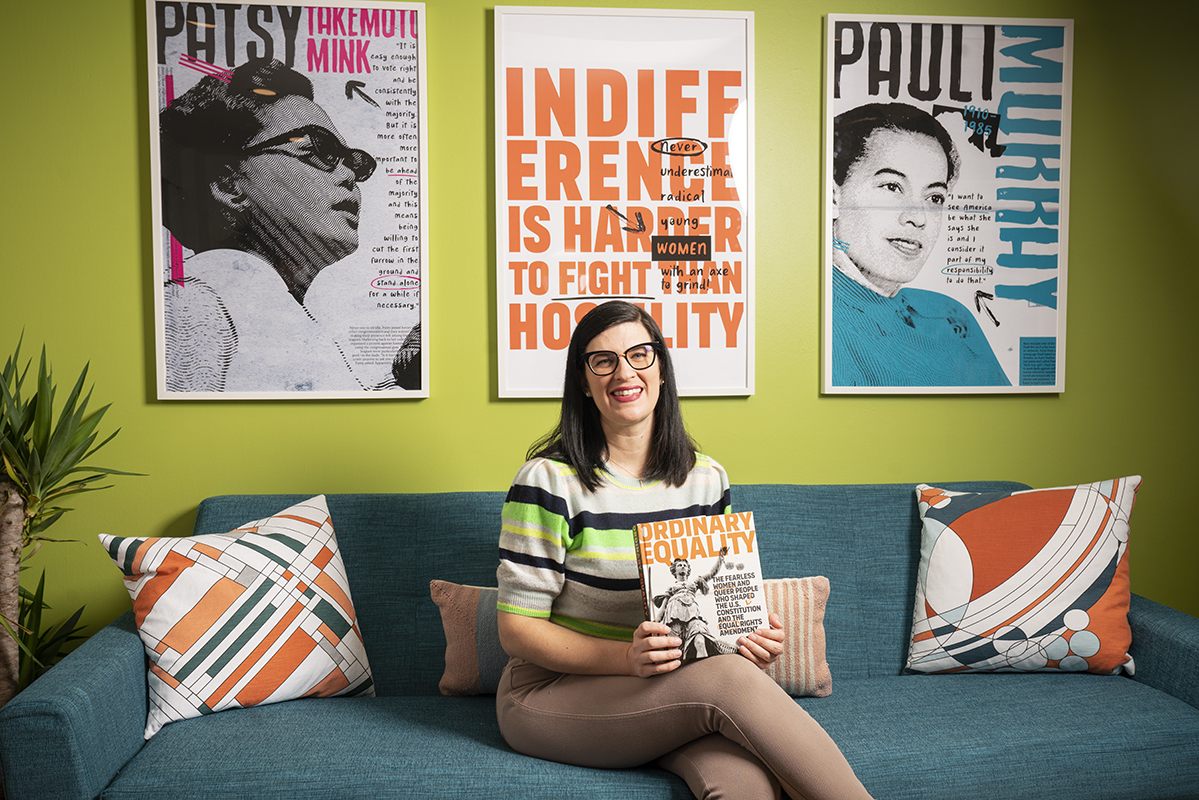