By Randy Shulman on November 21, 2019 @RandyShulman

Six years after “Let It Go” conquered the world, Elsa, Anna, Olaf, Kristoff, and Sven are back to try and earn Disney another billion dollars at the box office and billions more in merchandise sales. Songwriting husband-and-wife duo Robert Lopez and Kristen Anderson-Lopez return, as do writer-director Jennifer Lee and director Chris Buck, so expect more heart-tugging, toe-tapping comedy-drama as sisters Elsa and Anna venture north to find the source of Elsa’s powers. Oh, and Josh Gad promises the songs are “even catchier,” so get ready to hum them for the next six years. Opens Friday, Nov. 22. Area theaters. Visit www.fandango.com. (Rhuaridh Marr) 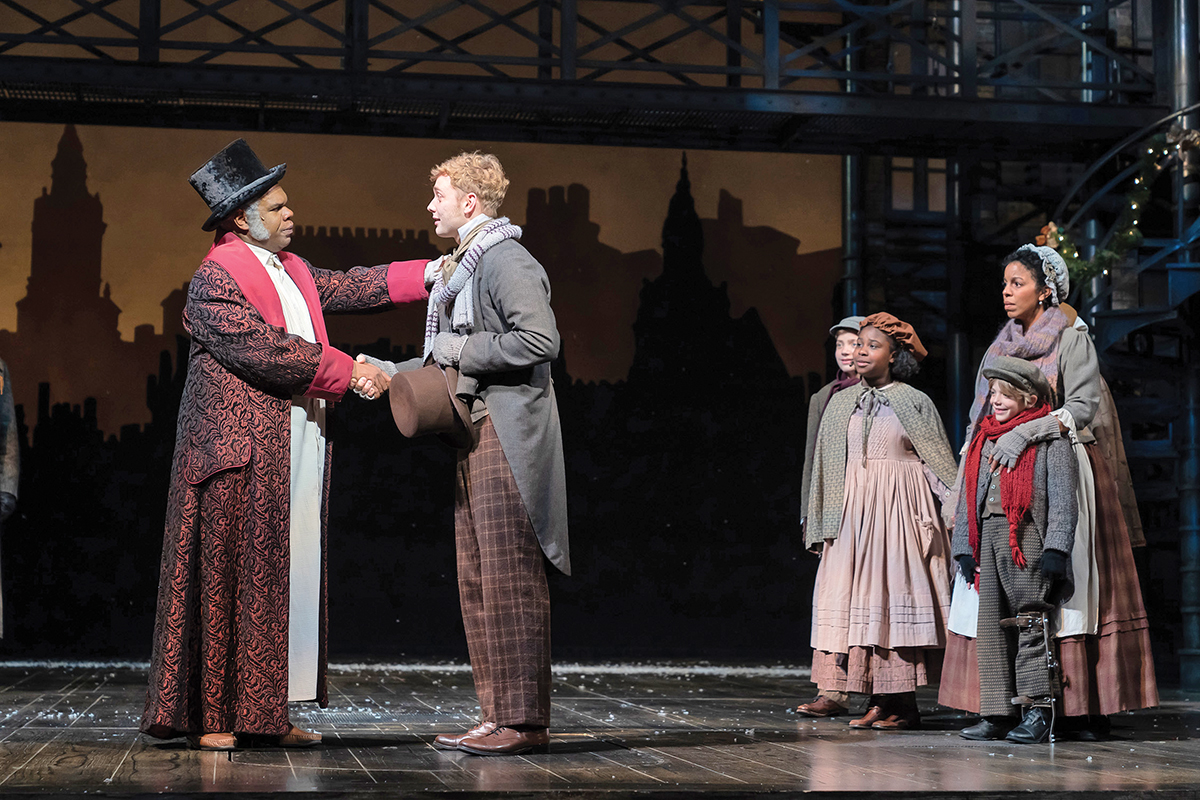 Craig Wallace returns for his fourth year as the miserly Ebenezer Scrooge in Ford’s Theatre’s cherished annual production of the Dickens Yuletide classic. It really wouldn’t be Christmas in Washington without this music-infused adaptation, conceived by Michael Wilson and directed by Michael Baron. Also featured in the production are Stephen F. Schmidt as Jacob Marley, Rayanne Gonzales as the Ghost of Christmas Present, Justine “Icy” Moral as the Ghost of Christmas Past, Gregory Maheu as Bob Cratchit, and Yesenia Iglesias as Mrs. Cratchit. Now to Jan. 1. 511 10th St. NW. Call 800-982-2787 or visit www.fordstheatre.org.

and multiple portrayals of the human, most created and arranged with a sequential character. In her charcoal and pencil etchings, Tillman focuses on the importance of the motion (or lack of motion), and the weight of the instant. The artist’s goal remains the exploration of the mood, state of mind, and response of the human to life’s events. At the Washington Printmakers Gallery, 1641 Wisconsin Ave. NW, through Nov. 24. A closing reception with the artist will be held on Saturday, Nov. 23, from 4 to 6 p.m. at the gallery.

Soul-pop singer-songwriter Alice Smith is understated, sophisticated and every bit as vocally talented as fellow four-octave ranger Christina Aguilera — except her music is better. Smith returns to her hometown of D.C. over the Thanksgiving weekend and on the very evening of her 41st birthday. That’s a cause for celebration all by itself, with the icing the fact that the concert comes in support of Mystery, Smith’s third collection of originals and first since 2013’s astonishingly brilliant She. Saturday, Nov. 30. Doors at 8 p.m. 9:30 Club, 815 V St. NW. Tickets are $35. Call 202-265-0930 or visit www.930.com. 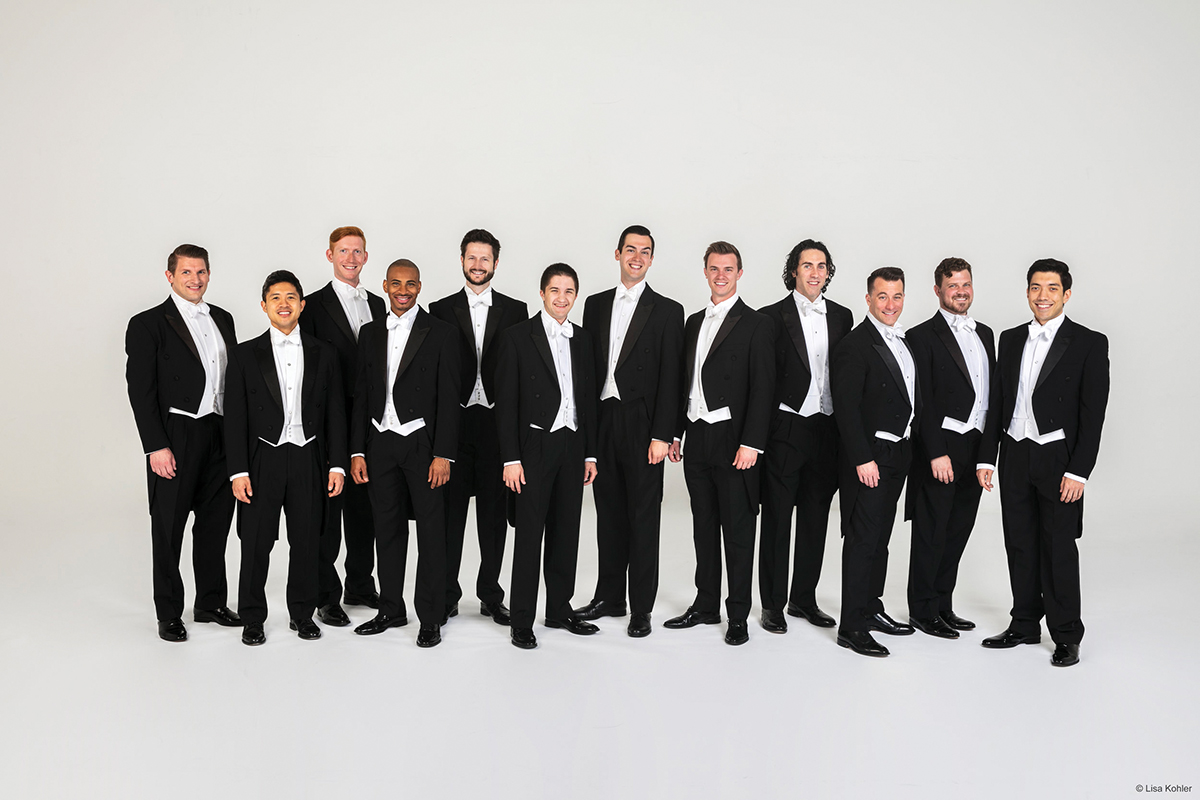 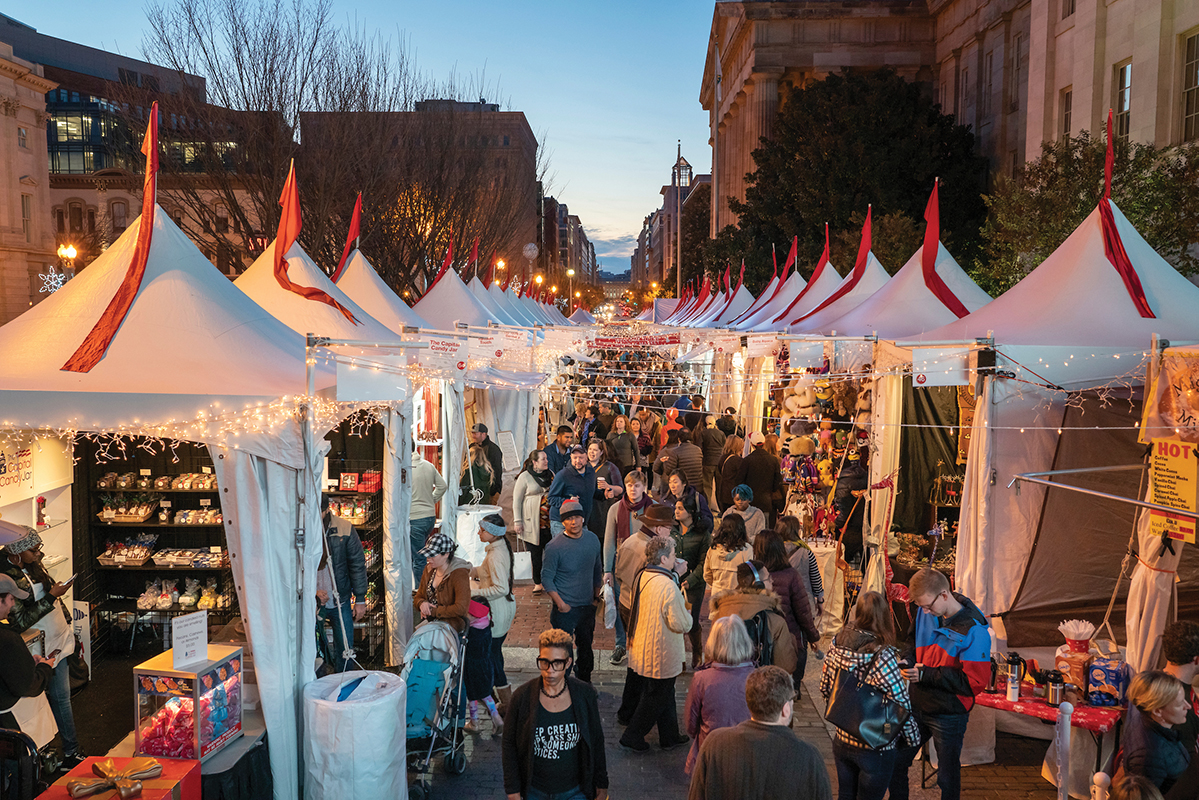 Over 150 artisans rotate among sixty tents set up on two blocks in the heart of downtown. Now in its 15th year, the holiday market offers a vast, eclectic, and international assortment of gifts and souvenirs, collectibles and wearables — from prints and photographs, to pottery and glassware, to custom jewelry and accessories. Each day also brings free staged concerts by local musicians, and options for food and non-alcoholic drink. Opens Friday, Nov. 22. Runs daily from noon to 8 p.m. to Dec. 23, except closed on Thanksgiving, Nov. 28. Located on F Street between 7th and 9th Streets NW. Visit www.downtownholidaymarket.com.

AFI Silver Theatre: The Fox and the Bird

THE ANIMATION SHOW OF SHOWS

The American Film Institute presents the exclusive area screening of a feature-length program with an eclectic, international mix of works created by both students and professionals. Shorts included in past incarnations have gone on to win Oscars, so you could say that curator Ron Diamond, a veteran animation producer, knows how to pick them. In fact, three of the 11 films included in the new 21st edition have qualified for 2020 Academy Award consideration: Five Minutes to Sea by Natalia Mirzoyan from Russia, Flowing Through Wonder (Le Jour Extraordinaire) by Joanna Lurie from France, and Daughter by Daria Kashcheeva of the Czech Republic. Additionally, the program features at least one LGBTQ-themed short: the Belgian Géraldine Charpentier’s Self-Narrative (Récit de Soi), focused on a young girl’s journey to self-realization as a transgender person. There are also two mini-documentaries about directors with their own entries in the lineup: Shlomi Yosef’s Portrait of Amit Cohen and Ido Shapira, paired with its Israeli subjects’ dog-centric Hounds, and Marta Trela’s Portrait of Gil Alkabetz, with that German director’s funny, hand-drawn Rubicon. Rounding out the program are two works from Switzerland, Kids by Michael Frei and Mario von Rickenbach and The Fox and the Bird (Le Renard et L’Oisille) by Sam and Fred Guillaume, and another from Russia, Airship of Unknown Direction by Alexandra Galitskova. Sunday, Nov. 24, at 6:30 p.m., and Tuesday, Nov. 26, at 7 p.m. AFI Silver Theatre, 8633 Colesville Road, Silver Spring. Tickets are $13 for general admission plus $1 service fee. Call 301-495-6720 or visit www.afi.com/Silver. 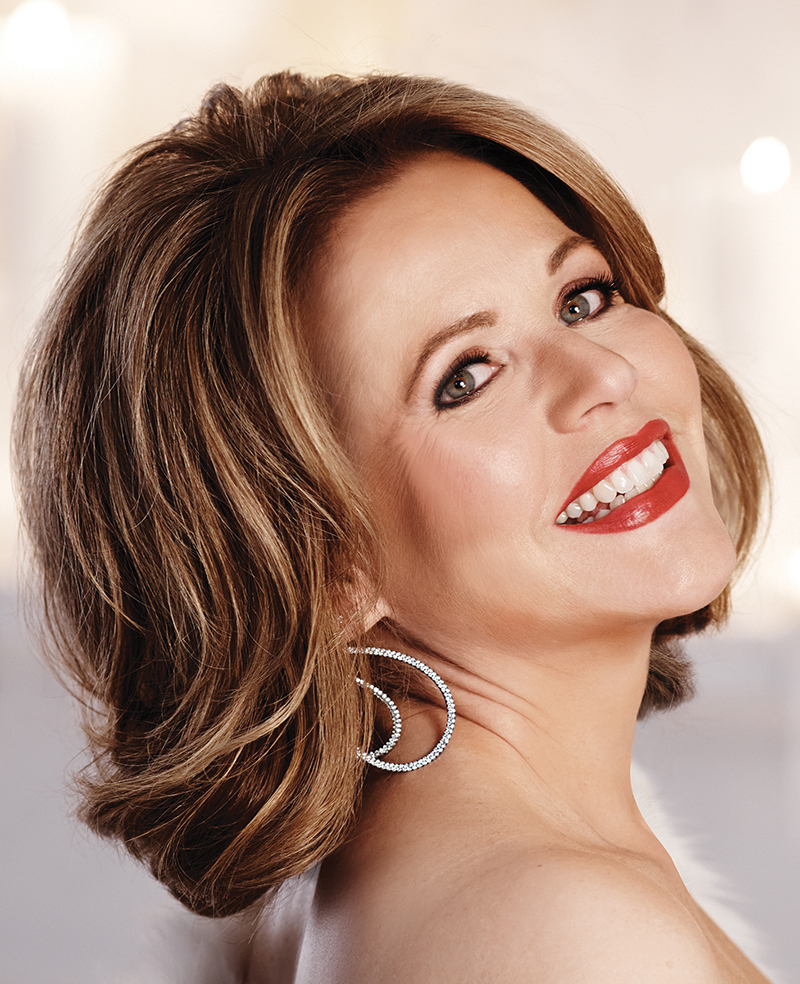 Celebrated soprano Renée Fleming and Grammy-nominated baritone guest perform with the NSO, under the baton of Music Director Gianandrea Noseda, the D.C. premiere of Kevin Puts’ The Brightness of Light. Inspired by the letters between iconic American artist Georgia O’Keeffe and her husband, photographer Alfred Stieglitz, this NSO co-commission comes as part of a program also featuring Richard Strauss, from the Symphonic Interlude No. 2 from the German Romantic composer’s Dreaming by the Fireside to his epic showpiece Also sprach Zarathustra, immortalized by Stanley Kubrick’s 2001: A Space Odyssey. Saturday, Nov. 23, at 8 p.m. Kennedy Center Concert Hall. Tickets are $15 to $99. Call 202-467-4600 or visit www.kennedy-center.org. 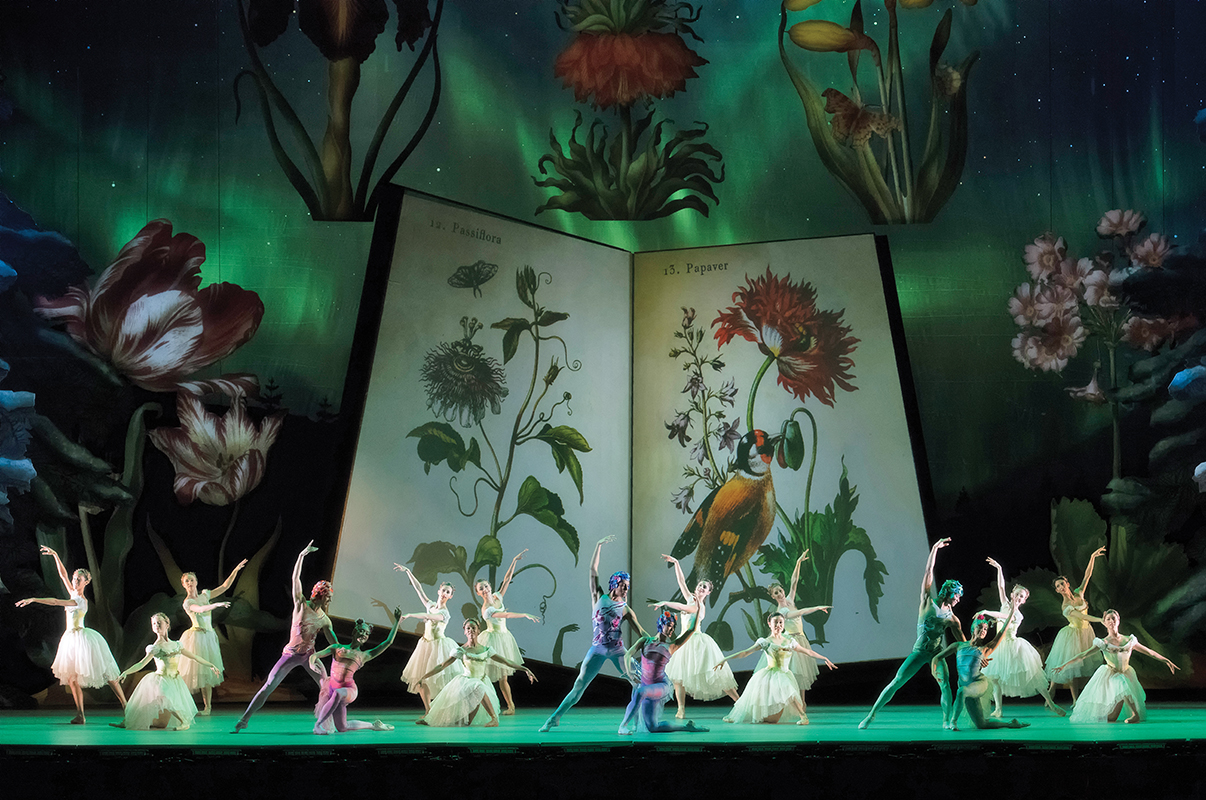 The Kennedy Center offers Washington audiences the first chance to see the production that debuted to much acclaim last year in Atlanta. This new production of the classic tale set to Tchaikovsky hews closely to E.T.A. Hoffmann’s original 1816 tale for a visually inventive showcase of fantastical staging, dominated by oversized storybooks, clocks, and constellations, enhanced by video projections, plus fresh choreography by Yuri Possokhov of the San Francisco and Bolshoi ballets. The Kennedy Center Opera House Orchestra and the Arlington Children’s Chorus will offer live accompaniment to the dancers. Wednesday, Nov. 27, through Saturday, Nov. 30, at 7:30 p.m. Also Friday, Nov. 29, through Sunday, Dec. 1, at 1:30 p.m. Opera House. Tickets are $49 to $249. Call 202-467-4600 or visit www.kennedy-center.org.