By John Riley on November 5, 2019 @JohnAndresRiley 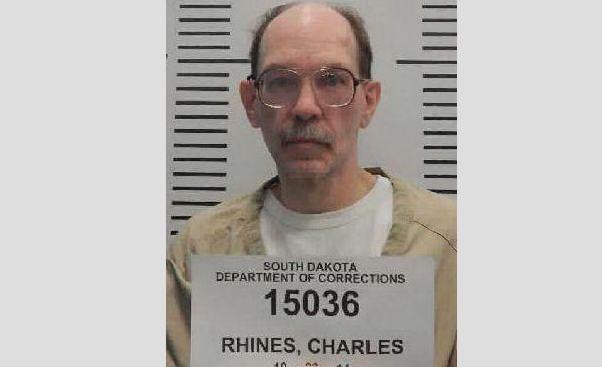 A gay South Dakota man was put to death by lethal injection after the U.S. Supreme Court rejected a final motion that would have allowed his lawyers to bring new evidence that anti-gay bias had played a role in the jury’s decision to sentence him to death.

Rhines proceeded to stab Schaeffer several times with a hunting knife, including in the neck and skull.

The jury convicted Rhines of the crime, but apparently began discussing among themselves whether Rhines, who is gay, would enjoy jail because he would be in an all-male environment.

According to The Marshall Project, one juror recalled that there had been lots of folks who expressed disgust at Rhines’ sexual orientation and even speculated that sentencing him to life in prison would be “sending him where he wants to go.”

Rhines’ lawyers began a series of appeals seeking to halt the death sentence on the grounds that jurors had acted in a biased manner towards their client.

Eventually, they appealed to the Supreme Court to consider invalidating Rhines’ sentence, arguing that his Sixth Amendment right to an impartial capital sentencing jury had been violated.

Shawn Nolan, one of Rhines’ attorneys, had previously expressed hope that the Supreme Court, which had ruled in 2017 that states must consider evidence that jurors may have relied on racial stereotypes or prejudice when convicting a defendant, would extend that same courtesy to cases involving anti-gay bias against LGBTQ people. But the court ultimately refused to entertain Rhines’ appeal or stay his execution.

“It is very sad and profoundly unjust that the State of South Dakota today executed Charles Rhines, a gay man, without any court ever hearing the evidence of gay bias that infected the jury’s decision to sentence him to death,” said Nolan.

Last year, Lambda Legal and five other civil rights organizations filed an amicus brief calling the comments from jurors, as revealed by The Marshall Project, prejudicial, and providing information about the history of discrimination that LGBTQ people have faced.

“No person in our society should be put to death. Cases where bias is a factor in jury decision-making show exactly why the death penalty is unjust and should not be maintained in our society,” he said. “It’s evident that [Rhines] was sentenced to death because he was a gay man. We are deeply troubled that the court chose not to review his case today when it is clear that the constitutional right to a fair trial must include whether jury deliberations involved bias.

“If our legal system allows antigay bias in jury deliberations, the integrity of our entire court system is undermined,” Rice continued. “The death penalty is an irreversible and harsh misuse of government power. When it is applied in a biased manner, courts should take every possible opportunity to correct that wrong. In this case, no court has ever reviewed the evidence of antigay bias that occurred during jury deliberations in Mr. Rhines’ sentencing.”

“Lambda Legal opposes the death penalty precisely because we deal with the legal system’s fallibility and the effects of bias on court decisions every day,” Richard Saenz, a senior attorney and the Criminal Justice and Police Misconduct Strategist with Lambda Legal, said in a statement. “We are saddened by Charles Rhines’ death, and we will continue to fight for fair courts, push for more safeguards in the legal system to preserve the courts and weed out jury bias and discrimination against LGBT people and everyone living with HIV.”

John Riley is the local news reporter for Metro Weekly. He can be reached at jriley@metroweekly.com
← Previous Story Pete Buttigieg says homophobic world leaders will “have to get used to” a gay president
Next Story → Kamala Harris says “trope” that black voters are more homophobic is “simply wrong”