Paul Kawata: “HIV has completely fallen off the radar”

NMAC's Paul Kawata on 30 years of fighting HIV, and the current state of the epidemic

By John Riley on November 21, 2019 @JohnAndresRiley 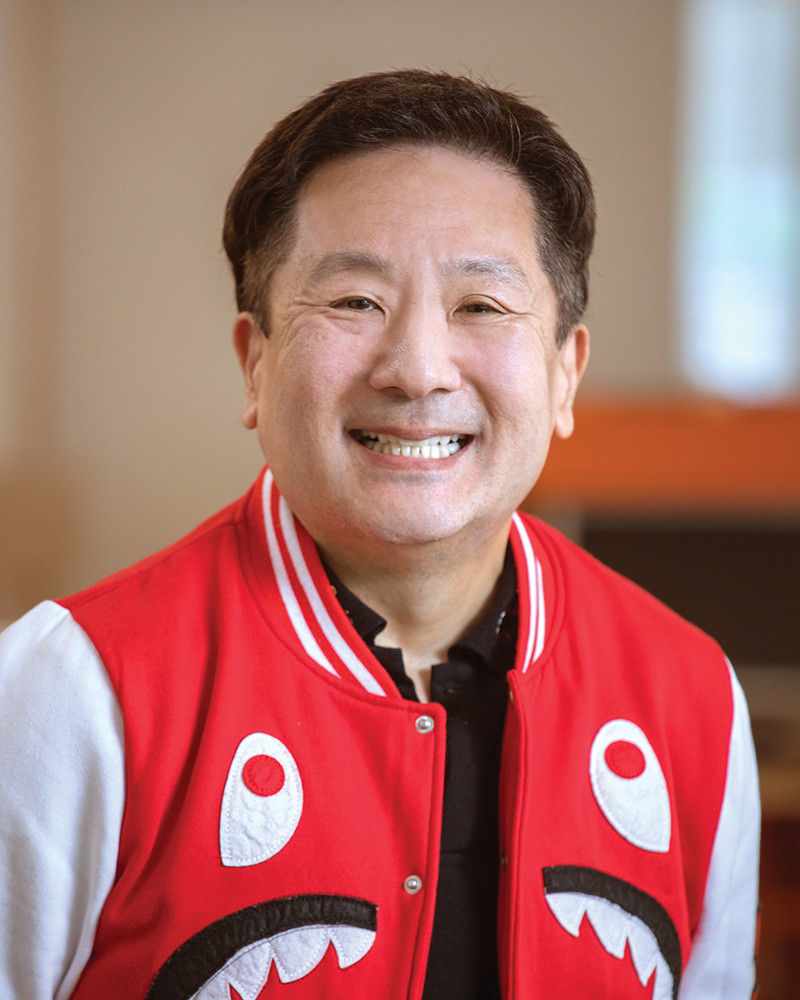 “I came of age as a gay man in the middle of an epidemic,” says Paul Kawata, the executive director of NMAC, formerly known as the National Minority AIDS Council. “It is, and continues to be, the issue that has defined my life.”

Kawata first moved to Washington, D.C. in January 1985 to work on ending the AIDS epidemic. At the time, Margaret Heckler, the U.S. Secretary of Health and Human Services, had raised the prospect of developing a vaccine to protect against HIV transmission with five years, and Kawata, then in his 20s, was hopeful.

“I remember telling my family, ‘Okay, five years. I will come to Washington for five years, and then I’ll be able to come home because we’ll have a vaccine,'” he says. “Well, it’s now 2019 and I’m still here.”

For Kawata, what he calls the “plague years” — when millions of people, including his own partner, died before better treatments for HIV were developed — are “a blur of pain and suffering and loss.”

“It is almost impossible to describe the early days of the epidemic,” he says. “That was the time when people would not bring food into hospital rooms, when we were going to two or three memorials a month, when we would do weekly hospital visits to multiple friends.

While Kawata is encouraged by some of the scientific advances surrounding HIV — including attempts at vaccine development, or administering medications via implant or long-acting injectables — the current strategy being embraced by most scientific experts and HIV advocates has shifted. Nowadays, it revolves around biomedical solutions — oral medications like PrEP and PEP, which can prevent transmission of the virus, and “treatment as prevention,” in which people with HIV take antiretroviral drugs to ensure their viral load is lowered to the point where it is “undetectable,” meaning the virus cannot be spread to others.

Of course, relying on a daily pill regimen brings its own complications, specifically ensuring people remain compliant by regularly taking the medication so it can be effective.

“One of the things that’s unique about this effort is that we are trying to end an epidemic without a vaccine or without a cure,” notes Kawata. “So the goal here is to move the needle, first for people living with HIV…. The medications are not a panacea for everybody, but for many, many people, they have made a huge difference.

“The goal around PrEP is a little different,” he adds. “It is to reach people who are sexually active, who could benefit from being on PrEP as a way to prevent getting HIV.”

Under President Trump, the federal government has set a goal of eradicating HIV/AIDS in the United States by 2030, an effort to which the administration has promised $290 million.

“I do need to acknowledge and thank the [Trump] administration for understanding that there is the ability to end the epidemic and to put some money behind that,” he says. “That, for me, was not something that we had anticipated. So I’ve thanked them for the money and I thanked them for making this a priority.

“The irony of me doing it with this administration has not been lost on me,” he continues. “But if we wait, 40,000 more people will get HIV every year. We decided that it is in all of our communities’ interest to try to figure out a solution now.”

Yet the numbers of people not in treatment remain daunting: experts estimate that, of the 1.1 million sexually active Americans for whom PrEP would be recommended, only about 200,000 are currently taking the medication. Additionally, of the 1.2 million Americans living with HIV, nearly 500,000 do not have an undetectable viral load — either because they are unaware of their HIV status, have fallen out of care, or are in care but have not been able to reach undetectable status.

“My biggest fear is that we’re going to end HIV for white people, but it’s going to continue to be an epidemic that plagues African-Americans and Latinos.“

One of the biggest problems associated with PrEP is how it has been promoted to certain communities, with most PrEP users skewing more white and generally more affluent than the general population. Those in urban areas are also more likely to be on PrEP than those in rural or impoverished areas.

“If we have the funds now to end the epidemic, between the U=U [Undetectable = Untransmitable] campaign and PrEP, we have legitimate pathways to achieving that goal,” says Kawata. “If you look at what’s happening in New York and San Francisco and Washington, D.C., we’re seeing significant declines of new cases of HIV.

“The problem is that those declines are happening in specific communities and they are not happening in all communities. So my biggest fear is that we’re going to end HIV for white people, but it’s going to continue to be an epidemic that plagues African-Americans and Latinos, particularly African-American and Latino gay men, the transgender community, black women, and drug users. So part of the challenge that we have now is: how do we bring the promise of the science to all of the communities who are highly impacted by HIV?”

NMAC has focused its efforts on assisting local community organizations undertaking HIV prevention and treatment initiatives, particularly those that reach historically under-served populations. Both at the recent United States Conference on AIDS, held in D.C. in early September, and at its upcoming Biomedical HIV Prevention Summit, scheduled for Dec. 3 and 4 in Houston, NMAC highlights the importance of expanding biomedical interventions to populations like black women, transgender women, and gay and bisexual men of color.

“If you look at who’s fallen out of care, and if you look at who’s not on PrEP, it’s predominantly people of color. So the challenge and the question that we all have to ask is, how do we modify? These are people who’ve already fallen through the cracks…. Unless we can reach those folks, we’re never going to end this epidemic.”

To further that goal, Kawata recommends adopting a “trauma-informed lens” that looks at one of the reasons why people from historically marginalized populations fall out of care.

“We have to understand that most of those communities that we need to reach live in a world that minimizes them because of who they are: because of their gender identity, because of who they love, because of the color of their skin,” says Kawata. “I think when the world tells you that you’re not worth anything, there comes a time when you believe that. If you believe that your life is not worth anything, then why should you go to a doctor? Why should you care if you’re going to live or die?”

Kawata is also concerned about the seeming lack of urgency when it comes to tackling the HIV epidemic, particularly as antiretroviral treatments have allowed people with HIV to live longer and made the condition more manageable.

“I think in many people’s minds, at least in the general public, HIV has completely fallen off the radar,” he says. “They think it’s over — [and] partially why they think it’s over is because there are effective treatments. We are extraordinarily grateful for those treatments. But what we need to understand is that those treatments are not a cure, and need to be taken for the rest of your life, in a very specific way.”

With the approach of the 31st annual World AIDS Day on Dec. 1, Kawata wants to encourage people to remain vigilant about the risk the virus poses to public health and stresses the importance of public and private funding to implement HIV prevention efforts.

“I would make it a federal holiday and ask people to volunteer at their local AIDS organization, or deliver food to people living with HIV, or go to a housing project, or volunteer and understand what the epidemic is about,” he says. “Because one of the things I’ve learned is that when you are a part of something bigger than yourself, it transforms your life.

“So World AIDS Day, this year, next year and the year after, has to really focus on how do we end this epidemic and that it’s going to require all of us to reach the numbers that we need to reach. I’m hoping [the press does] more than one story a year on World AIDS Day. We need to remind people throughout the year about the options that they have, about the capacity to have a full and healthy life if you stay in healthcare and on your meds.”

Kawata remains hopeful about ending the epidemic over the next decade — bringing him full-circle to the attitude he embraced when he first began working toward a cure three decades ago.

“When I came to Washington, the only thing I wanted to do was to end this epidemic and go home to my family,” he says. “The thought that I could be still alive when that happens, and be a part of that solution, given all of the ugliness of the early days, is something that I live for. I want to heal my soul, and fighting to end the epidemic is how I’m going to heal myself.”

John Riley is the local news reporter for Metro Weekly. He can be reached at jriley@metroweekly.com
← Previous Story DC Center offers food and fellowship to LGBTQ locals on Thanksgiving
Next Story → AGLA to honor Safe Space NOVA’s Jordan Costen and IMPACTO LGBT with 2019 Equality Awards