By Randy Shulman on December 12, 2019 @RandyShulman 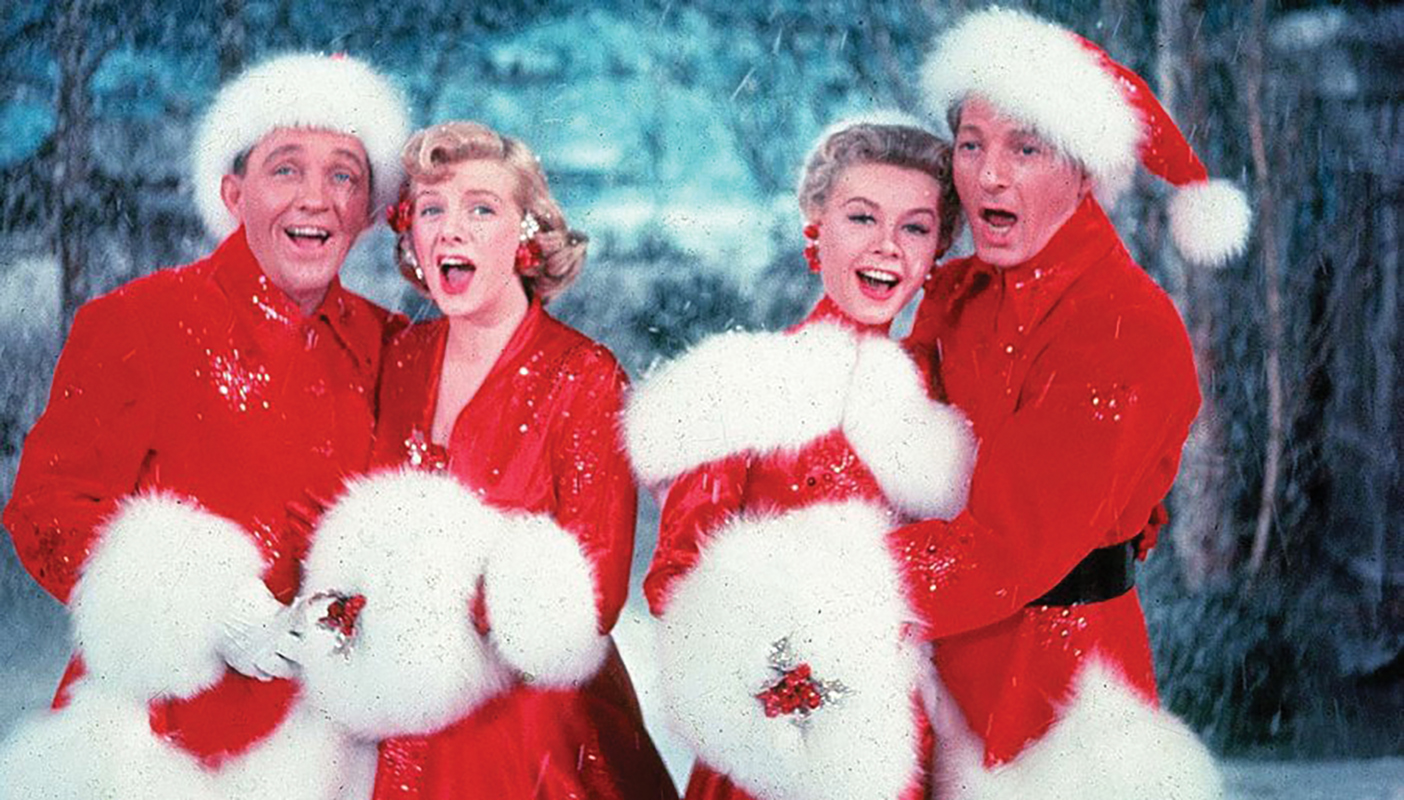 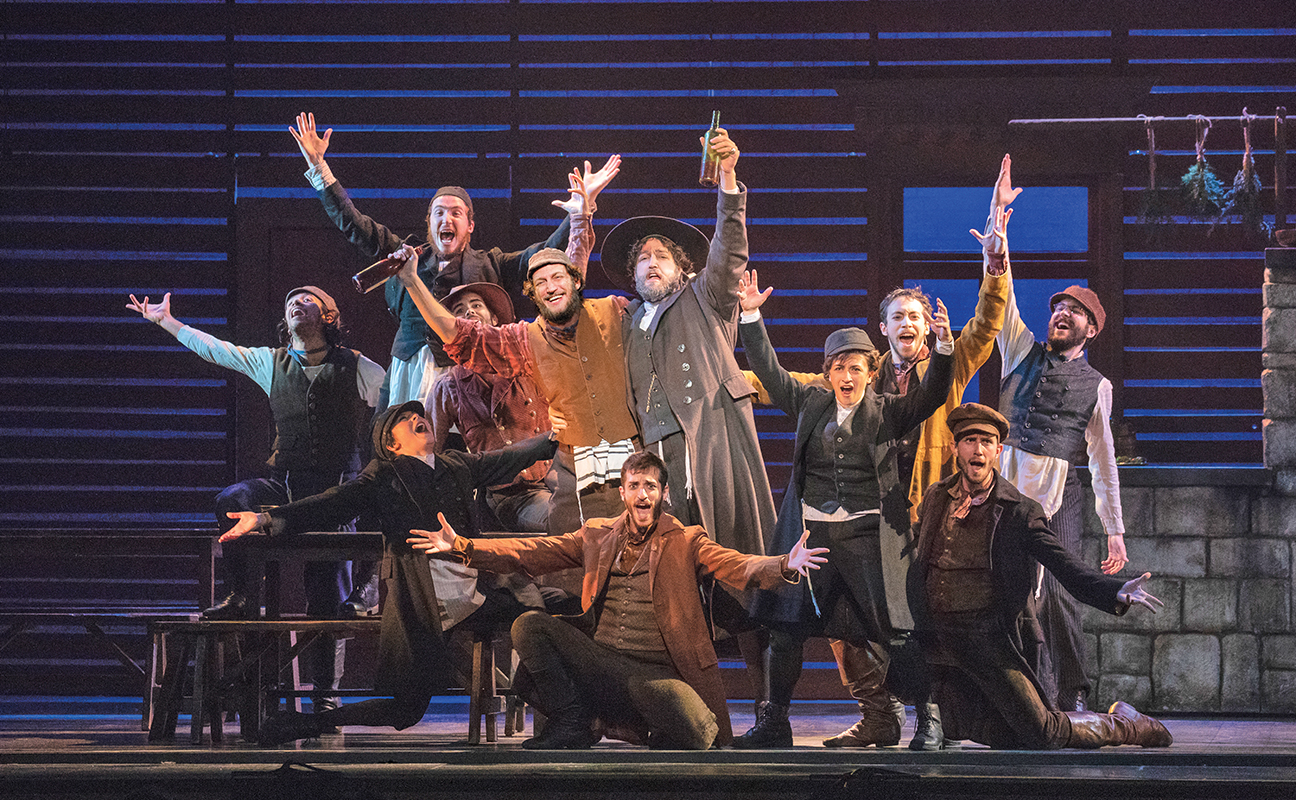 Fiddler on the Roof

FIDDLER ON THE ROOF

Two years ago, director Bartlett Sher and his team wowed Broadway with a new take on this classic, scooping up 10 Tony Awards, including a special statue for becoming the longest-running Broadway musical of all time. The show, by Joseph Stein, Jerry Bock, and Sheldon Harnick, focused on a small, tight-knit Jewish community in Imperial Russia over a century ago and is timeless in its exploration of the overarching theme of tradition vs. modernity. It’s filled with American Songbook standards: “Tradition,” “If I Were A Rich Man,” and “Sunrise, Sunset.” To Dec. 15. National Theatre, 1321 Pennsylvania Ave. NW. Tickets are $54 to $114. Call 202-628-6161 or visit www.thenationaldc.org. 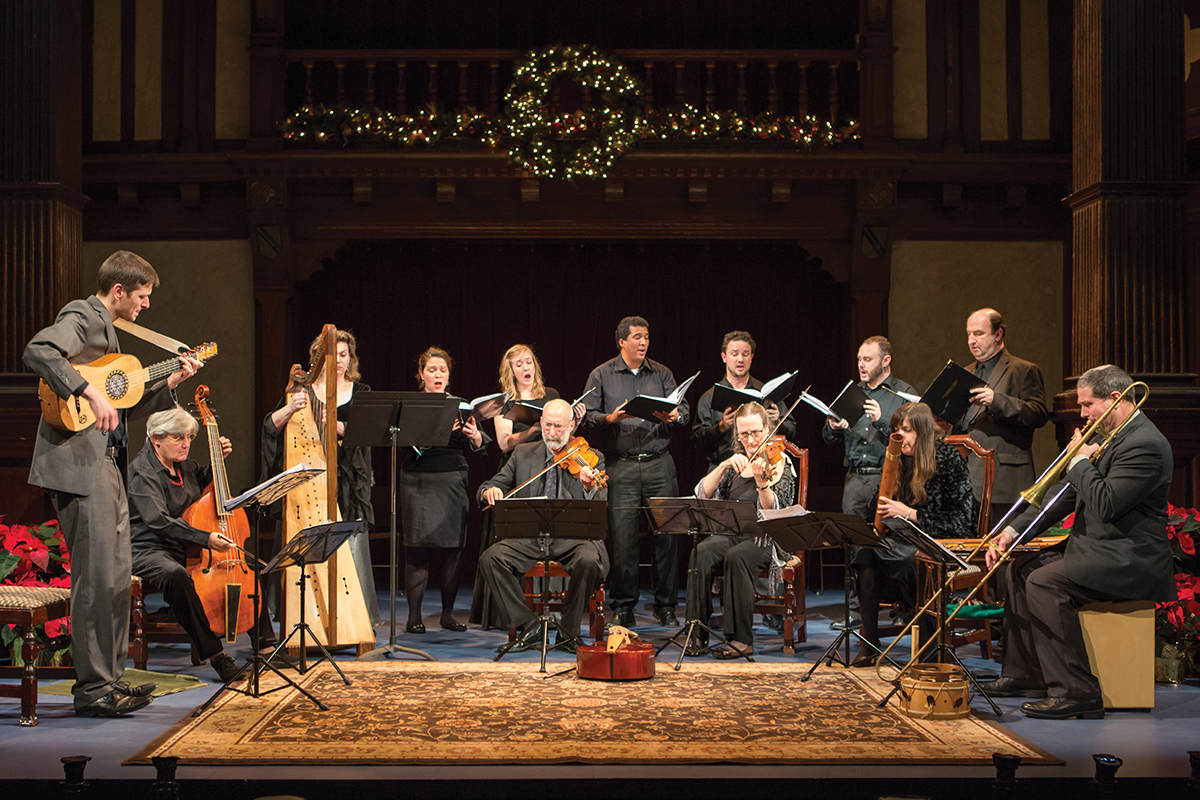 A seasonal focus by the Folger Consort on the early music of Italy continues with a festive Venetian holiday program featuring baroque orchestra, vocal soloists, and a women’s choir. Arcangelo Corelli’s Christmas Concerto and Antonio Vivaldi’s Gloria in D will be performed along with lesser-known Christmas-themed works by Alessandro Scarlatti and Francesco Geminiani by the renowned early music ensemble led by co-founders Robert Eisenstein and Christopher Kendall. Soprano Emily Noël, trumpet player Joelle Monroe, and oboist Margaret Owens are among the featured performers at a string of concerts presented in association with the University of Maryland, Baltimore County. Performances are Friday, Dec. 13, at 8 p.m., Saturday, Dec. 14, at 4 and 8 p.m., Sunday, Dec. 15, at 2 p.m., and Monday, Dec. 16, through Wednesday, Dec. 18, at 7:30 p.m. St. Mark’s, Capitol Hill, 301 A St. SE. Tickets are $52. Call 202-544-7077 or visit www.folger.edu.

THE WASHINGTON BALLET: THE NUTCRACKER

It isn’t holiday season in Washington until you’ve made it to The Washington Ballet’s unique, local take on this classic. Former artistic director Septime Webre first staged his twist on the family favorite 14 years ago, setting it in D.C.’s historic Georgetown neighborhood with George Washington as the titular figure and King George III as the Rat King. Feel free to apply your own parallels to modern-day politics. To Dec. 29. Warner Theatre, 513 13th St. NW. Call 202-889-5901 or visit www.thewashingtonballet.org. 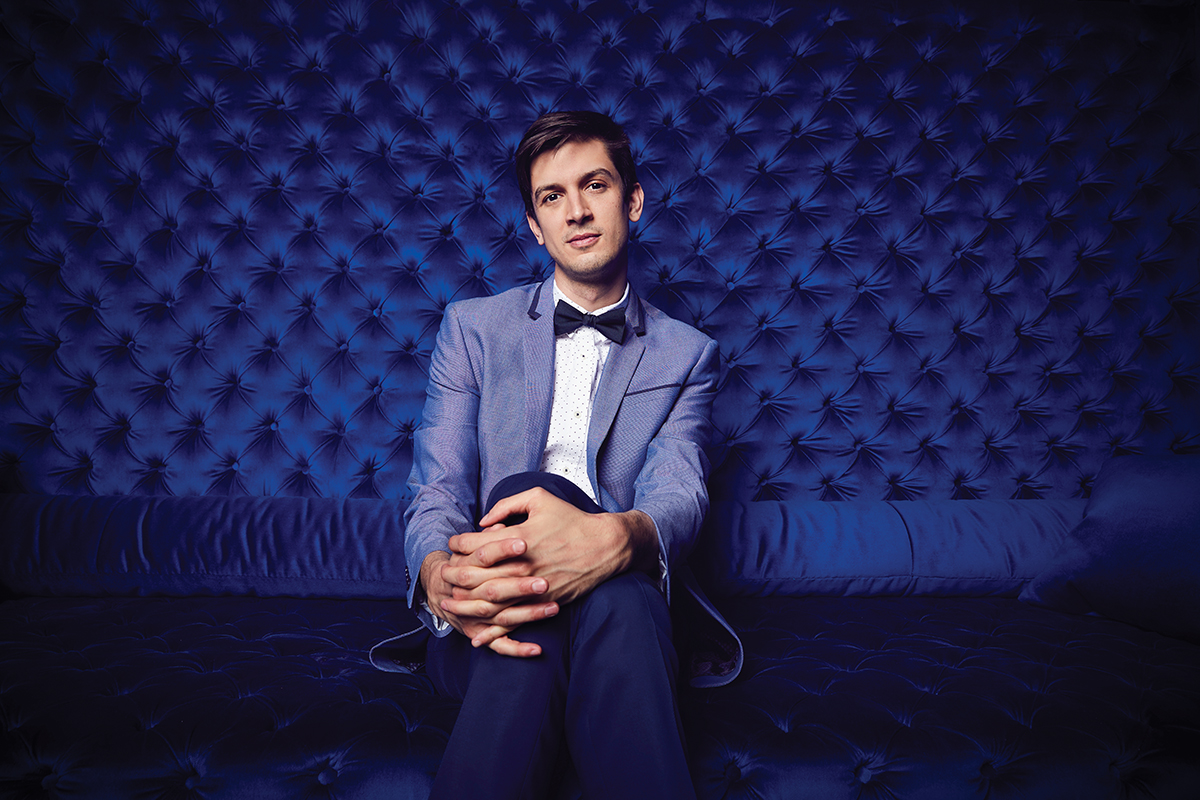 A Comic to Watch according to Comedy Central in 2016, the lanky, gay comedian has more recently been featured on HBO’s hilarious and queer-friendly 2 Dope Queens as well as one of two gay “Citizen Journalists” from Comedy Central’s The Opposition with Jordan Klepper. Also a long-standing featured member of New York’s Upright Citizens Brigade, Sharp comes to D.C. for a weekend run of stand-up in the run-up to Christmas. Friday, Dec. 20, at 7 p.m., and Saturday, Dec. 21, 7 and 9 p.m. Drafthouse Comedy, 1100 13th St. NW. Tickets are $20. Call 202-750-6411 or visit www.drafthousecomedy.com. 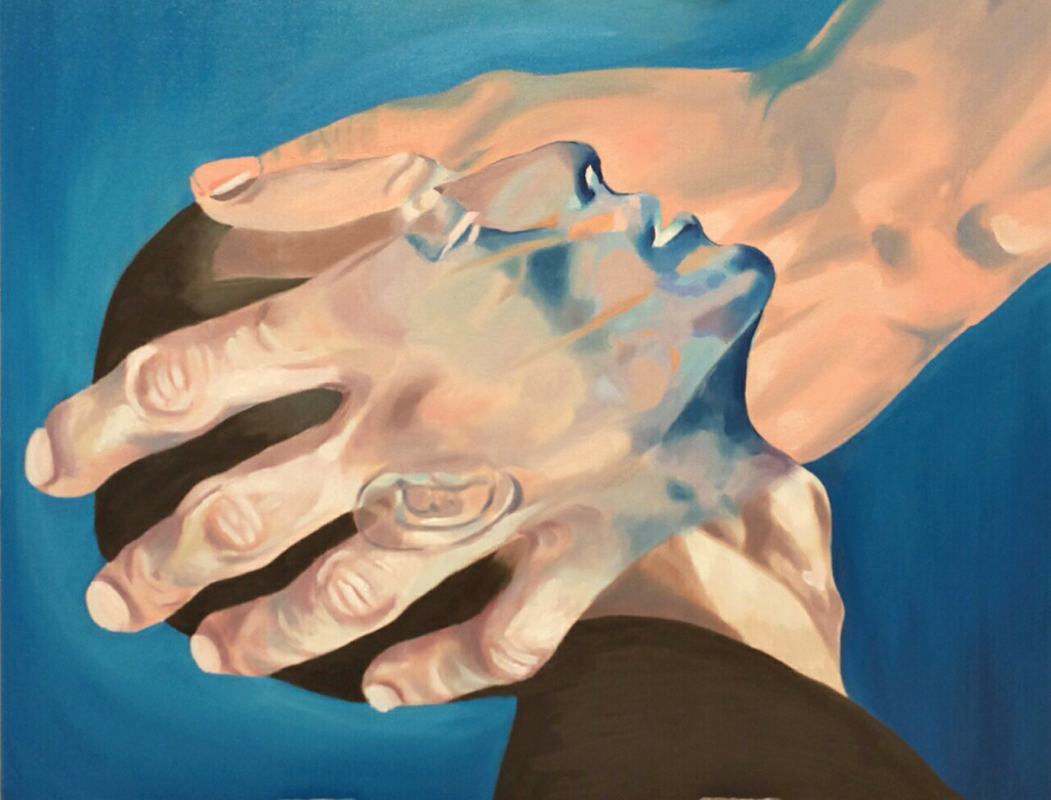 The DC Center for the LGBT Community offers the chance for local LGBTQ and queer-identified artists to showcase and sell their works on the second Saturday of every month, including Dec. 14, from 11 a.m. to 5 p.m. Prospective art buyers can expect to see original artworks in a range of media, including painting, pottery, photography, jewelry, glasswork, textiles, and clothing. Perfect time to pick up a few extra-special gifts! The DC Center, 2000 14th St. NW, Suite 105. Call 202-682-2245 or visit www.thedccenter.org. 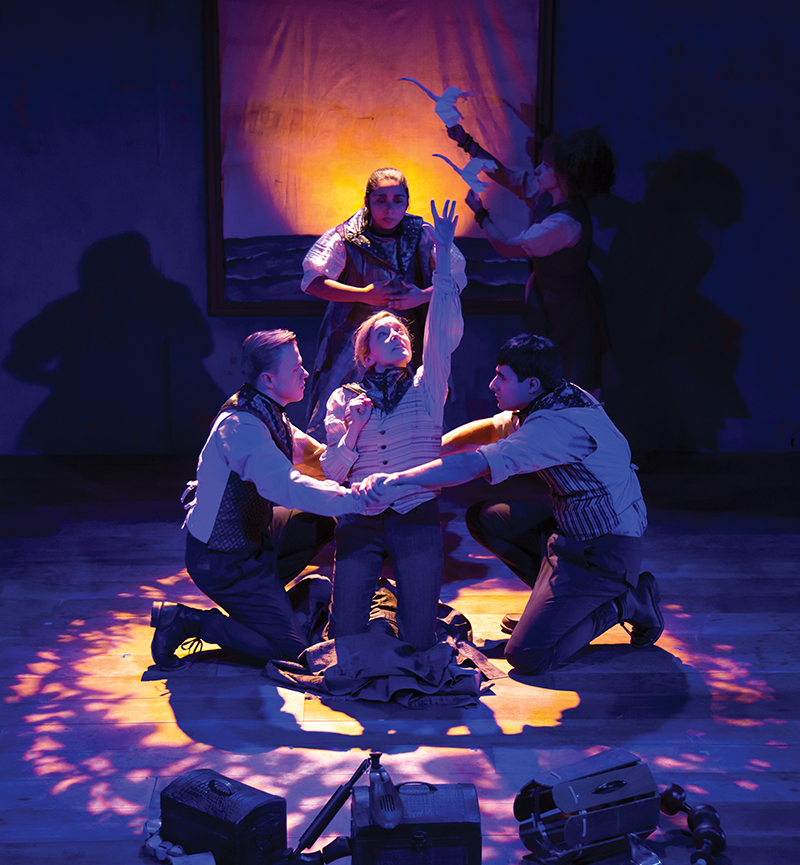 The ambitious, adventurous 4615 Theatre Company continues its third season with a world-premiere production, weaving together tales of Irish mythology adapted by Gregory Keng Strasser, a local gay theater artist as well as the company’s new producing director. The Infinite Tales is a thrilling fantasy about four children struggling through a curse that has removed them from their homeland and transformed them into swans. An exploration of national identity, the adaptation, which features live music, shadow puppetry, and ensemble movement work, was inspired by Strasser’s upbringing as a Chinese/Irish-American who has lived on both sides of the world. Company members Melissa Carter and Seth Rosenke are featured in a nine-person cast, while the company’s founding artistic director Jordan Friend serves as sound designer and composer. To Dec. 29. The Writer’s Center, 4508 Walsh St. in Bethesda. Tickets are $16.50 to $20. Call 301-928-2738 or visit www.4615theatre.com. 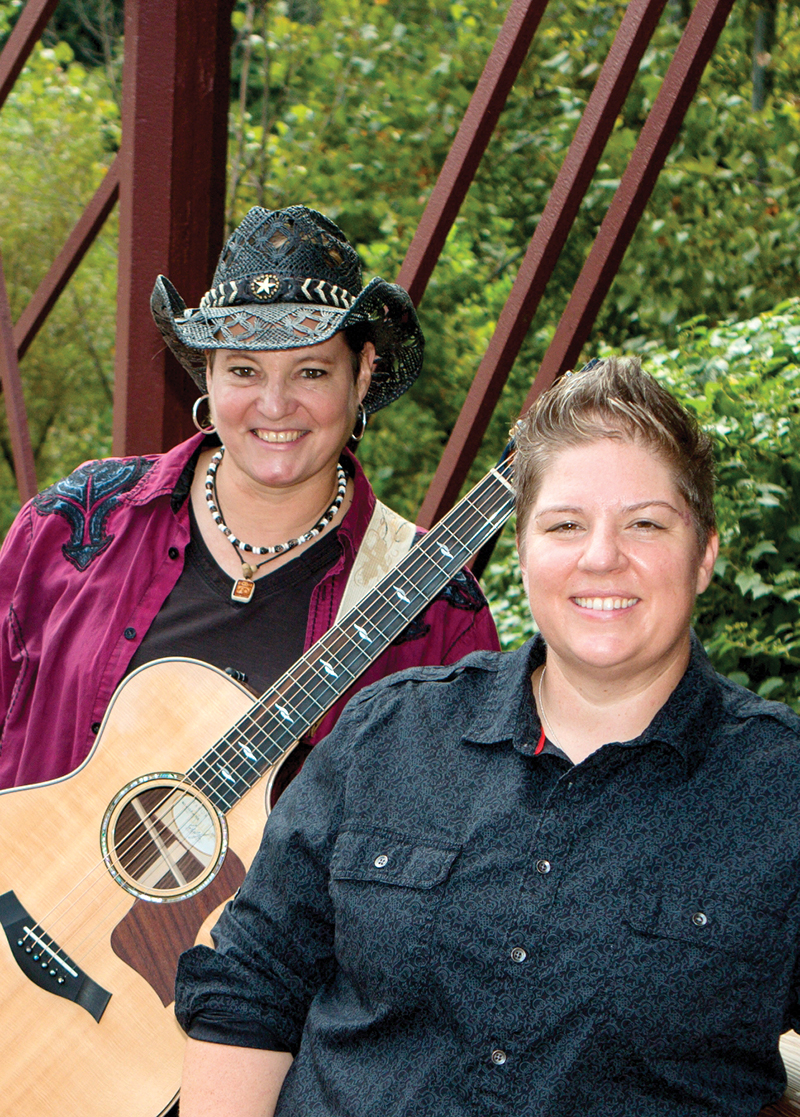 Ashland Miller and Laura Cerulli, who together make up the soulful folk-pop band Mama’s Black Sheep, both felt like the black sheep of their respective families. Why? Because they’re struggling artists, pursuing their artistic dreams. “We’re still [just] pickin’ and a grinnin’ in the beer joint, as my father likes to put it,” Miller once joked to Metro Weekly before a Capital Pride performance. Whatever you call them, just see them live — they’re really good. And they keep good company, too: Mama’s Black Sheep offers another heady lesbian folk double-bill with Philadelphia’s Christine Havrilla, who returns to Jammin Java two months after opening for out country star Chely Wright. The show is a benefit for local music education nonprofit The MusicianShip. Wednesday, Dec. 18. Doors at 6:30 p.m. Jammin Java, 227 Maple Ave. E. Vienna. Tickets are $20 to 30. Call 703-255-3747 or visit www.jamminjava.com. 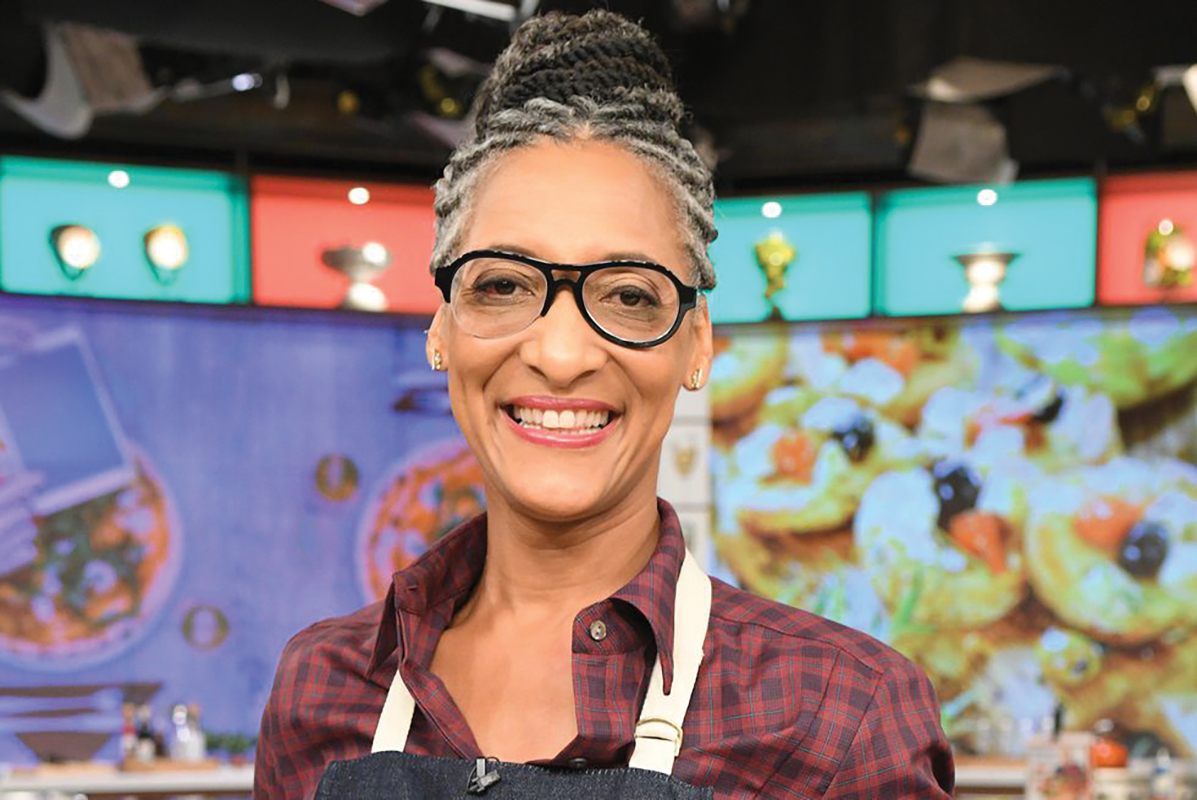 Over the summer, celebrity chef and TV personality Carla Hall appeared on the cover of Metro Weekly in advance of a Story District discussion that was ultimately postponed due to a freak thunderstorm-induced power outage at the Lincoln Theatre. Rescheduled and relocated to the more intimate Sixth and I Historic Synagogue, Breaking Bread features Hall along with fellow Top Chef alum and James Beard Award-winning chef Kwame Onwuachi of D.C.’s Kith and Kin, Washington Post Food Editor Joe Yonan, Pati Jinich of PBS’s Pati’s Mexican Table, plus three other culinary experts, all sharing food-related personal stories. “I’ll be talking about one of my experiences when I was on Top Chef: All Stars and the first time that I made an African dish, pretty much, in public,” Hall told Metro Weekly. “When I get up and talk to people, it’s pretty nerve-racking and scary. Even though people assume, ‘Oh, you do television all the time,’ it’s something very intimate and it makes you feel very vulnerable to be on stage telling a story in a succinct manner.” Tuesday, Dec. 17, at 7:30 p.m. 600 I St. NW. Tickets are $30 to $35. Call 202-408-3100 or visit www.sixthandi.org.

Randy Shulman is Metro Weekly's Publisher and Editor-in-Chief. He can be reached at rshulman@metroweekly.com.
← Previous Story Oscars update: Over half of all Best Picture nominees are LGBTQ-inclusive films
Next Story → Kevin Hart admits he was “immature” about backlash over gay jokes