Back in October, Thea Kano, artistic director of the Gay Men’s Chorus of Washington, approached Tony Prestridge with a special request. A member of the chorus for nine years, Prestridge is often utilized by the LGBTQ cultural organization for his design skills, especially around the time of its annual holiday concert.

“I’ve got a project for you,” said Kano. “I want a Christmas tree.” “How big do you want it?” asked Prestridge. “As big as you can make it,” came the response.

The resulting tree towers seven feet tall and incorporates a lavish gown, fashioned from green satin laid over a massive hoopskirt. It comes complete with sequins, a Victorian-style headpiece, and an abundance of fir tree branches, but no lights. “We don’t do lights,” says Prestridge. “We tried that about five years ago. It became very heavy.”

Prestridge isn’t the only designer creating stylishly elaborate, often whimsical costumes for The Holiday Show — the job is simply too big for one person. So he’s joined by fellow chorus-mates Jeffrey Hollands, who is devising the outfits for the GMCW’s dance troupe, and Gary Turner. But the tree provides this year’s holiday core, and the 54-year-old Prestridge, a government worker by day, is hoping it will have the requisite merry impact.

“The biggest joy for me is seeing the garments on stage and hearing not only the chorus but the audience react,” he says. “I call it the ‘gay gasp.'” 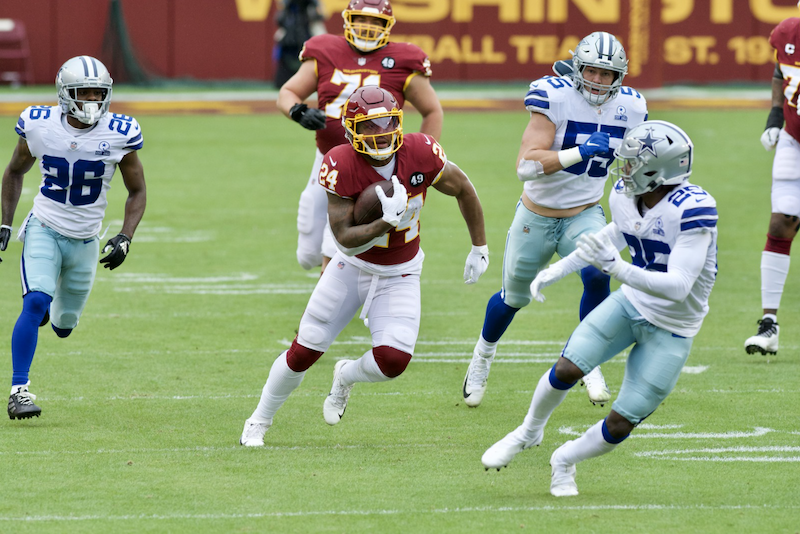