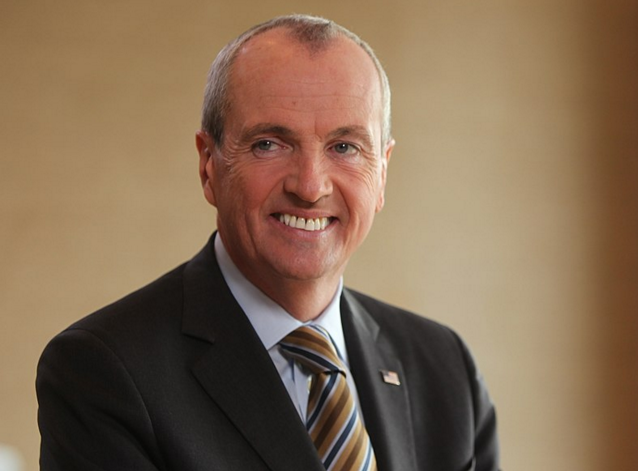 On Tuesday, New Jersey Gov. Phil Murphy signed a bill into law prohibiting the use of “gay or trans panic” defenses by criminal defendants accused of homicide.

With Murphy’s signature, the new law brings New Jersey into line with seven other states that have banned the use of the tactic as an affirmative defense — meaning that the defendants’ lawyer argues that the person was justified in using deadly force because of their fear or discomfort over a victim’s actual or perceived sexual orientation or gender identity.

“We will always stand with our LGBTQ+ community and promote full equality for all our residents,” Murphy said in a statement. “Gay and trans panic defenses are rooted in homophobia and abhorrent excuses that should never be used to justify violence against vulnerable populations. With this new law, we are enacting critical measures to protect our friends and neighbors in the LGBTQ+ community.”

Gay or trans panic defenses have traditionally been employed to argue for a lesser sentence or more leniency by playing on the anti-LGBTQ prejudices of judges or juries. Such tactics were employed — both successfully and unsuccessfully — in a number of high-profile cases involving LGBTQ victims, including Matthew Shepard, Brandon Teena, Marco McMillan, Gwen Araujo, Angie Zapata, and Islan Nettles.

“The ‘gay panic or trans panic’ defense is not a freestanding defense to criminal liability, but rather a legal tactic. It’s used to diminish the reason for a defendant’s violent reaction that asks a jury to find a victim’s sexual orientation or gender/expression as the cause,” Assemblymember John McKeon (D-West Orange), one of the chief sponsors of the bill, said in a statement. “Whether the person was gay, transgender or heterosexual, sexual orientation should not have any bearing on determining a person’s guilt in a murder trial.”

“The so-called ‘gay panic defense’ or ‘trans panic defense’ has never been more than a transparent attempt to allow the assault or murder of LGBTQ individuals to happen with impunity, and it is long past time that we ended this dark chapter in American legal history,” Assemblymember Joann Downey (D-Freehold), the chief co-sponsor of the bill in the Assembly, said in a statement.

“As hate crimes against LGBTQ New Jerseyans continue to rise and trans people are murdered across the nation, it’s more imperative than ever that we ensure our criminal justice system protects LGBTQ people equally — full stop,” Christian Fuscarino, the executive director for Garden State Equality, said in a statement.

La’Nae Grant, a transgender woman from East Orange, N.J., said that transgender women are often targeted for murder, violence, or harassment simply because of their decision to live authentically and not closet themselves.

“We deserve to live with dignity and safety in our communities,” Grant said in a statement. “Knowing that the ‘panic’ defense is banned in New Jersey is another victory and moment of empowerment for black trans women like myself, but there’s still more work to do for our community.”

John Riley is the local news reporter for Metro Weekly. He can be reached at jriley@metroweekly.com
← Previous Story California lawmakers seek pardon for gay civil rights leader Bayard Rustin
Next Story → Gay man’s killer charged with violating parole after being released from prison