By John Riley on January 29, 2020 @JohnAndresRiley 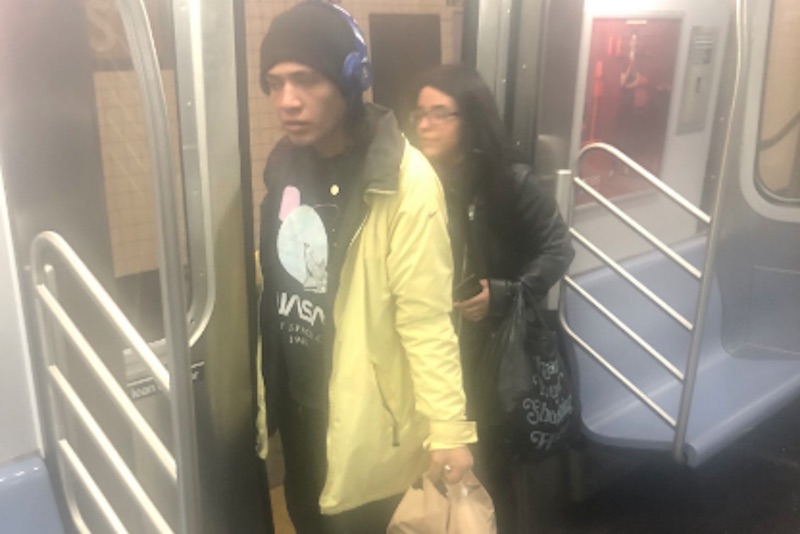 Suspects in the attack on Serena Daniari – Photo: NYPD.

New York City police have arrested a man who was part of a couple who attacked a transgender woman on the subway on Friday.

On Monday, NYPD Chief of Detectives Rodney Harrison tweeted that police had apprehended the chief suspect in New Jersey.

“Great job by Manhattan Warrants apprehending this suspect in NJ,” Harrison said. “Thank you to everyone who called in with information. As I’ve said before, if you choose to commit a crime that is motivated by prejudice, you will be held accountable and brought to justice.”

Great job by Manhattan Warrants apprehending this suspect in NJ. Thank you to everyone who called in with information.

As I’ve said before, if you choose to commit a crime that is motivated by prejudice, you will be held accountable and brought to justice. https://t.co/M3hr11UBwc

A police source said Valle had more than 27 prior arrests for various charges, including drugs, robbery, and assault, the New York Post reports.

Valle is accused of attacking Serena Daniari, a transgender activist and multimedia journalist, while she was waiting for a southbound C train at West 155th Street, in Manhattan, on Jan. 24.

Daniari told The Post that she was wearing headphones and reading a book when Valle, who was accompanied by a woman, asked her a series of questions that she didn’t understand.

She claimed the man spat on her and slapped her in the face. When she attempted to take a photo of the man with her phone, the woman accompanying him slapped her iPhone out of her hand.

The couple ran out of the station, but were caught by security cameras. Police then released the photo of the suspects, asking the public to help identify them.

Daniari later posted a video to Twitter recounting her side of the story. In the video, she is shown sobbing, saying: “[I] swear I just wish people would leave me alone. I don’t do anything, I just wanna be left alone.”

I was just attacked by a couple on the train. They spit on me and hit me and called me transphobic slurs. pic.twitter.com/YgPDZncIpo

New York City Mayor Bill de Blasio noted on Twitter, prior to the arrest, that police were investigating the attack as a hate crime.

He also apologized to Daniari and the transgender and nonbinary communities, tweeting: “Serena on behalf of your city I’m so sorry this happened. Transgender and non-binary New Yorkers deserve to travel in their city without fear.”

Gov. Andrew Cuomo (D) also apologized for the attack and offered his support to Daniari on Twitter. In response, she tweeted: “Thank you from the bottom of my heart. Trans folks simply want to live our lives in peace, and deserve to be able to move through the world free of harassment.”

Thank you from the bottom of my heart. Trans folks simply want to live our lives in peace, and deserve to be able to move through the world free of harassment. https://t.co/yGimE83OCu