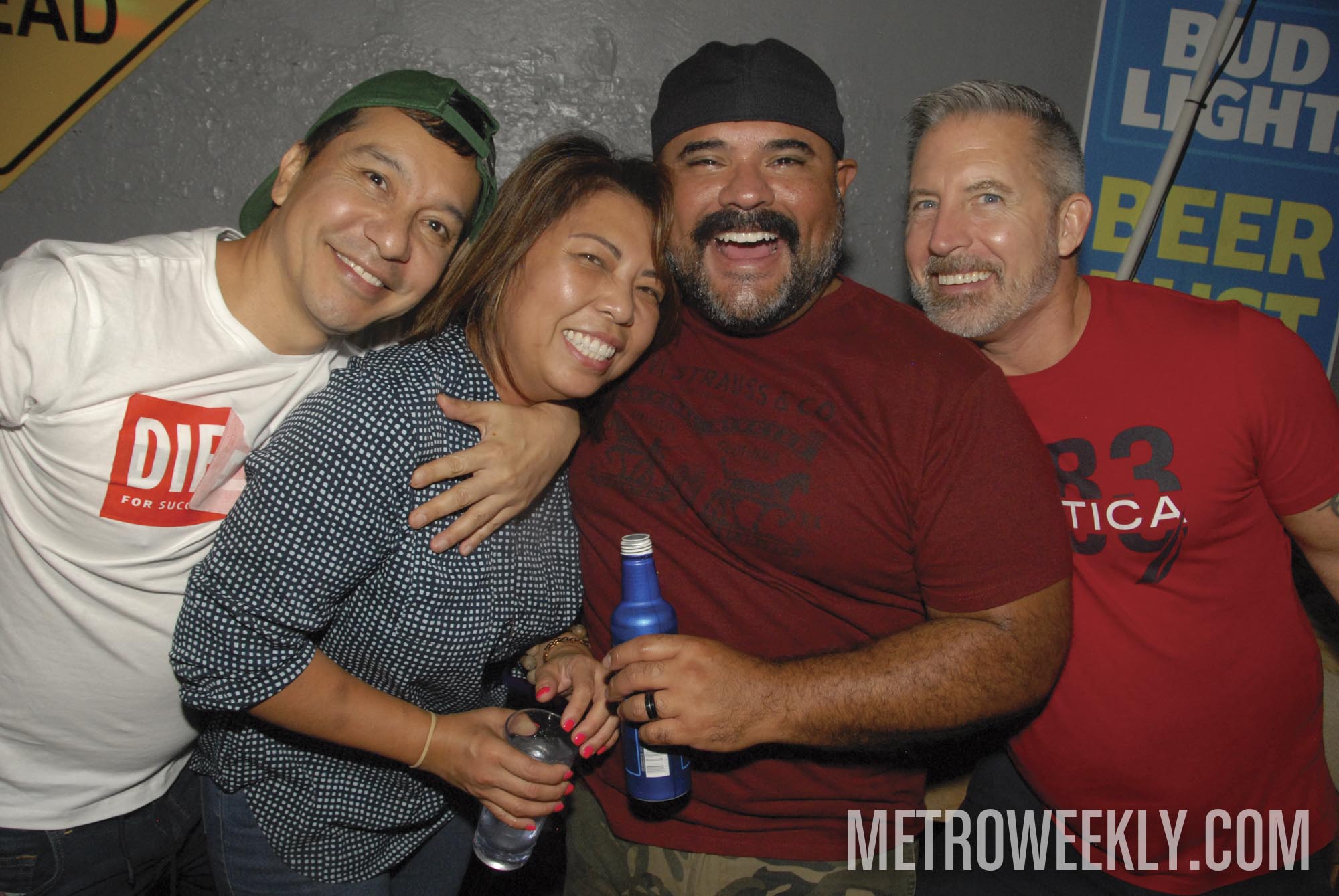 Named after the popular hangout spot on Beverly Hills 90210, Peach Pit celebrates the pop music of the 1990s and has been a monthly entity for a full decade now of its own. Patrons are encouraged to arrive as close as possible to the 10:30 p.m. start time this Saturday, Jan. 18, or else risk waiting in a long line in the cold outside once the intimate DC9 reaches capacity. The result could be a “you’re frozen” moment when DJ Matt Bailer decides to spin your favorite Madonna jam of the decade — when you’re heart’s not open, Mm! Admission is $5 before midnight, $8 after. 21 and above.

The next day, Sunday, Jan. 19, at the same venue comes the other decade-spanning monthly venture from Bailer, this one geared to those who wanna dance with somebody who loves them while reminiscing about a time when doves cried and people were hungry like the wolf. Oh, and also when a certain Ms. Ciccone cried, “I’m burning up!” and in due time you clapped back, “with your love!” Named after the retirement village where the gay-popular TV series The Golden Girls took place, Shady Pines focuses on the ’80s, when pop music was wild and formulaic, eclectic and overproduced. The party is from 3 to 7 p.m and takes place on DC9’s enclosed, heated rooftop. Admission is free. DC9 is at 1940 9th St. NW. Call 202-483-5000 or visit www.dcnine.com.

In case you were wondering, there is not a new queen on the scene named Chanellie. Rather, Chanellie is the name of the game at Nellie’s Drag Brunch ever since Chanel Devereaux ascended to the throne as queen of queens for the venue’s popular brunch. This weekend, Devereaux will slay, sashay, and serve alongside Deja Diamond Jemaceye, Sapphire Ardwick Ardmore-Blue, and Celestia Cox at all four shows and seatings.

In addition, those at 11 a.m. and 1:30 p.m. on Saturday, Jan. 18, will also feature Indiana Bones, Chicki Parm, and Synchottia C. Diamond Blue, and the shows at 11 a.m. and 1:30 p.m. on Sunday, June 19, will have the additional delights of LaBellela Maffia, Alexa V. Shontelle, and Holly Whatt. The All-You-Can-Eat Brunch Buffet includes roast pork, vegetarian pasta, cheesy grits, soups, salads, fruit, and dessert, as well as everyone’s first mimosa or mary mixed by “your favorite shirtless bartender,” Andrew Sweeney. Ages 21 and up. Nellie’s Sports Bar is at 900 U St. NW. Tickets are $41.91. Call 202-332-NELL or visit www.nelliessportsbar.com.

SPARK AT A LEAGUE OF HER OWN

When we lost Cobalt last year, we also lost one of the city’s longest-running queer women’s dance events, the third-Saturdays Bare. Promoter Karen Diehl and her LURe DC team found a way to reignite last fall with a new party at a new venue, and a new sense of purpose. The next Spark at A League of Her Own in Adams Morgan strikes this Sunday, Jan. 19, starting at 9 p.m., with music by DJ Honey and drinks by ALOHO staff plus guest bartenders Jewel Murray and MJ Egan.

In addition to luring like-minded queer folk to dance, drink, and deepen their bonds, Spark also aims to raise money and/or awareness for a specific cause, organization, or “awesome” person. A portion of proceeds from the first “party with a purpose” in 2020 will go to the Obong Belton Foundation, a local nonprofit that supports women and young girls who have marginalized because of their gender. A League of Her Own is at 2319 18th St. NW. No cover. 21 and up only. Call 202-733-2568 or visit www.pitchersdc.com.

This Sunday, Jan. 19, Tammy Truong’s improbable little bear bar that could will roar into another year of business by first feeding the hungry furry fellas for free, via a three-hour Complimentary Dinner Buffet starting at 3 p.m. It may be well before the normal dinner bell, but many a bear will be there with bells and bibs on. An hour into the feeding frenzy, DJ Mike Babbitt, one of Uproar’s signature DJs, will crank up the heat and bring in the beats for a five-hour frisson of happy, poppy, housy music, fueled by the Beer Bust special of $17 Bottomless Bud Light on tap.

Those who aren’t yet busted or ready to bust after the clock strikes 9 p.m. are in luck, as Uproar will honor the special occasion of its anniversary with a nighttime party and closing set from DJ Bo Bear from Miami. Uproar is at 639 Florida Ave NW. Call 202-462-4464 or visit www.facebook.com/uproarloungedc.