At the Home + Remodeling show, Kevin O'Connor will discuss rebuilding the fire-ravaged town in the new season of "This Old House"

“Why are people rebuilding in Paradise, when they know it is a fire-prone, wildland-urban interface area?”

Kevin O’Connor has heard a variation of that question over the last month as PBS stations started airing new episodes of This Old House featuring the fire-ravaged California town. His answer? “Because it’s home. That’s what I’ve learned visiting a lot of these people and places after these disasters.”

As the show’s host, O’Connor has led excursions to document recovery efforts and help with rebuilding after major disasters in locales such as New Orleans, New Jersey, Texas and California. Everywhere, he has come to realize, it’s the same: “There’s no stopping people from going back to the places where they grew up, where they were born, where they have family, community, church. So let’s help them go back as safely and as soundly as they can.”

Currently, the focus is on three young families who are among the first to return to Paradise. The small town in the Sacramento Valley has struggled with an extreme housing crisis ever since a devastating wildfire in November 2018 left most of its residential homes destroyed. “It’s still early [in the rebuilding process],” O’Connor says. “I don’t have a sense as to how many people will come back. I do know that people will come back, I just don’t know how many.”

O’Connor will elaborate on the progress in Paradise plus provide other insights and behind-the-scenes looks into This Old House‘s 41st season as a speaker at the Home + Remodeling Show. After the presentation, he will take questions from the audience — including, invariably, from “the folks who try to come and stump [me]. They bring you the crazy: pictures of the thing that makes no sense, or the sound that they can’t seem to figure out. It becomes a challenge for me to try to figure out. It’s kind of like trying to diagnose what caused a death without having access to the body.”

"Love, Victor" leans into its teen soap tendencies, while still diving deeper into a nuanced tale of queer acceptance 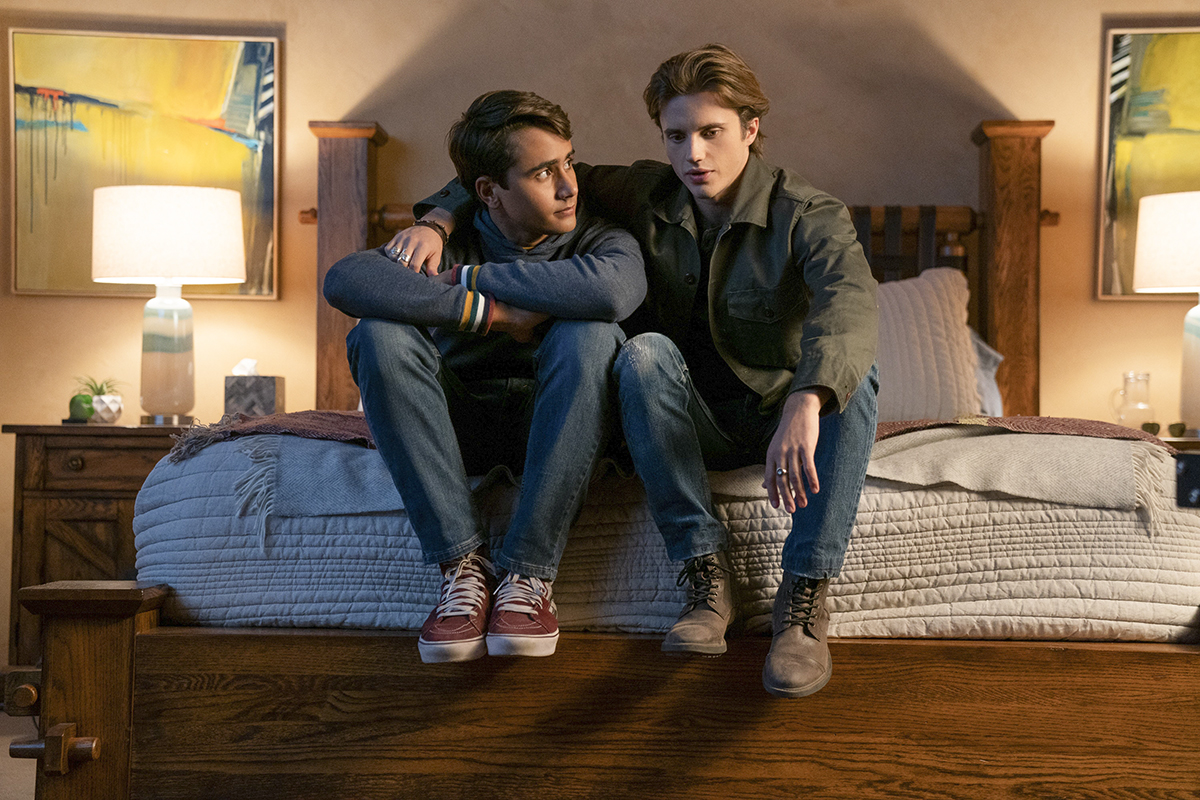 After struggling through his sophomore year to accept his sexuality, Victor Salazar, the virtuous but imperfect high school hero of Hulu's Love, Victor (★★★☆☆), took a giant leap forward in the final moments of season one, announcing to his parents, "Mom, Dad, I'm gay."

Somewhat defying expectations, it's been practically all rainbows and kisses for Victor (Michael Cimino) since then, as tipped by the title of season two's first episode, "Perfect Summer Bubble." The 17-year-old got the summer he wanted with the boy he wanted, Benji (George Sear), the toothsome twosome slinging lattes side-by-side at the Central Perk of their leafy Atlanta suburb. But their bubble's set to burst as the lovebirds return to Creekwood High, where Victor, known as a straight basketball star dating popular girl Mia (Rachel Hilson), risks it all by going public with his and Benji's relationship.