By Doug Rule on February 6, 2020 @https://twitter.com/ruleonwriting 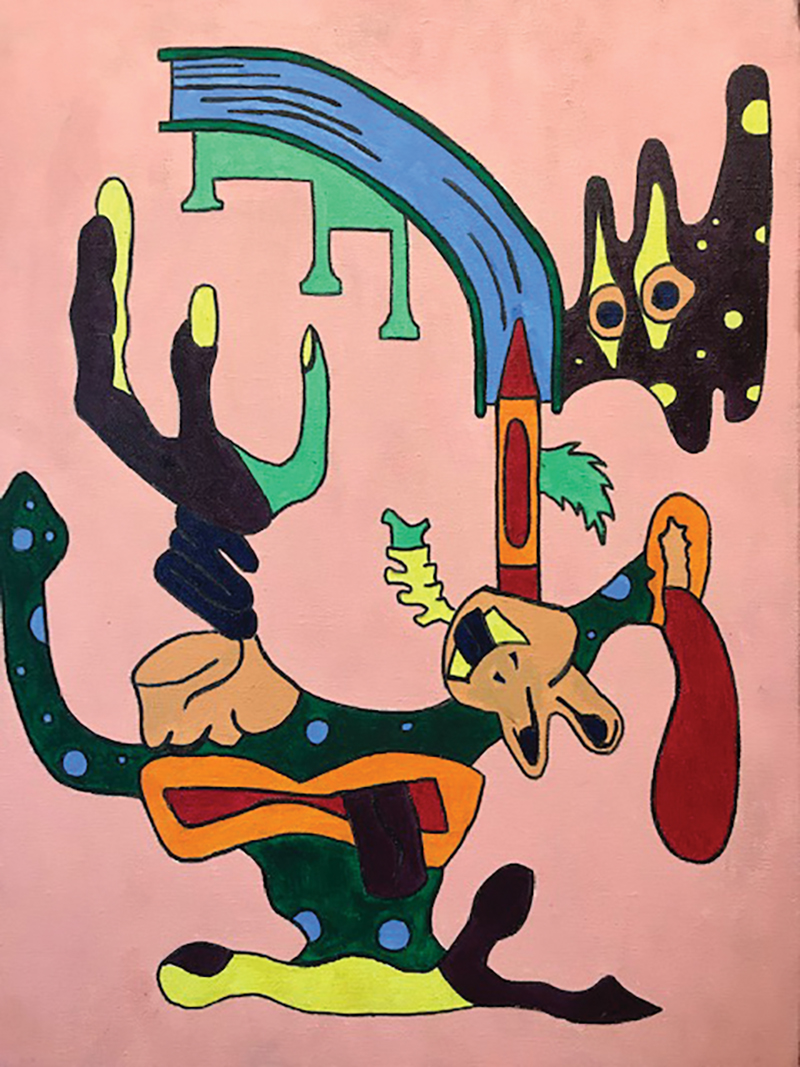 Laya Monarez’s Walking the Stroll is one of her newest and more direct works of art. As it happens, it’s also personal.

“That piece is about sex workers and some of their experiences,” she says. “It relates to a lot of the activism I’ve been doing the last five years.” Yet the painting — and the activism with the DC Trans Coalition that inspired it — stem from her own experiences as well. Last fall, Monarez publicly shared that during a D.C. Council hearing focused on a proposal to decriminalize sex work.

“I got up there and kind of gave some of my life experiences based on some sex work that I’ve had to do in my life to survive. As a trans woman of color, sometimes it’s been very difficult to find jobs — even when you have a college degree like I do. Many of us have had to resort to things like sex work. When we’re out there, we face a lot of danger or violence, and because it’s criminalized, we often can’t report what’s happened to us.”

Monarez grew up in Herndon, Virginia. She moved to D.C. in 2001 to attend school at the Corcoran College of Art and Design, where she came out as bisexual. It would take many years before she realized her full LGBTQ identity.

“When I came out as trans, my dad completely disowned me for five years,” she says, describing her Mexican-born father as “very Latino machismo, and very Christian — he was from a gang growing up. So I never really thought he’d come around.” He did, ultimately, come around, after Monarez’s two sisters gave him an ultimatum: “We’re not going to come home for Christmas anymore unless you decide on inviting Laya, because she’s family ,too.” 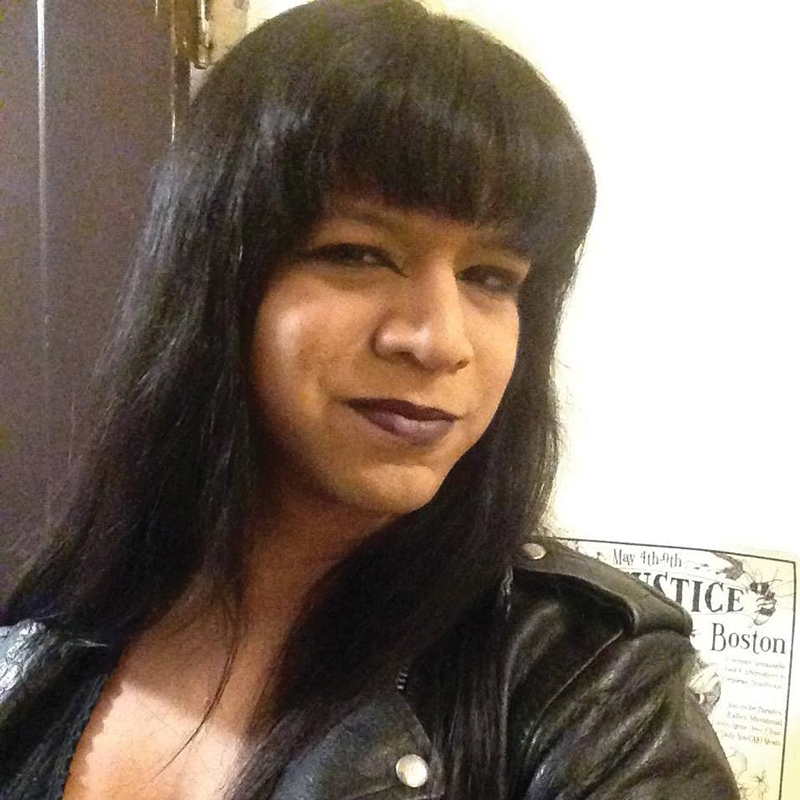 “Eventually, they really started to accept me,” Monarez says. “And my dad really, really supports me.”

Monarez is an operations coordinator for the Human Rights Campaign, work that has also helped inspire her at the easel. Right now, the DC Center is presenting a retrospective-style display of the 36-year-old’s artwork spanning nearly two decades, ranging from murals influenced by Mexican surrealism and Japanese pop art to drawings “inspired by plant and human anatomy, and the concept of comparing humans to viruses and viruses to humans.”

Monarez gives an artistic nod to HRC in a recent piece entitled Gears of Love. The work features a large red rose surrounded by gears in a rainbow of colors. “The concept is love is love is love,” she says. “A reminder that queerness, trans love, gay love is all universal and all equates to the same love as cis-hetero love.” 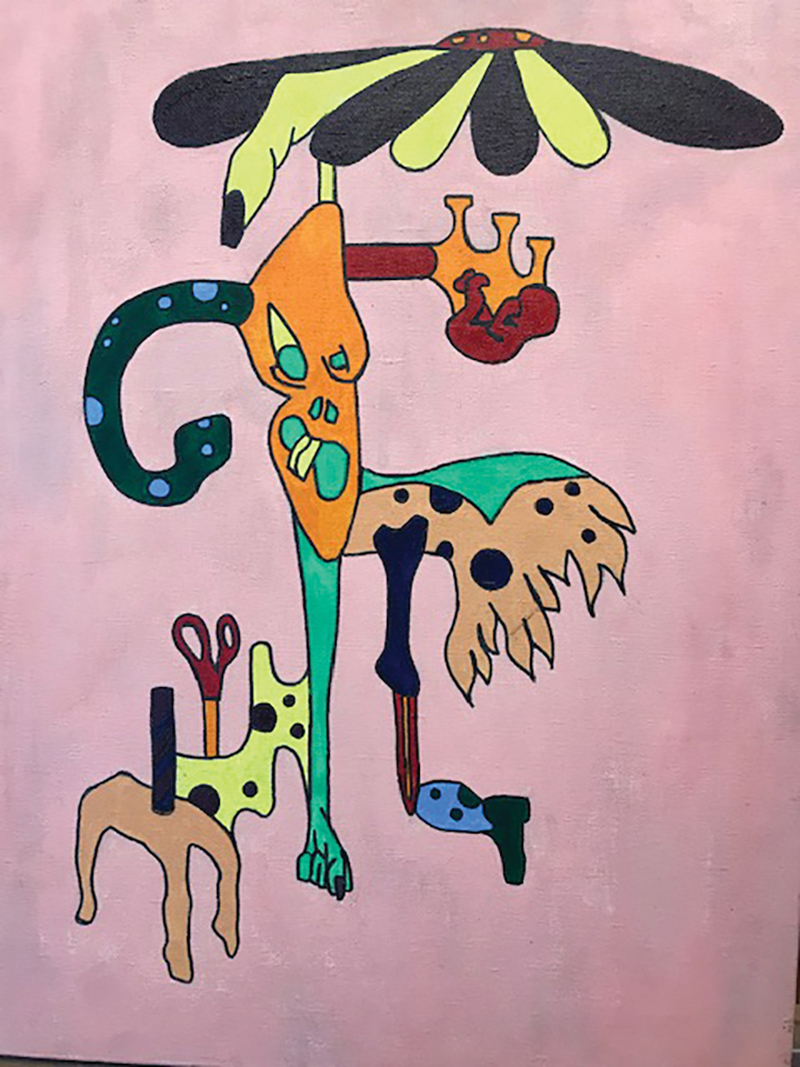 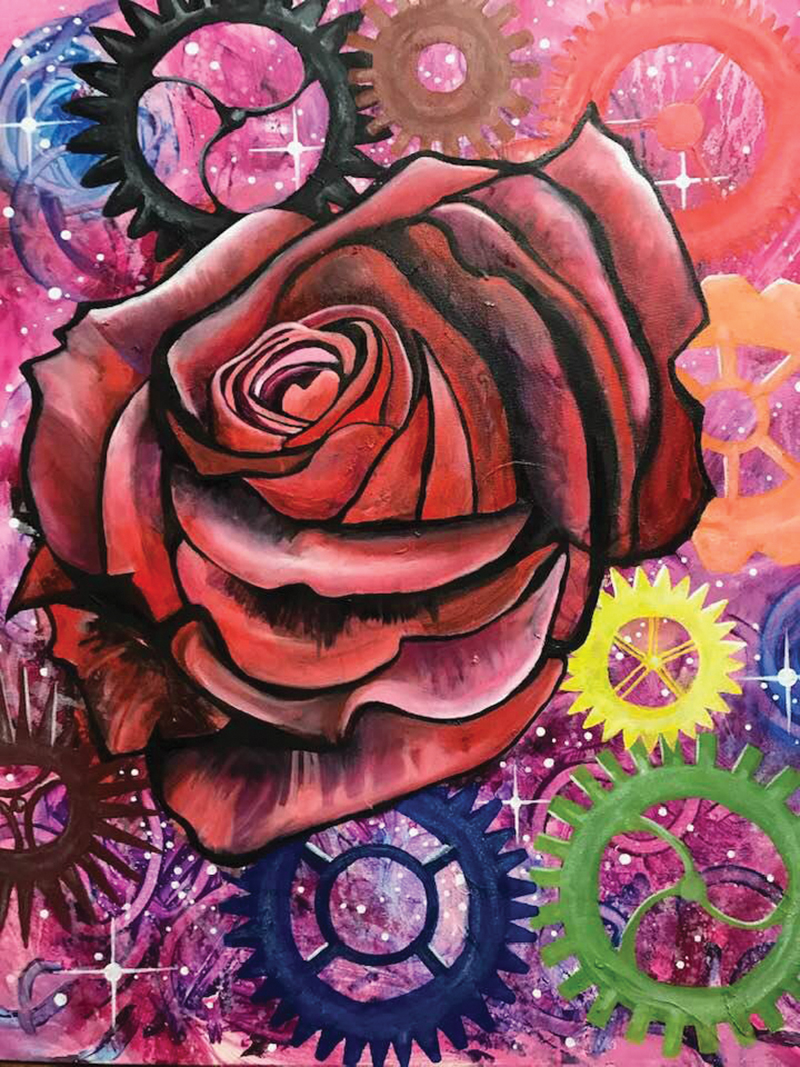 Laya Monarez: Gears of Love, 24×30, Oil and Acrylic on Canvass 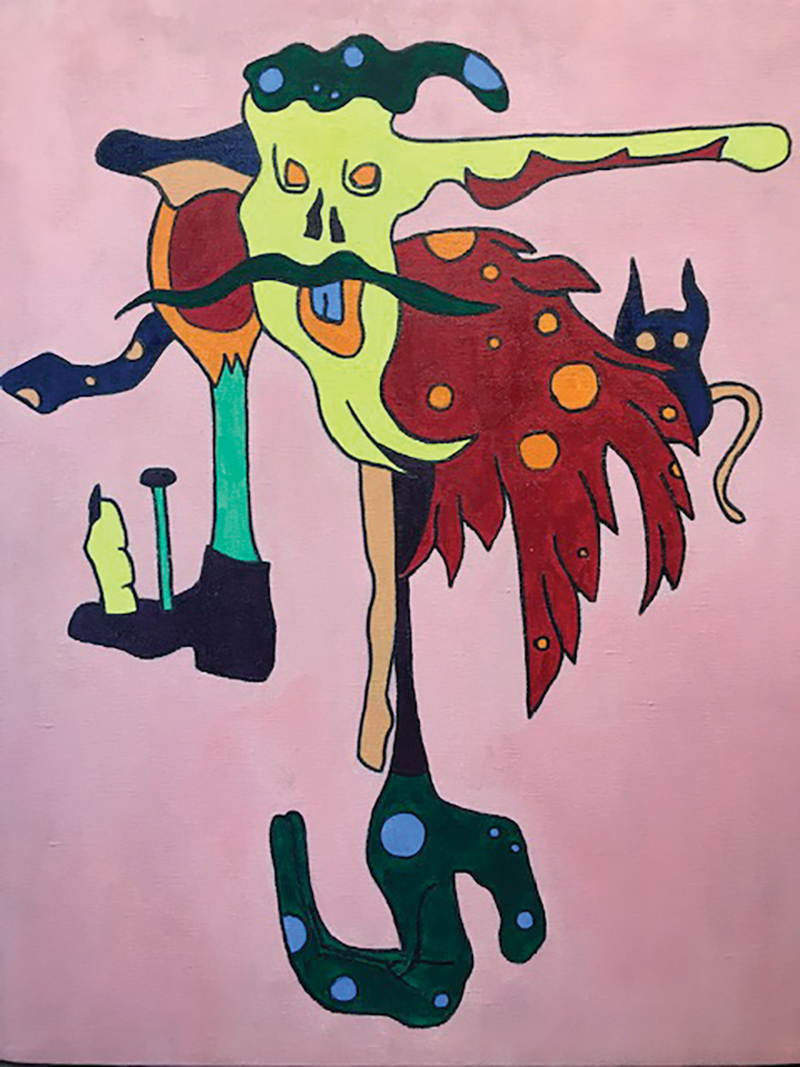 The Mixed Media Work of Laya Monarez is on display through the month of February in the DC Center’s Center Arts Gallery, 2000 14th St. NW. Call 202-682-2245 or visit www.thedccenter.org.