With the Virginia Values Act, the commonwealth becomes the first Southern state to pass protections for LGBTQ residents

By John Riley on February 6, 2020 @JohnAndresRiley 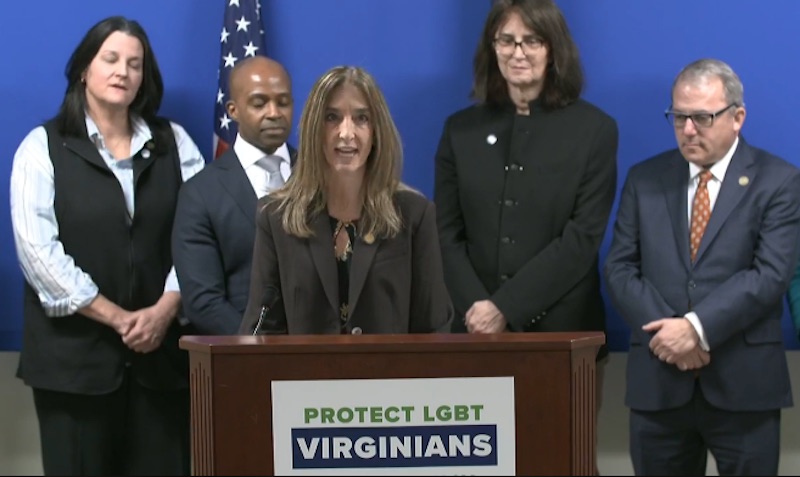 On Thursday, the Virginia House of Delegates passed a slew of pro-LGBTQ bills this week, including landmark legislation known as the Virginia Values Act, which would protect LGBTQ people in the commonwealth from discrimination.

The most prominent bill, the Virginia Values Act, sponsored by Del. Mark Sickles (D-Franconia), prohibits discrimination in public and private employment, housing, credit, and public accommodation based on a person’s real or perceived sexual orientation or gender identity.

It also adds protections for other classes of people, including veterans, people with disabilities, and pregnant women in parts of Virginia’s civil rights laws where they are not explicitly mentioned, such as housing, credit, and public accommodations.

On Thursday, lawmakers also passed a bill, sponsored by Del. Danica Roem (D-Manassas) that gives localities the ability to pass their own ordinances extending nondiscrimination protections to LGBTQ individuals, and another, by Del. Elizabeth Guzman (D-Dale City), that requires the Department of Human Resource Management to develop online competency training for state employees on how to interact with LGBTQ individuals.

The bill requires all existing state employees undergo training by April 2021, and any new hires must complete the training within 90 days of being hired.

“Every Virginian deserves to live and work without the fear of harassment, discrimination, or violence,” James Parrish the director of the Virginia Values Coalition, the chief coalition of statewide and national organizations, businesses, and individuals pushing for passage of nondiscrimination protections, said in a statement. “We couldn’t have come this far without the support of our lawmakers, faith leaders, allies, parents, law enforcement officers, veterans and people of all political ideologies committed to protecting LGBTQ Virginians.”

“Discrimination against our gay, lesbian and transgender friends, family, neighbors and co-workers in employment, housing and public accommodation has always been abhorrent and unacceptable,” Speaker Eileen Filler-Corn (D-Fairfax Station) said in a statement expressing her support for the Virginia Values Act.

“Today, we have laid a marker down that every Virginian can work hard, earn a living wage, and live their lives without fear of discrimination based on who they are or who they love. The sun shines brighter on the Commonwealth of Virginia with the House’s passage of this landmark legislation.”

“The House Democratic Majority is proud to stand behind these anti-discrimination bills, promoting inclusivity throughout the legal code,” House Majority Leader Charniele Herring (D-Alexandria) added. “All people in the Commonwealth deserve fair treatment under the law.”

“Discrimination has no place in Virginia, regardless of circumstance. These bills will provide long-overdue protections to Virginians who have been historically subject to bigotry and prejudice,” House Democratic Caucus Chair Rip Sullivan (D-McLean) said. “As we move into a new decade, let’s make sure our laws leave no Virginian behind.”

Vee Lamneck, the executive director of Equality Virginia, noted that the commonwealth is home to over 250,000 LGBTQ adults who will be directly impacted by these bills, particularly the Virginia Values Act.

“Our organization has been advocating for bills that would protect LGBTQ people for years,” Lamneck said. “We’re very proud that this legislation also includes protections for people who live at the intersection of multiple marginalized identities, including people of color, women, veterans, and people with disabilities.”

“Today, history was made in Virginia, and LGBTQ Virginians are one step closer to being protected from discrimination simply because of who they are or whom they love,” Human Rights Campaign President Alphonso David said in a statement. “This day would not have been possible without the years and years of tireless work from advocates across the commonwealth, or the voters in Virginia that filled the halls of the General Assembly with pro-equality champions who fulfilled their promises. HRC is proud to have worked to elect pro-equality lawmakers across Virginia in 2019, and we are thrilled to see that effort culminate in this important victory today.” 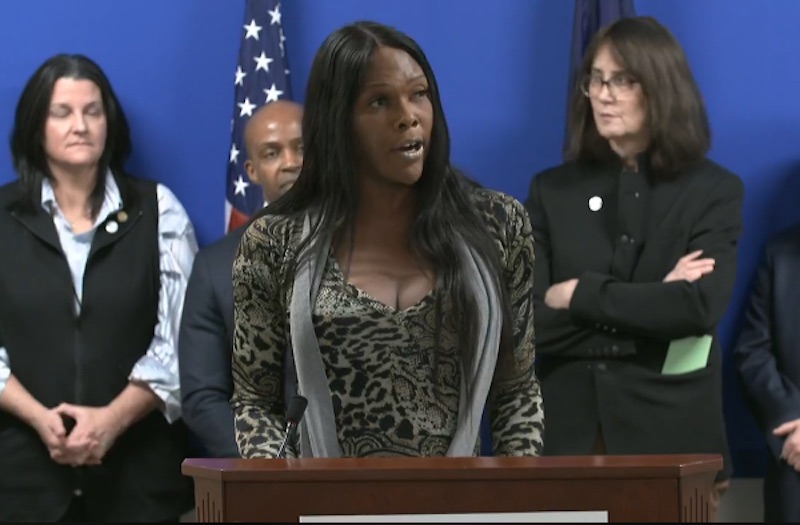 Zakia McKensey, the founder of Nationz Foundation, speaks at a press conference for the Virginia Values Coalition – Photo: Equality Virginia.

“This is a historic day and bright moment for the whole country as Virginia prepares to become the first Southern state to ensure full, comprehensive protections for LGBTQ people from discrimination,” Kasey Suffredini, the CEO and national campaign director of Freedom for All Americans, said in a statement. “The momentum for freedom and fairness in Virginia will reverberate across America as ongoing proof that people of all beliefs and backgrounds — living in red, blue, and purple states — can and do support nondiscrimination protections.”

Rev. Jasmine Beach-Ferrara, the executive campaign director of the Campaign for Southern Equality, praised the passage of the Virginia Values Act, in particular, as a “breakthrough” for the American South.

“For years we’ve been seeing public support for the inherent dignity of LGBTQ people grow among Southerners. In 2020, we’re seeing that support for LGTBQ equality show up as a political force across the South: Today’s vote in Virginia builds on the regional momentum of legislation protecting minors from ‘conversion therapy’ advancing in Kentucky and Republican elected leaders in West Virginia and Georgia publicly opposing anti-LGBTQ discrimination,” she said in a statement.

“We will keep pushing for — and celebrating — progress at the local and state levels. But the reality remains that we need federal action as quickly as possible to ensure that protections reach every corner of the South,” Beach-Ferrara added, echoing calls by HRC, Freedom for All Americans, and other LGBTQ national groups. “We continue to call on the United States Senate to pass the Equality Act, which has already passed the House and would provide LGBTQ-inclusive nondiscrimination protections at the federal level.”

Us Helping Us prepare for National Black HIV/AIDS Awareness Day on Feb. 7