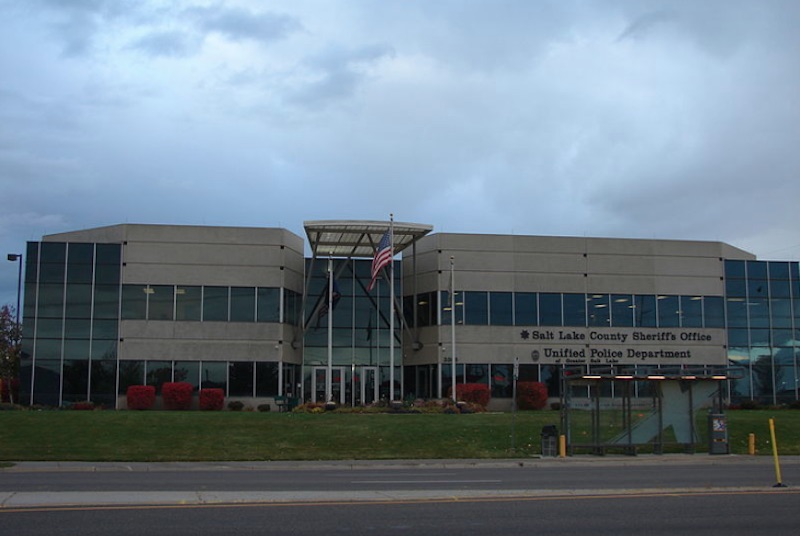 A former police officer has sued the Unified Police Department of Salt Lake City for allegedly discriminating against him due to his gender identity.

Taylor Scruggs, a former teacher, was hired by the UPD in May 2005, and worked there for 10 years without incident, rising up the ranks from deputy to patrol officer to detective. But in May 2015, Scruggs began transitioning and taking testosterone. In the meantime, he applied for a promotion and was elevated to the position of property crimes detective.

Yet Scruggs began experiencing difficulty once he informed his supervisors of his transition. But his superiors didn’t push forward with LGBTQ competency training, and the department never created a gender-neutral restroom for Scruggs to use, reports the Salt Lake Tribune.

Two years later, a new deputy chief, Brent Atkinson, took over the precinct where Scruggs was working. Although Atkinson claimed to be accepting of Scruggs’ gender identity, Scruggs alleges in his lawsuit that he was treated differently from other detectives. Atkinson allegedly refused to talk to Scruggs about his cases or offer him support that he offered to other detectives.

Scruggs also alleges that when he tried to complain to his immediate supervisor, he was given lesser assignments and “busy work,” only to have his supervisor later complain about his lack of productivity.

Meanwhile, Scruggs claims he was subjected to ridicule, with his co-workers frequently snickering at him and making snide comments about his clothing or appearance. One colleague even placed a “Men Only” sign on the door of a previously unmarked bathroom that Scruggs and others had been using for years.

As a result, Scruggs began to experience anxiety and depression and began to self-medicate himself using alcohol.

“I felt really alone, like I wasn’t being supported,” he said. “I would go home and not feel feel that same, ‘Gosh, you can’t wait to get up and do it all over again tomorrow’ feeling.”

Soon after, Scruggs decided to move forward with gender reassignment surgery to treat his gender dysphoria, which was fueling his addiction. He scheduled the surgery for the spring of 2018, but learned that his employer-sponsored insurance would cover the costs hormone therapy and the surgical procedures involved in a gender confirmation surgery, but only if such therapies or surgeries were not prescribed for the purpose of a gender transition.

A few months later, in July 2018, Scruggs checked into rehab for substance abuse problems, but was eventually written up for “sick leave abuse and training violations” and demoted back to patrol officer. In September, Scruggs had an adverse reaction to new medication and called the University of Utah Health crisis line, where he threatened suicide and threatened his supervisors, according to the lawsuit.

In November, he tried again to get insurance coverage for the cost of gender confirmation surgery. Five days later, UPD fired him for the threats made back in September.

In the lawsuit, Scruggs alleges that the depression and substance abuse that Scruggs developed, which eventually cost him his job, were a result of the discrimination and harassment he faced at the hands of his colleagues.

He claims that UPD’s employee health insurance plan discriminates against transgender people by refusing to provide insurance coverage for surgeries specifically prescribed for the purposes of a gender transition.

Specifically, the lawsuit alleges that Scruggs faced a hostile work environment, discrimination based on sex, as well as disability, and retaliation, which violated his rights under the Family and Medical Leave Act.

It also accuses the Utah Retirement Systems Membership Council — which provides UPD insurance — and its chairman for violating the equal protections clause of the Fourteenth Amendment.

Scruggs has asked the UPD to reverse his termination, and for the department to institute LGBTQ competency training and policies to accommodate transgender and gender-nonconforming employees. He also asks the court to permanently block the UPD or its officials from discriminating against future employees.

“If I can help somebody else go through this process and it not be so complicated for them, then that’s what I hope to accomplish,” Scruggs told the Salt Lake Tribune.

UPD spokeswoman Sgt. Melody Gray has said that the department disputes all of the allegations made in the lawsuit, but declined to comment further. She said the department will be filing a “detailed response” in court.