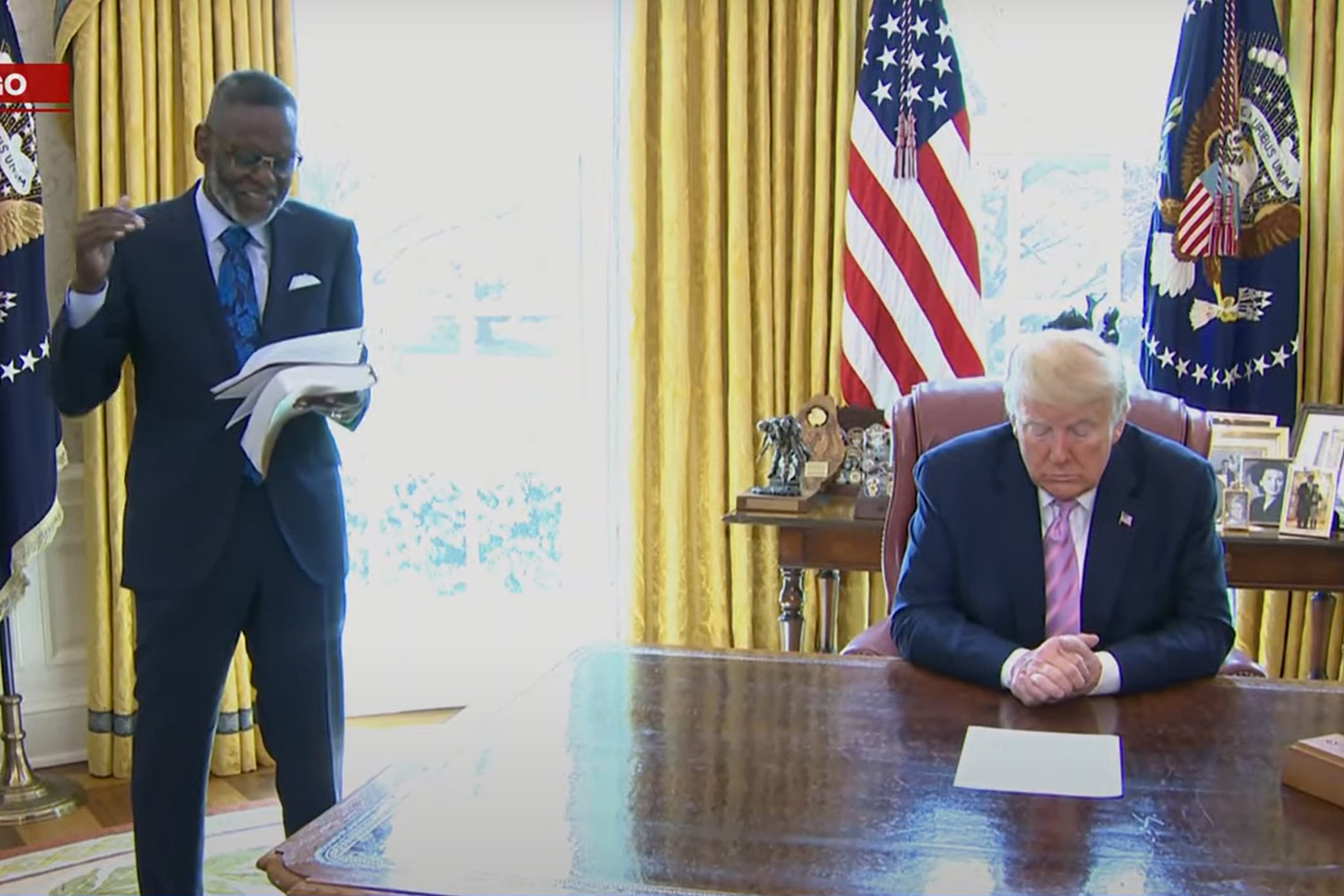 The White House’s Good Friday Easter blessing was delivered by an anti-gay pastor who has compared the marriage equality movement to Nazi Germany and said it would “destroy children.”

Bishop Harry Jackson, introduced by Donald Trump as a “highly respected gentleman,” delivered the blessing from the Oval Office alongside Trump.

He thanked Trump and Vice President Mike Pence for their efforts to “protect our nation” during the COVID-19 pandemic and praised the inclusion of church funding in last month’s stimulus bill, The Hill reports.

“You’ve included the churches in your relief efforts,” Jackson said to Trump. “Many churches would have had to close down had it not been for your insightful leadership. So thank you both.”

Jackson also prayed for the United States to “come against the spirit of division” — which could potentially be viewed as hypocritical, given his past statements on LGBTQ equality.

Per LGBTQ Nation, Jackson has a long history of anti-gay statements, including calling marriage equality a “Satanic plot to destroy our seed” and saying that the marriage equality movement was coming after Christians “just like during the times of Hitler.”

Jackson has urged Christians to “steal back the rainbow” because they “can’t let the gays have it.”

He has called for pastors to fight the “radical homosexual agenda that is trying to take over the nation,” and teach their congregants that “God didn’t make anyone that way.”

Jackson also decried marriage equality and said that “folks who cannot reproduce want to recruit your kids.” And in a column for the Christian Post, he argued that marriage equality would “destroy children,” because same-sex marriage would create “broken relationships.”

An Indonesian trans woman was burned to death. Police won’t charge anyone with murder.

Rhuaridh Marr is Metro Weekly's online editor. He can be reached at rmarr@metroweekly.com.
← Previous Story South Florida police chief suspended after claiming deputy’s death from COVID-19 was due to being gay
Next Story → Georgia police criticized after arresting nine men in Grindr sex sting