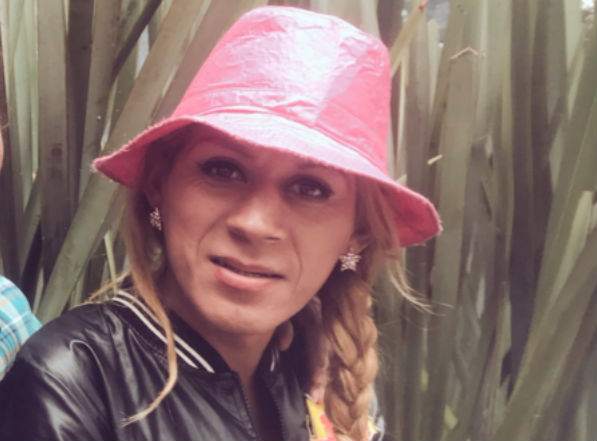 The Transgender Law Center and a group of attorneys in private practice have filed a lawsuit against several private companies that contract with Immigrations and Customs Enforcement to detain and transport undocumented immigrants and asylum seekers in ICE custody, claiming that the companies’ negligence led to the wrongful death of Honduran migrant Roxsana Hernández in 2018.

Hernández, a 33-year-old asylum seeker from Honduras, had fled to the United States after she was raped and targeted by local gangs in her home country. Upon reaching the San Ysidro port of entry in San Diego, Calif., on May 9, Hernández petitioned for asylum and was taken into the custody of Customs and Border Protection. She was held in detention for five days before being transferred to ICE custody, and subsequently transferred multiple times before eventually ending up at the Cibola County Correctional Center in Milan, N.M.

While at Cibola County Correctional Center, Hernández began demonstrating signs of dehydration, including severe diarrhea and vomiting. She was transferred to Cibola General Hospital on May 17 with symptoms of pneumonia, dehydration, and complications associated with HIV. Later that day, she was airlifted to Lovelace Medical Center in Albuquerque, where she died on May 25 of cardiac arrest.

While the official cause of Hernández’s death was complications from pneumonia and untreated HIV, LGBTQ activists have alleged that she was abused in custody — pointing to an autopsy showing she had been beaten prior to her death — and that her death was entirely preventable.

The plaintiffs, filing on behalf of Joleen Younger, the appointed representative of Hernández’s estate, allege that the private companies that contract with ICE to provide detention services failed to provide Hernández with adequate medical care, sufficient food, water, access to a restroom, and even the opportunity to sleep, even though she was visibly and symptomatically ill.

They also claim that the employees of the contractors ignored pleas from other asylum seekers who had expressed concern for Hernández’s condition. They say the employees’ actions, or lack thereof, constitute a form of discrimination based on Hernández’s HIV status, in violation of Section 504 of the Rehabilitation Act, which is supposed to ensure the right of people with disabilities — of which HIV is considered one — to access certain services.

“CoreCivic, La Salle, and Management & Training Corporation, along with the other private companies named in our lawsuit, receive federal funds in exchange for overseeing all the mechanisms that make our cruel system of immigration incarceration possible,” Andrew Free, one of the attorneys behind the lawsuit, said in a statement.

“Through our investigation into Roxsana’s death, we’ve learned that these companies violated their federal agency contracts, their own standards of care, Roxsana’s rights, as well as the standards of care in the various states Roxsana travelled through,” Free added. “It’s horrifying that nearly two years after Roxsana’s death, they’re still receiving federal funds without any accountability for the many lives that have been lost on their watch.”

The lawsuit, which seeks an unspecified amount of damages, alleges “egregious and unconscionably negligent or willful failure of several private federal government contractors to safely care for Roxsana Hernandez” while she was in ICE custody, particularly during her transport from San Diego to Cibola County Correctional Center.

“Despite Roxsana visibly exhibiting symptoms of distress associated with her serious medical condition throughout her four-state journey — including nausea, vomiting, fever, diarrhea, and severe fatigue — and the persistent entreaties by Roxsana and those with whom Roxsana travelled, these contractors charged with her custody failed or refused to render her the timely care and intervention she required,” the complaint reads.

“Had Roxsana received the proper health care screening within 12 hours of entering custody as required by ICE policy and prevailing standards of medical care, she, more likely than not, would have had a greater chance of survival.”

Last year, Transgender Law Center filed a Federal Tort Claim Act complaint against the Department of Homeland Security, Customs and Border Protection, and ICE, listing 10 potential charges — including battery, assault, negligence, deliberate indifference, and the failure to provide proper medical care — that could be brought against the agencies for failing to exercise oversight of the contractors acting on their behalf, which played a role in Hernández’s death.

Last month, TLC filed a separate class action lawsuit demanding that ICE release all transgender people in detention, arguing that the conditions in which they are being held put them at higher risk of contracting COVID-19.

In a follow-up interview, Dale Melchert, a staff attorney at Transgender Law Center, said that the lawsuit against the contractors is just the “first step” in ensuring those responsible for Hernández’s care are held accountable for her death and their “repeated failures” to provide her with necessary medical care.

“In this case, we’re alleging that each individual company that was responsible for transporting her from the border to Cibola all failed to abide by the protocols required by ICE and under the contracts they maintain with ICE, in violation of federal and state law,” Melchert said.

“ICE and CBP are supposed to provide every person they detain with a medical screening within 12 hours of being taken into custody. That didn’t happen here,” Melchert added. “Roxsana was visibly sick, and not only did ICE and CBP not provide her with a comprehensive medical screening in violation of their own policies, but each of these private contractors incredibly ill throughout their transportation of her, and did nothing.”

For instance, Melchert said, some of the contractors wouldn’t allow any of the detainees to use the restroom on the bus for hours at a time, with one allegedly telling those in custody to go to the bathroom on themselves. They also provided detainees with insufficient water and food.

“There was one leg of the journey from El Paso, Texas, to Albuquerque, New Mexico, and the contractor responsible for transport gave each person on the bus a tiny 8-ounce bottle of water that was supposed to last the entire day. And it was 97 degrees outside that day. So they were incredibly thirsty, they kept asking for water, and were told to shut up, and were not given any additional water,” Melchert said, describing the horrors to which Hernández and other migrants were subjected. “By the time Roxsana arrived at Cibola, she weighed 89 pounds, she was severely dehydrated, and had muscle wasting, among several other diagnoses by the doctors who eventually saw her.”

Melchert also noted that “cruel” circumstances surrounding Hernández’s death provide further evidence that ICE and CBP have failed to exercise meaningful oversight over their subcontractors, who then shirk their responsibility to adhere to previously agreed-upon protocols for prisoner treatment.

“The fact that people keep dying in detention and not receiving the medical care they need, shows there’s a systemic failure to ensure the safety of people in detention,” Melchert said. “And this was before COVID. Now that COVID has happened, we’re dealing with the rapid spread of this pandemic in detention centers, and people need to be released now. This is a serious issue of public health.”

John Riley is the local news reporter for Metro Weekly. He can be reached at jriley@metroweekly.com
← Previous Story Two Kansas City police officers indicted for assaulting transgender woman
Next Story → Man went on naked rampage in Harlem, stabbing boyfriend and cutting off his testicles