Members of Kahol Lavan defected on the conversion therapy vote, supporting it along with opposition parties 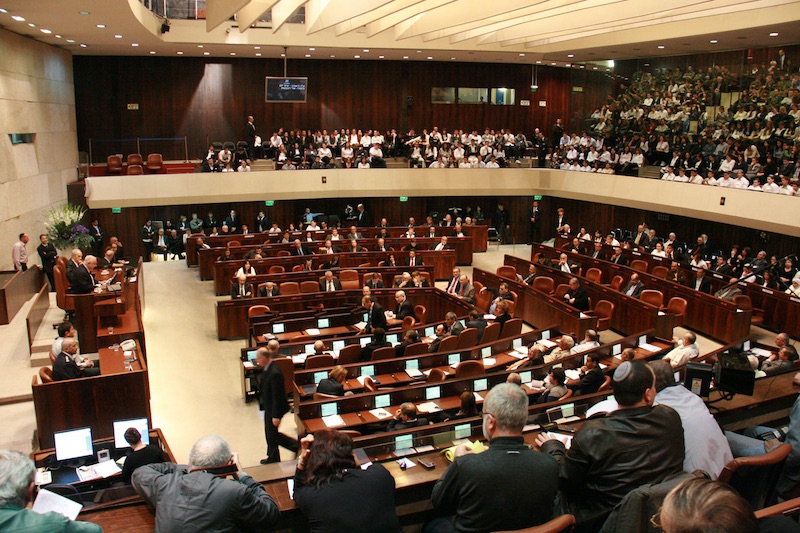 Fractures within the Israeli government’s governing coalition were exposed last week after the Knesset, the national parliament, voted to approve a bill to ban LGBTQ conversion therapy.

Currently, the Knesset is controlled by the right-wing Likud party, the centrist Kahol Lavan, or “Blue and White” party, and a smattering of members representing ultra-Orthodox or socially conservative parties. But members of Kahol Lavan defected on the conversion therapy vote, voting with members of opposition parties to allow the bill to pass 42-36.

“Conversion therapy…belongs outside the law,” Israeli Alternate Prime Minister Benny Gantz, the head of Kahol Lavan, wrote on Twitter ahead of the vote. “It’s the right thing to do.”

He also warned his party members that there could be repercussions for voting in favor of the bill, but called banning conversion therapy by licensed therapists a “top-priority moral issue,” reports the Jewish Telegraphic Agency.

The bill, which must be passed two more times before it can take effect, would revoke the license of any psychologist who uses the controversial therapy, and would levy fines and jail time for violations of the law. The proposed measure does not mention rabbis who engage in the therapy, which is practiced in segments of the Orthodox community.

Although Likud party ordered its members to vote against the bill, Public Security Minister Amir Ohana, who is gay, voted in favor of it. Several other Likud lawmakers abstained from the vote, according to the Israeli newspaper Haaretz.

The defection of Kahol Lavan members now has more right-wing segments of the governing coalition threatening to dissolve the partnership, which might trigger new elections later this fall. Right-wing parties have accused Kahol Lavan of violating the terms of the governing coalition agreement, which requires mutual agreement on all votes except those concerning West Bank annexation.

The reason the vote is problematic is that many socially conservative factions within Israel oppose banning conversion therapy on the premise that allowing LGBTQ people to live openly and freely in their identities poses a threat to the Jewish birth rate, and thus, Israel’s national identity as a Jewish state.

The ultra-Orthodox Shas party condemned the vote and announced its intent to boycott parliamentary votes until further notice. Meanwhile, United Torah Judaism, a second ultra-Orthodox party, said the law “violates the sanctity of family” and vowed to “cut all cooperation” with Kahol Lavan.

UTJ also announced that, in retribution for the vote, it would begin proposing bills dealing with religion and state that members of Kahol Lavan would find objectionable, a move guaranteed to exacerbate divisions within the coalition.

In response to Kahol Lavan’s defection, Netanyahu decided not to pass the 2020 budget, as specified in the coalition agreement reached between Likud and Kahol Lavan.

Under the terms of that agreement, the governing coalition was to pass a two-year budget, and Gantz was to assume power as prime minister in November 2021. But if a budget is not passed by Aug. 25 of this year, the Knesset will be dissolved and new elections will be called.

The ACLU’s Chase Strangio on the new documentary “The Fight”

John Riley is the local news reporter for Metro Weekly. He can be reached at jriley@metroweekly.com
← Previous Story Sudan eliminates death penalty and flogging for same-sex relations
Next Story → Right-wing Catholic archbishop accuses Pope of heresy for allegedly promoting homosexuality