A Virginia theater offers a test drive of a new way to present a play. 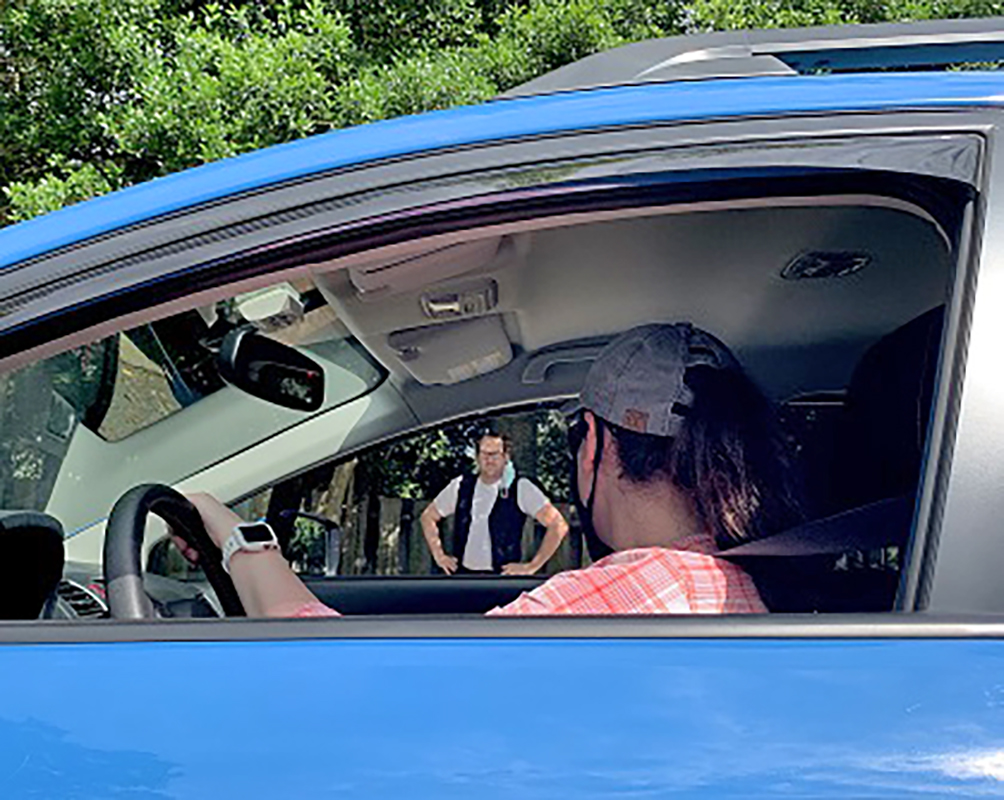 Danielle Van Hook has been less than satisfied with Zoom. “I just kept having this feeling like there had to be something else,” says the program director at Virginia’s Alden Theatre. “There had to be some other way that we can make theater during the time of a pandemic that didn’t involve Zoom or videoconferencing, or a screen in general.”

Van Hook found a kindred spirit in playwright Andrew Scott Zimmer. “It’s such a defining aspect of theater: the immediacy of it,” Zimmer says. “It’s just the energy of people existing…near you, telling a story. That was what I was missing, from all of these other [Zoom] plays. And that’s what I’m really excited to give to people who feel like they’re missing that as well.”

Zimmer’s play, Small Change, debuts this weekend as part of the Alden’s new “Drive-Thru Drama” program. Van Hook was inspired by the old European tradition of actors on pageant wagons traveling from town to town, audience to audience. What if, she thought, they flipped the concept so that “the audience drives from actor to actor, and the actors stay put and are able to stay socially distant?” Zimmer then constructed a play on that premise. “If we can’t do the traditional actors talking to each other in close quarters,” he thought, “what if we put 10 different people around the parking lot in different spots, all telling the same story? I just needed something to link those 10 stories to give it a through-line.”

Ultimately, he settled on the journey of a dollar bill. “So you’re following the life of a dollar bill essentially around the parking lot, in and out of people’s lives. And you’re getting 10 different perspectives on what that dollar bill does to them.” 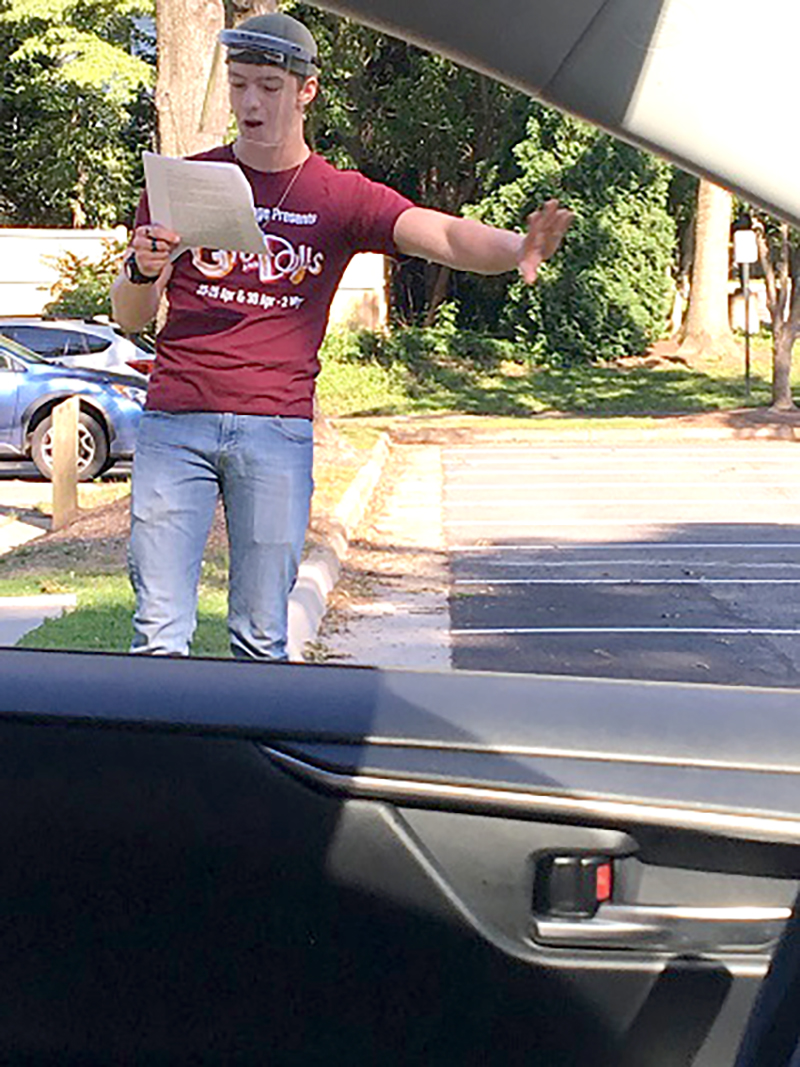 Zimmer and Van Hook have been intent in following proper distancing and safety guidelines from the get-go, with the result an all-virtual approach to casting, developing, and general planning — using Instagram for auditions and Zoom for callbacks, individual rehearsals, and initial staging and design. Only over the past week or so have things progressed to the parking lot of the McLean Community Center, where theatergoers will drive from actor to actor on a set route, at set intervals.

Intended for a general, all-ages audience — and not developed as a youth-oriented production — Small Change should register as more intimate and personal than the typical staged work. On any given night, upwards of 100 theatergoers could see the work — yet at all times, three’s a crowd, so to speak. “You rarely, if ever, go and see a show where you’re one of three people in the audience, where it’s like they are doing it just for you,” Van Hook says.

Both Zimmer and Van Hook hope to get the chance to expand on the drive-thru concept they’ve created with Small Change — which Zimmer acknowledges is a short one-act. “We’re seeing whether people can experience theater in this way,” he says, “just in their car, where their window becomes essentially the proscenium.

“I thought this would be simple enough to write and stage, [so] that we could really see if this idea has legs — or wheels, if you will.”