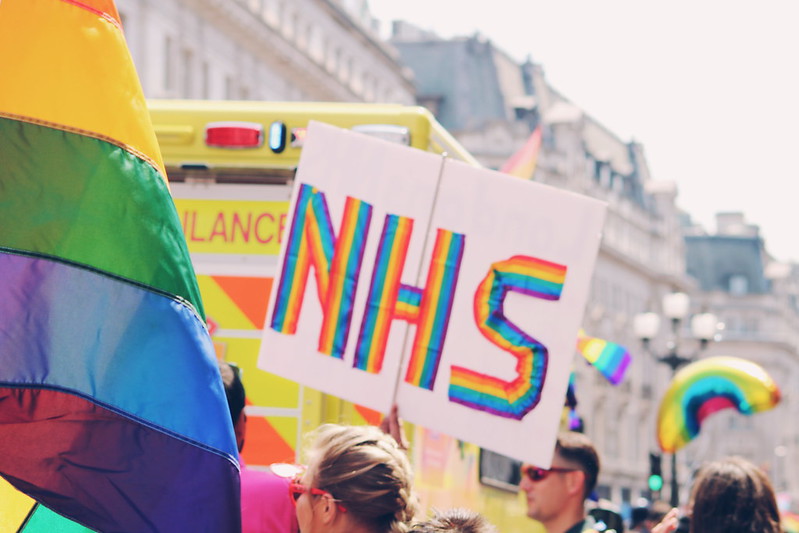 The National Health Service in England has been slammed for a report that seemingly includes gay and transgender people in a section dealing with disabilities and long-term health conditions.

The NHS People Plan, published last month, was intended to provide a blueprint for the country’s health service to improve working conditions and staff shortages, the Independent reports.

But it was heavily criticized for including the difficulties facing LGBTQ NHS staff in a section dealing with disabled members of staff and those facing long-term health conditions.

“The workforce disability equality standard has begun to shine a light on the difficulties that colleagues with disabilities and long-term health conditions face,” the report reads, referencing NHS England’s metrics for quantifying how it treats disabled staff members.

“But there remain challenges,” it continued. “For example, we know that the majority of staff who identify as LGBTQ+ do not feel confident enough to report their sexuality on their employment record.”

LGBTQ NHS employees were not referenced elsewhere in the document, leading to criticism from senior NHS employees and frontline medical workers.

Steve Russell, Chief Executive of the Harrogate and District NHS Foundation Trust, tweeted: “Absolutely support the focus on inclusion, and marginalised groups, but *surprised* is the politest word I can find to explain the [report] suggesting (even accidentally) that being LGBT+ is a disability or [long-term condition].”

Russell, who is gay, added: “Despite the support of my parents I found it hard coming out in 1998…. 22 years later seeing this reminds me why, and sadly one might have thought things would have moved on.”

Absolutely support the focus on inclusion, and marginalised groups, but *surprised* is the politest word I can find to explain the #NHSpeopleplan suggesting (even accidentally) that being LGBT+ is a disability or LTC @NHSEngland @HSJnews @Prerana_Issar @stonewalluk #OurNHSPeople? pic.twitter.com/fkSnRfAMR3

Dame Jackie Daniel, CEO of The Newcastle Upon Tyne Hospitals, tweeted that she “had to do a ‘double take,'” when she saw the report.

“Not acceptable,” she wrote, “the NHS LGBT+ staff need to be involved in next iteration.”

NHS England blamed the inclusion on a “drafting error,” and later edited the report to further distinguish the LGBTQ portion from the section on disabilities and long-term health conditions.

“Unfortunately there was a drafting error which has now been corrected and I regret any upset or misunderstanding,” said Prerana Issar, NHS England’s chief people officer.

Rhuaridh Marr is Metro Weekly's online editor. He can be reached at rmarr@metroweekly.com.
← Previous Story Gay Arab couple attacked and spat on as large crowd watches
Next Story → Father jailed for beating son after finding Grindr on his phone