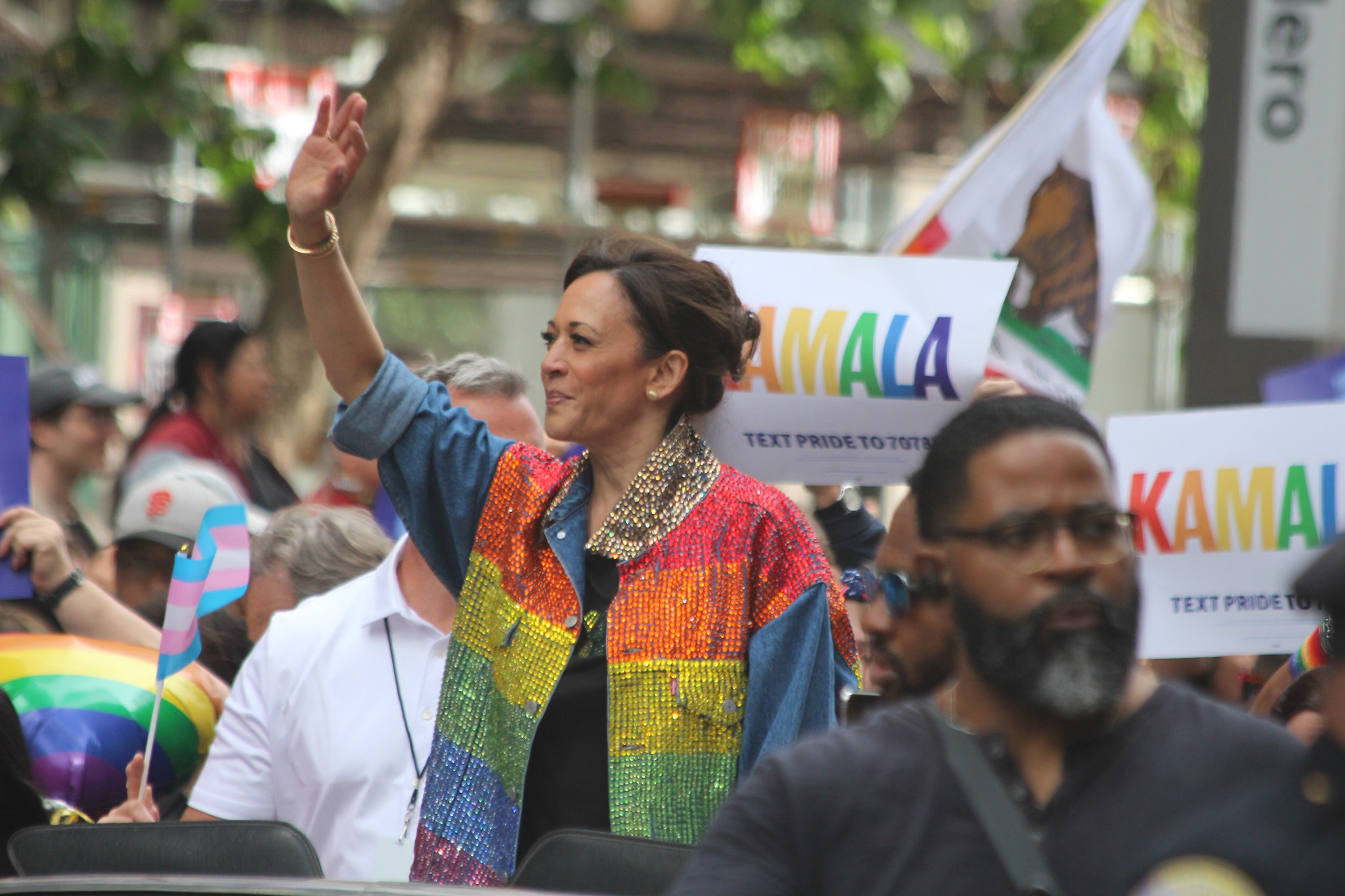 Joe Biden has picked Sen. Kamala Harris (D-CA) to be his running mate and potential vice president, his campaign has announced.

Harris, a strong supporter of LGBTQ rights, will become the nation’s first female, Black and Indian American vice president if she and Biden are successful in November’s election against Donald Trump.

“You make a lot of important decisions as president. But the first one is who you select to be your Vice President,” Biden wrote in an email to supporters. “I’ve decided that Kamala Harris is the best person to help me take this fight to Donald Trump and Mike Pence and then to lead this nation starting in January 2021.”

In a follow-up tweet, Biden called Harris a “fearless fighter for the little guy, and one of the country’s finest public servants.”

“Back when Kamala was Attorney General, she worked closely with Beau,” Biden said, referencing his son. “I watched as they took on the big banks, lifted up working people, and protected women and kids from abuse. I was proud then, and I’m proud now to have her as my partner in this campaign.”

While Harris, 55, and Biden, 77, clashed during the presidential campaign — an exchange over busing led to Harris to briefly become the Democratic frontrunner, before bowing out of the race at the end of last year — the California senator has become a vocal supporter of the former Vice President, often drawing strong contrasts between a potential Biden presidency and the current Trump administration.

Her selection as vice president finally ends months of speculation over whether Harris would receive the nod from Biden, despite widespread support and most pundits agreeing that Harris would be the likely pick.

It also cements the Biden-Harris ticket as one of the most pro-LGBTQ campaigns in recent memory, and possibly ever.

Harris, elected to the U.S. Senate in 2016, has a long history of supporting and defending LGBTQ rights, including perhaps most notably during her tenure as California’s attorney general, where she refused to defend the state’s ban on same-sex marriage, Proposition 8, ultimately setting the stage for marriage equality to be legalized nationwide in 2015.

A longtime supporter of marriage equality, Harris not only refused to defend Proposition 8 as attorney general, but also spoke out against it prior to its passage in 2008. 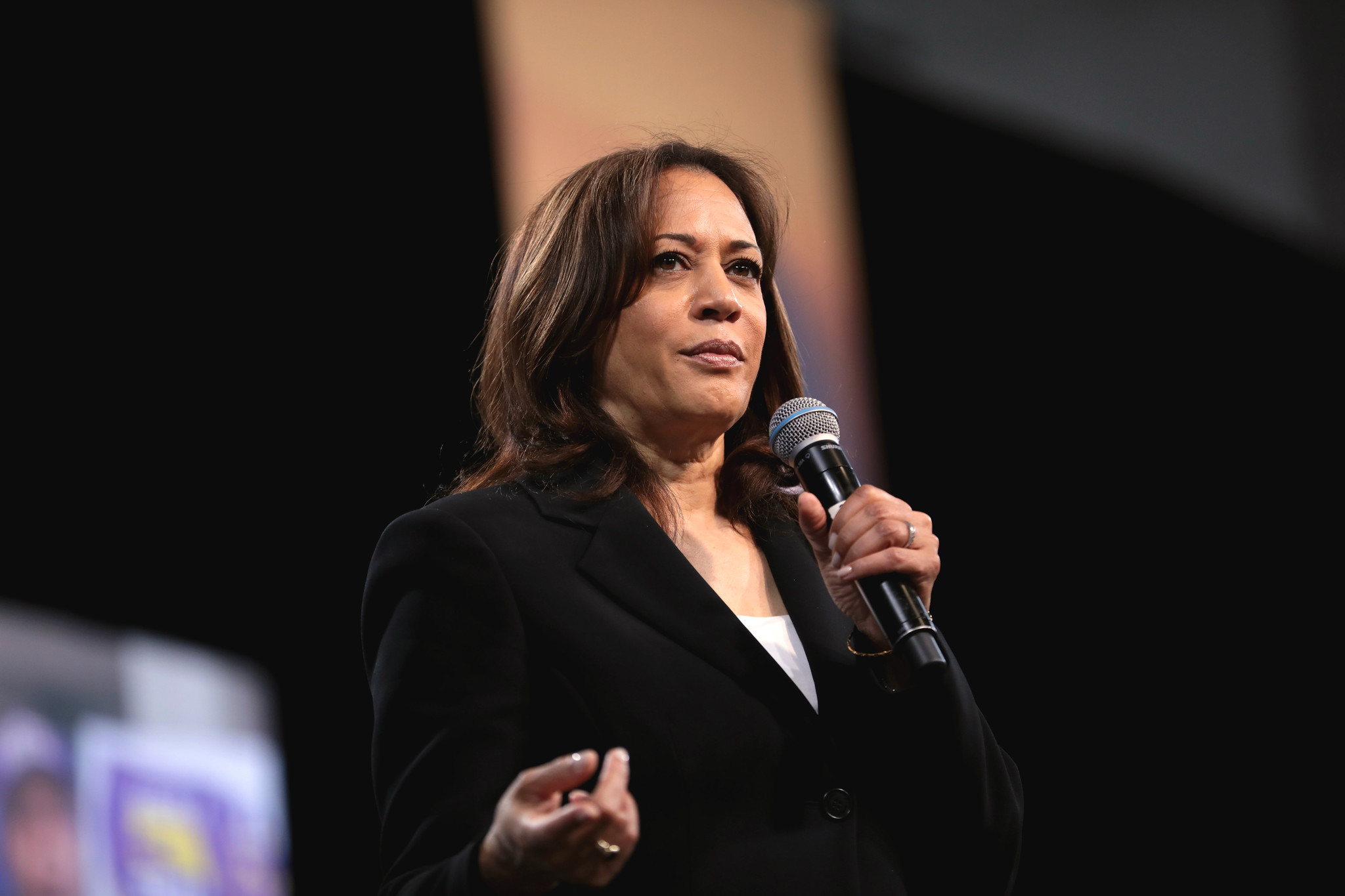 When Harris was first elected as the District Attorney for San Francisco County, she installed an LGBTQ hate crimes unit to work with victims and to prosecute those who commit bias-motivated crimes based on sexual orientation or gender identity.

Harris also used her tenure as attorney general to urge the state legislature to outlaw the use of gay or trans “panic” defenses, which allowed defendants to justify violent crimes against members of the LGBTQ community due to discomfort with their sexual orientation or gender identity.

During her tenure in the Senate, Harris has used her position on the Senate Judiciary Committee to hold to account President Donald Trump’s nominees to the federal bench, one-third of whom held blatantly anti-LGBTQ records, including during Supreme Court Justice Brett Kavanaugh’s confirmation hearing, where Harris repeatedly asked Kavanaugh whether he believed that the court’s 2015 marriage equality decision was rightly decided.

She also introduced legislation to ensure LGBTQ Americans were properly counted in the census, introduced the Do No Harm Act in 2018 to prevent religious beliefs from being used to justify discrimination against the LGBTQ community, and was one of 19 senators who spoke out against the Trump administration removing LGBTQ health information from federal websites.

Harris also supports the passage of the Equality Act to extend federal nondiscrimination protections to LGBTQ people, and supports allowing transgender Americans to use public facilities that match their gender identity.

During her campaign for president, Harris touted LGBTQ rights and equality, both in her campaign pledges and while out on the campaign trail, including reversing the Trump administration’s attacks on LGBTQ Americans, such as banning transgender people from open military service and attempting to prevent trans people from accessing emergency shelters that match their gender identity.

Read more: Kamala Harris: Where does she stand on LGBTQ rights?

Equality California, the nation’s largest statewide LGBTQ civil rights organization, said Harris has “exemplified what it means to be an ally to the LGBTQ community.”

“Senator Kamala Harris is an exceptional choice to serve as the next vice president of the United States, and Equality California is proud to stand with her and Vice President Biden in their historic campaign to take back the White House and restore the soul of America,” Executive Director Rick Chavez Zbur said in a statement.

“Throughout her career, Senator Harris has demonstrated an unwavering commitment to civil rights and social justice for all LGBTQ+ people,” Zbur said. “As vice president, we are confident she will continue Vice President Biden’s tradition of using the office to champion and advance full, lived LGBTQ+ equality — and equality for the diverse communities to which LGBTQ+ people belong.”

Zbur noted that Equality California has had “the privilege of working alongside [Harris] in her fight for civil rights and social justice” since she was first elected to public office more than two decades ago” and said “Senator Harris has exemplified what it means to be an ally to the LGBTQ+ community.”

“The LGBTQ+ community knows that representation is power,” Zbur continued. “We strongly believe that when America’s leaders look like the diverse communities they serve, everyone benefits. We applaud Vice President Biden for choosing a Black, Indian American woman to serve as his running mate and the next vice president of the United States, and we look forward to helping her make history this November.”

The Human Rights Campaign, the nation’s largest LGBTQ rights organization, tweeted: “This fall, we have the opportunity to vote for the most historic, pro-equality ticket in history. We’re proud to support @KamalaHarris and elect her as our next vice president.”

HRC President Alphonso David called the Biden-Harris campaign a “historic, trailblazing unity ticket we can all get behind,” and said HRC is “is ready to help send this incredible team to the White House. Let’s go!”

GLAAD President and CEO Sarah Kate Ellis called Harris a “proven fighter for equality, safety and justice for all” in a tweet, adding, “we know she will continue making LGBTQ acceptance a priority in her history-making run alongside [Joe Biden].”

“Sen. Harris’ record stands in stark contrast to that of Mike Pence and the Trump Administration, which has relentlessly targeted LGBTQ people — 168 attacks in policy and rhetoric since taking office, according to GLAAD’s research — and the number goes up every week.”

Rea Carey, Executive Director of the National LGBTQ Task Force Action Fund, said that Harris’ selection as Biden’s running mate meant that “millions of people across the country will finally see themselves reflected in this historic choice.”

“If elected, it will be the first time a woman and a woman of color would have held federal executive office in the United States of America which will forever shift what our nation’s leaders will look like in history,” Carey said in a statement.

Carey added that the Trump administration’s attacks on voting rights, immigration, and civil rights, among other things, show that the “administration will stop at nothing to weaken democracy and call into question the election outcome.”

“This is not a partisan issue, this is not a Republican versus Democrat issue, this is an American issue,” Carey concluded. “The most important thing for each and every one of us to do is to vote. Vote your heart and your head for those candidates who you feel will best serve you, the LGBTQ community, and the country.”

“As a Black, queer woman and leader in the LGBTQ movement, I know far too well how women of color are often asked to fix all that’s wrong with our systems in a short period time as if it didn’t take centuries for the system to become as corrupt as it is,” Kierra Johnson, National LGBTQ Task Force Deputy Director, said in a statement.

Johnson urged “the media and others to be attuned to the racism and sexism targeting candidates, including Senator Harris,” and said there was “no doubt that Sen. Harris would be a Vice President who would go to sleep every night working to ensure the civil rights of all of us are protected all of the time.”

Biden has established his campaign for president as a counterpoint to Trump’s administration with regards LGBTQ rights, pledging to enact pro-LGBTQ legislation and undo Trump’s attacks on LGBTQ people.

Earlier this summer, the Biden campaign launched the “Out for Biden” initiative, which will target LGBTQ people and seek to drive them to the polls in November.

“Our campaign’s decision to launch Out for Biden in the shadow of historic protest elevates the power of the moment and encourages deep — and sometimes difficult — dialogue within our LGBTQ+ community as Pride month begins,” Reggie Greer, the Biden campaign’s LGBTQ Vote Director, said in a statement in June.

“LGBTQ+ people of color are central to the fabric of our communities. We must elect a government that will center their voices and celebrate the contributions of LGBTQ+ people everywhere.”

Biden campaign targets LGBTQ voters with ‘Out for Biden’ initiative

Rhuaridh Marr is Metro Weekly's online editor. He can be reached at rmarr@metroweekly.com.
← Previous Story Washington State ‘Trump Republican’ accused of harassment for pulling down church’s Pride flag
Next Story → Mormon therapist apologizes for homophobic past after ‘painful’ education from gay sons