Trump appointee who called US a ‘homo-empire’ departs USAID

A Trump appointee with a history of anti-LGBTQ comments has left her position with the U.S. Agency for International Development, after members of Congress demanded her resignation due to her public remarks.

According to NBC News, Merritt Corrigan, the deputy White House liaison at USAID, was fired on Monday following months of attacks from LGBTQ advocates and congressional Democrats who found some of her past tweets and public statements offensive and contrary to USAID’s mission.

She also claimed that she is a victim of anti-Christian discrimination who has been unfairly targeted for holding conservative beliefs.

It remains unclear whether Corrigan’s termination was specifically because of her tweets, or whether the tweets were issued in response to the loss of her position, which could have been due to other factors.

In 2019, Corrigan, a former employee of the Republican National Committee, took a new job as a political liaison at the Hungarian embassy in Washington, D.C. After news of her employment broke, Politico staffers Daniel Lippman and Lili Bayer reported on Corrigan’s past tweets, noting that she had routinely praised Hungary’s authoritarian Prime Minister Viktor Orbán, a vocal opponent of LGBTQ equality, for his conservative views, calling him the “shining champion of Western civilization.”

On her Twitter profile, which was made private shortly after Corrigan’s comments came to light, Corrigan had said that “Liberal democracy is little more than a front for the war being waged against us by those who fundamentally despise not only our way of life, but life itself.”

In another tweet, she criticized the LGBTQ rights movement for allegedly bullying opponents into submission, writing: “our homo-empire couldn’t tolerate even one commercial enterprise not in full submission to the tyrannical LGBT agenda.”

She later canceled a planned meeting with a Politico reporter and refused to respond to press inquiries about her comments. Shortly after her appointment to USAID a few months ago, her previous tweets — which had since been made private — were once again trumpeted in the media, prompting a coalition of congressional members to write a letter to John Barsa, the acting administrator of USAID, to demand Corrigan’s resignation.

In the letter, the members said that Corrigan’s comments on LGBTQ people and those who support them, as well as additional comments she made on women in leadership, gender roles, and immigration were “in direct opposition to the work USAID supports.” They also said Corrigan “has no place in a federal agency” and expressed concerns about USAID’s commitment to fostering a work environment free from discrimination or harassment. 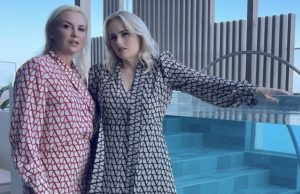 “The statements made by Ms. Corrigan create a hostile work environment and are antithetical to the principles the agency, and indeed America, espouses. To date, there has been no public retraction of these comments from Ms. Corrigan, or demand by USAID, or the White House that she retract them, but rather a statement defending Ms. Corrigan as ‘committed to enacting the policies of President Donald J. Trump,'” the letter read. “For the sake of USAID’s employees, the beneficiaries it supports around the world, and the core values of the agency, we urge you to immediately condemn this speech, and demand Ms. Corrigan’s resignation.”

But on Monday, Corrigan appeared unapologetic, promising to hold a press conference on Thursday to “discuss the rampant anti-Christian sentiment at USAID” with Jacob Wohl and Jack Burkman, political operatives who have, in the past, made scandalous, but unproven, claims about opponents of the Trump administration, accusing former Special Counsel Robert Mueller of sexual misconduct, claiming that Kamala Harris is not a natural-born U.S. citizen, and that Pete Buttigieg had sexually assaulted a Michigan college student, among others.

In a Twitter thread, Corrigan claimed she “watched with horror this week as USAID distributed taxpayer funded documents claiming ‘we cannot tell someone’s sex or gender by looking at them’ and that not calling oneself ‘cis-gendered’ (sic) is a microagression.” She added: “I’m not cis-anything. I’m a woman.”

See also: Anti-trans activists to represent United States at U.N. Commission on the Status of Women

She accused several Democratic politicians, including House Foreign Affairs Chairman Eliot Engel, New Jersey Senators Bob Menendez and Cory Booker, and Virginia Sen. Tim Kaine of pushing for her ouster and slandering her. She also challenged Engel to a debate and called Daniel Lippman, the Politico reporter who first reported on her more controversial tweets, a “stalker.”

“For too long, I’ve remained silent as the media has attacked me for my Christian beliefs, which are shared by the majority of Americans,” she tweeted. “Let me clear: Gay marriage isn’t marriage. Men aren’t women. US-funded Tunisian LGBT soap operas aren’t America First.”

“The United States is losing ground in the battle to garner influence through humanitarian aid because we now refuse to help countries who don’t celebrate sexual deviancy,” Corrigan added, referring to LGBTQ rights and efforts to encourage other countries to repeal laws criminalizing homosexuality. “Meanwhile, Russia and China are happy to step in and eat our lunch.”

Meanwhile, Russia and China are happy to step in and eat our lunch

USAID released a statement to NBC News confirming that Corrigan is no longer employed at the agency.

“USAID takes any claim of discrimination seriously, and we will investigate any complaints of anti-Christian bias Ms. Corrigan has raised during her tenure at the Agency,” Pooja Jhunjhunwala, acting USAID spokesperson, said in a statement. “USAID does not comment on the specific basis on which employees leave the Agency. All political appointees serve at the pleasure of the Administrator.”

The Human Rights Campaign celebrated Corrigan’s departure, but noted that the Trump administration has many appointees who have expressed identical sentiments in positions throughout government.

“Sadly, Merritt Corrigan is not unique in the Trump Administration. She is the exact type of anti-LGBTQ zealot that Trump recruits and places in positions of power,” HRC Government Affairs Director David Stacy said in a statement.

“Corrigan’s biased and harmful beliefs are not shared by the vast majority of Americans. Corrigan is a symptom of a larger problem. It’s time to hold the Trump-Pence administration accountable at the ballot box and elect a leader this November who supports the fundamental humanity of LGBTQ people and appoints people who share that basic decency.”

Man approached woman at the Canal Street station and, unprovoked, punched her in her face. 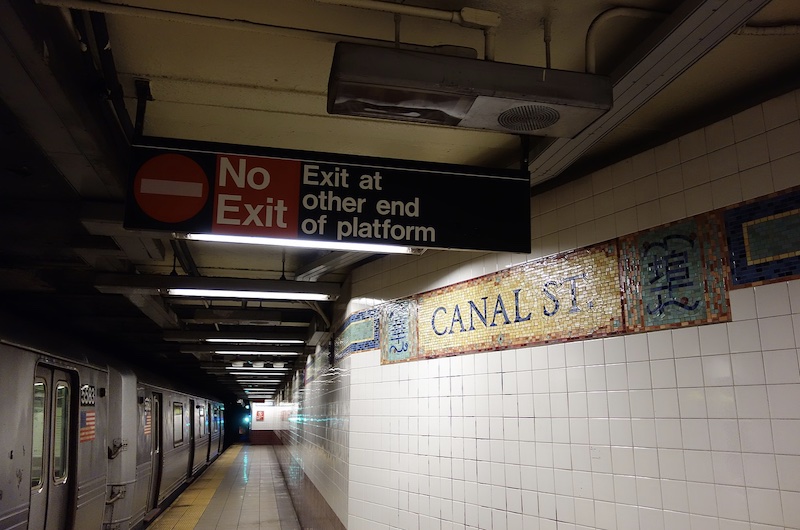 The New York Police Department's Hate Crimes Task Force is investigating an incident in which a man violently assaulted and threatened to stab a woman inside a Manhattan subway station.

Police say the attack occurred around 7:45 a.m. on Saturday at the Canal Street N/Q/R/W subway station in Chinatown. The victim, a 24-year-old woman was outside of the turnstile at the station when she was accosted by a man in his 50s.

The attacker yelled "You don't belong here!" and "You d***s need to get out of here!" at the woman, lobbing an anti-lesbian slur at her, according to radio news station 92.3 FM.