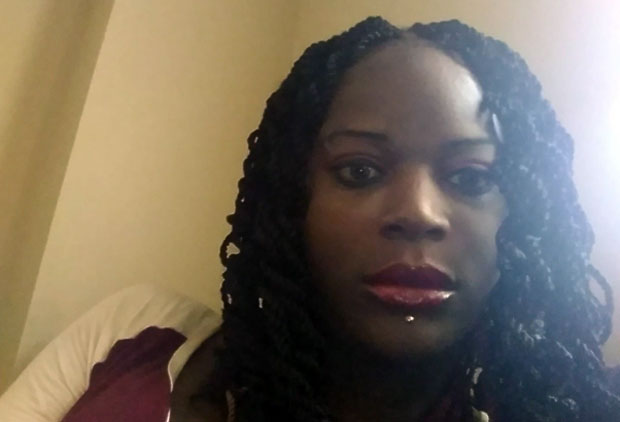 A Black transgender woman was shot to death in Independence, Missouri, just two days before her 38th birthday.

The body of Aerrion Burnett was found on Sept. 17, with police saying that circumstances surrounding her death are unclear. However, they are investigating her death as a hate crime.

Burnett, who was from Kansas City, is at least the 27th transgender or gender non-conforming person to be killed so far this year, according to the Human Rights Campaign.

At a vigil held on Sept. 20 to remember Burnett’s life, friends and family released balloons and shared memories of her. Korea Kelly, a friend of Burnett, said that she was “a Barbie, she was a goddess. Can you hear me? Fun.”

“When I say goddess, she was everything,” Kelly, who is also a Black trans woman, said. “If you wanted to have a good day, you need to smile, Aerrion was the person you wanted by your side.”

Pearson, a trans woman, was shot to death by Kenyan Jones, who claimed he wasn’t aware of her gender identity. He was sentenced to 30 years in prison in 2012.

“As a friend, and both of those are my friends who both got killed the same way, and being a Black trans woman myself, that hurts like hell,” Kelly told KITV.

A cousin of Burnett’s urged for justice, saying, “Enough is enough. Stop taking our lives. Lives matter. You can’t get them back, and it hurts so many people.”

Burnett’s death has also reportedly shaken the local transgender community, becoming one of “several black trans women killed in the [Kansas City] metro [area]” since the start of 2019, according to KCTV News.

The Kansas City Crime Commission is appealing for anyone with information on Burnett’s death to contact their TIPS Hotline at 816-474-TIPS, or email the Independence Police Department at leads@indepmo.org.

“Black transgender women are being killed at horrifying rates in this country,” Tori Cooper, HRC Director of Community Engagement for the Transgender Justice Initiative, said in a statement. “HRC has already seen as many violent deaths of trans and gender non-conforming people this year as we tracked all of last year.

“This level of violence is staggering, and it cannot continue. We need everyone — from community organizers to those in the highest levels of our government — to take action to end this epidemic of violence,” Cooper continued. “I and everyone in the trans community are mourning Aerrion’s death. As we remember her, we continue to call for justice for all trans and gender non-conforming people.”

“I am thankful to know the power of the love that Black trans people, Black trans women, in particular possess,” Johns said. “Black trans women are powerful beyond measure and have the capacity to hold space for and to ensure that those they love feel affirmed and safe.

“It’s for these reasons that I find the continued news of Black trans women, and Black femme identified members of our community, being murdered at an extreme rate to be beyond comprehension and deserving of our collective effort to bring about a dramatic and immediate end to this unique form of Black pain,” he continued. “Black trans people, Black trans women in particular deserve our protection—they deserve to live without fear of being discriminated against or murdered. Until this is their reality, ensuring that they are safe is on all of us.”