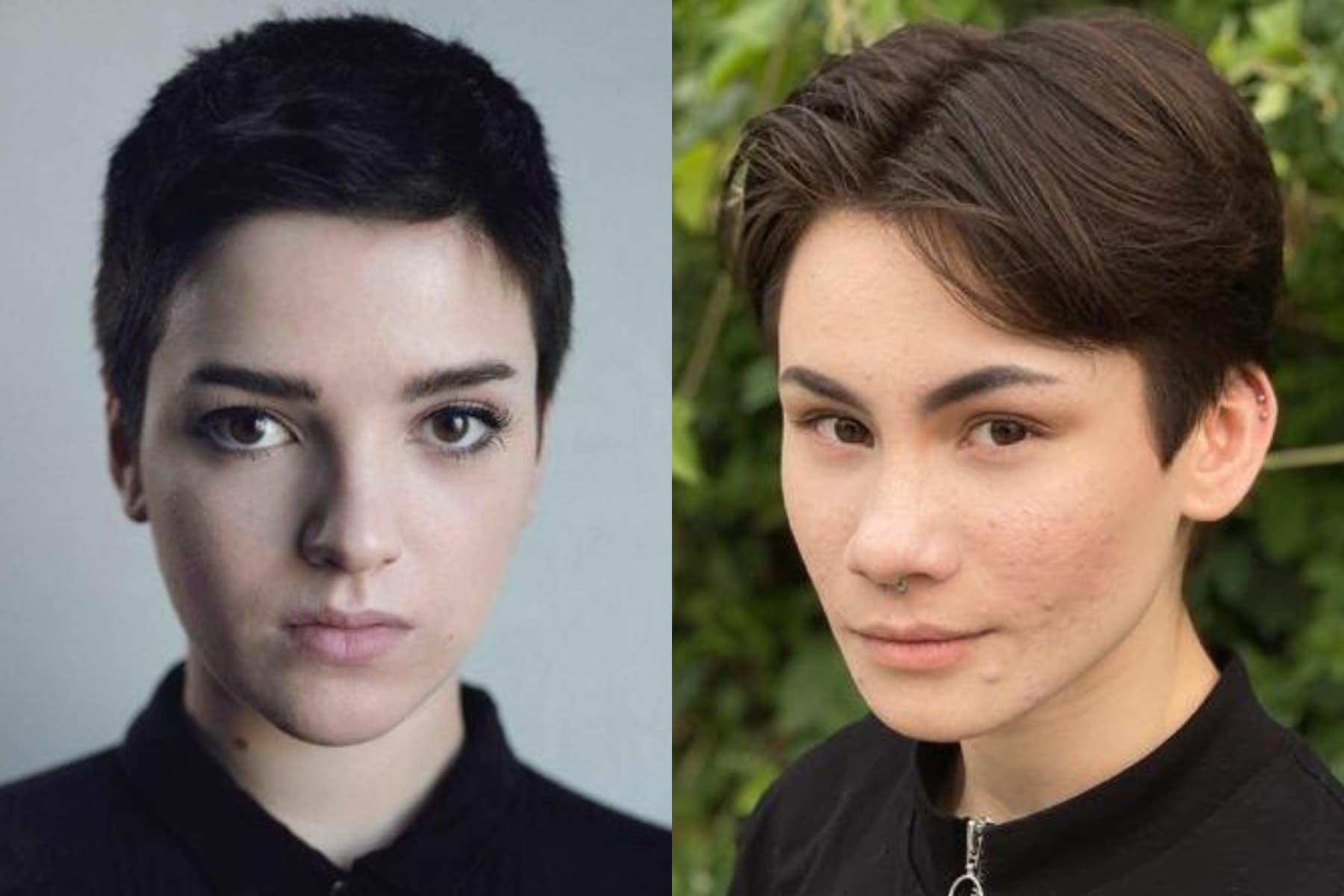 Star Trek: Discovery will soon boldly go where no other Trek has gone before by introducing transgender and non-binary characters in its third season, a first for the long-running sci-fi franchise.

Entertainment Tonight reports that the critically-acclaimed CBS All Access series will introduce non-binary actor Blu del Barrio as Adira, and The OA actor Ian Alexander, who is trans, as Gray.

Adira is described as a “highly intelligent” character “with a confidence and self-assurance well beyond their years,” who joins the Discovery crew after befriending Lt. Commander Paul Stamets (Anthony Rapp) and Dr. Hugh Culber (Wilson Cruz) — themselves notable for being the first openly gay characters in a Trek television series.

Trans character Gray is described as “empathetic” and “warm,” and dreams of being a Trill host. In Star Trek, the Trill are a species who can form symbiotic relationships with another organism, with their personalities becoming a synthesis of the two beings — including the memories, and to some extent the personalities, of the previous hosts of the symbiont. Per ET, Gray’s hopes of becoming a host force him to “have to adapt when his life takes an unexpected turn.”

“Star Trek has always made a mission of giving visibility to underrepresented communities because it believes in showing people that a future without division on the basis of race, gender, gender identity or sexual orientation is entirely within our reach,” Michelle Paradise, co-showrunner of Discovery, told ET.

“We take pride in working closely with Blu del Barrio, Ian Alexander and Nick Adams at GLAAD to create the extraordinary characters of Adira and Gray, and bring their stories to life with empathy, understanding, empowerment and joy,” Paradise added.

“Mainly because of this duality they have within them: they’re astonishingly intelligent and yet they’re still a kid,” Barrio said. “They experience their emotions at a heightened level, like most teenagers. That’s what makes them so fun to play.

“I like to describe them as cerebrally brilliant and emotionally a puppy,” they continued. “Adira is an introvert, but they keep a few people close to the chest, which I definitely resonate with. I don’t want to say too much and get in trouble, but all in all, Adira is a uniquely strange and beautiful character.”

Asked about Ian Alexander, Barrio said they “cannot speak highly enough of Ian. I absolutely love him, and it was so fun working alongside him.”

“Having him join the show with me was a godsend,” they continued, adding, “I was so thankful to have his support whenever I was freaking out. He’s a talented, hardworking actor, and an all-around magnificent human being, so it was a joy having him as a partner.”

Barrio said that the cast and crew of Discovery, which also includes out lesbian actor, writer, and stand-up comic Tig Notaro, “wholeheartedly accepted and validated me” when they started filming and came out as non-binary.

“They welcomed me in with open arms. When I looked like I needed help, someone would go out of their way to help me. If someone had a question about my identity, they asked it thoughtfully and kindly,” they said.

Wilson Cruz tweeted his support of the new additions to the cast, writing: “I couldn’t be more excited for or PROUD of these TWO new loves of my life if I tried. We are family! … Love you so much!”

I couldn’t be more excited for or PROUD of these TWO new loves of my life if I tried. We are family! #lgbtq #representationmatters 🥰❤️🏳️‍🌈🖖🏽 Love you so much! https://t.co/JpXhhAtxcI

Star Trek: Discovery is available to stream on CBS All Access in the U.S., and on Netflix globally. The 13-episode third season debuts Thursday, Oct. 15.

‘Love, Simon’ author Becky Albertalli comes out as bisexual after criticism over books

Rhuaridh Marr is Metro Weekly's online editor. He can be reached at rmarr@metroweekly.com.
← Previous Story Two military cadets will be allowed to sue the Pentagon over its ban on HIV-positive service members
Next Story → Christian principal expels gay student, says ‘Jesus would want me to’