By Doug Rule on September 4, 2020 @ruleonwriting 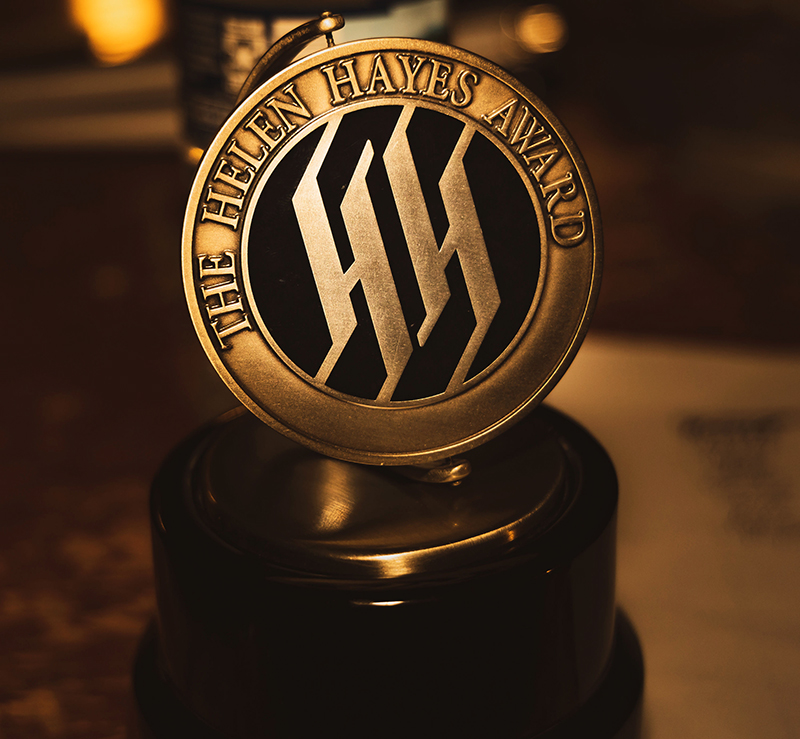 “I’ve been on so many Zoom calls with people from the community, and it’s been such a joy to see all these wonderful theatermakers,” says theatreWashington’s Amy Austin. “It’s a tremendous reminder of how fortunate we are to have people who work in this field and work at it so passionately, to tell stories that we can all grow and learn from.”

Every year, the organization Austin leads shines a spotlight on the local theater community through its presentation of the Helen Hayes Awards. With last spring’s traditional spring evening gala at the Anthem postponed, the 36th annual event was reconceived as a multi-night virtual affair. “There are real reasons to celebrate and honor and recognize this incredible group,” Austin says. “So the decision was to move forward and to lean into the virtual space and not try to recreate what we used to have.”

Over the next week, performers and designers are the focus of a series of broadcasts honoring their work in 2019 as nominated by a group of 40 judges. The awards will culminate in a large virtual ceremony, set for Friday, Sept. 25, and are expected to draw 2,000 virtual participants. In addition to showcasing the local theater community, the ceremony will also present awards to the theaters and theater troupes nominated in the various outstanding production and ensemble categories, before ending with a virtual dance party.

Beyond the changes necessitated by the pandemic, the 2020 awards further distinguish themselves as the first to recognize local acting professionals in a gender-inclusive way. “That’s a really important change that was too long in coming,” says Austin. “We eliminated the language of Outstanding Actor and Actress in order to say Outstanding Performer…. We’re still nominating the same number of people and giving out two awards [per category], so that the numbers of people who are recognized as recipients will remain the same.

“The thing that people may not understand about the change,” she continues, “is that what we were doing before was forcing [trans and non-binary] people to misgender themselves in order to be eligible for a Helen Hayes Award.” In a report issued last month announcing the change, theatreWashington’s advisory Ajudication Committee wrote, “The traditional practice of separating nominees into male and female categories alienates and erases nonbinary artists, and forces them to conform to a system in which they do not see themselves represented.

The work will be complemented by additional efforts inspired by this summer’s sustained activism for racial justice and calls for a more equitable society and community.

“It’s a very difficult time in so many ways,” Austin says. “Not only the inability to gather, which means the inability to do live performance and theater, but also working towards an anti-racist community, and all of the promise of when we come back, having it be a better place to come back to. theatreWashington is really actively trying to work on both of those things — the community come together to talk about the best practices in terms of making sure that organizations make it to next year, as well as learning how to listen and support each other in this critical time when Black Lives Matter, [and when] there’s time and energy to think and to learn about how we can make better choices.”

The series of virtual events leading up to the Sept. 25 ceremony was partly designed to draw renewed attention to the many theater artists still struggling with no work or income, and no clear sign of when that situation will change — all as bills mount and new concerns develop. Through the Taking Care Fund, theatreWashington has offered artists in need $500 in micro-grants as well as up to $5,000 in emergency medical support. To date, over 900 people have contributed to the fund, with most donations under $100, “so it’s really been a community effort,” Austin says.

“We know we will return,” she says. “In the meantime, we need attention and support for artists so that they are still here to return to. I just want to remind people of how necessary performance and theater and art is, [and] actively supporting that while we’re in this time when the work is suppressed.”

The 2020 Helen Hayes Awards are being presented in a series of individual award events held on Zoom and posted to YouTube — with upcoming dates Friday, Sept. 4, Tuesday, Sept. 8, Wednesday, Sept. 9, and Friday, Sept. 11 — before culminating in a virtual ceremony on Friday, Sept. 25, at 7 p.m. Free. Follow @theatrewash on Twitter, or visit www.theatrewashington.org for more details and to register.