Home / News + Politics / Forum / Opinion: Gen Z can’t afford to sit this election out. And neither can anyone else

Opinion: Gen Z can’t afford to sit this election out. And neither can anyone else

Now is the time to vote for the change we so desperately want to see within this flawed democracy. 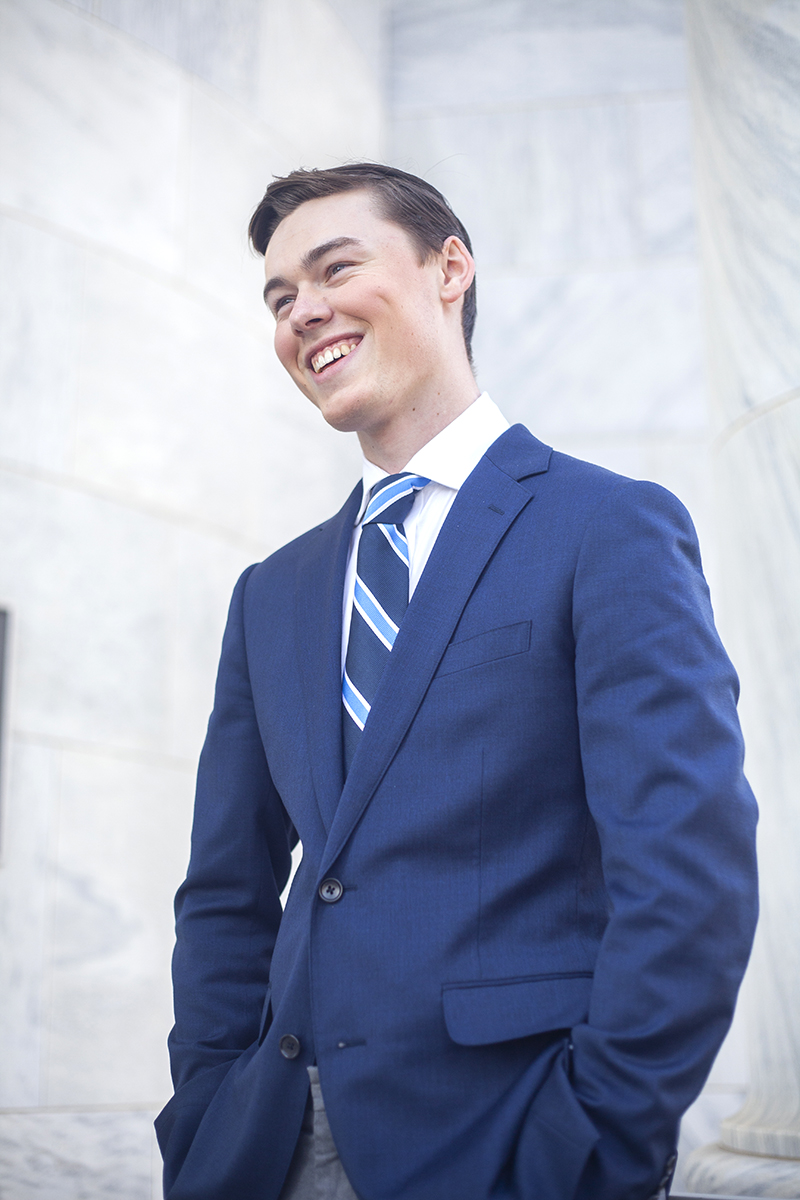 We are living through unprecedented times, but the current autocrat in chief has only made a bad situation worse, with his adamant refusal to guide the American people through the current pandemic. Your life, and the lives of those closest to you, will be directly impacted by the results of this election.

The current election does not come down to a matter of Democrat or Republican, conservative or liberal, communist or capitalist — we are fighting tooth and nail to save our crumbling democracy. Donald Trump has proven time and again that he cares about no one and nothing except himself. He resides over a cabinet of fools. Rather than draining the swamp, he has filled it. Washington D.C. is overflowing with the stench of sewage, and the source can be traced only to the rotting corpse of our once-sturdy democracy: the Oval Office.

On November 3rd, our rights are on the line, and up for the taking.

I grew up being mocked by my friends’ fathers for acting “like a girl” and not being good enough at sports to compete with their sons. For much of my early youth I felt uncomfortable in my own skin. But that all changed in 2015. After the historic marriage equality ruling by the Supreme Court, I foolishly thought our country had finally reckoned with the injustices of its past and made legitimate progress towards ratifying protections under law for LGBTQ citizens. Five years later, I find it hard to believe there was ever a time I had such hope in this country, and yet a small part of me still does. Buried under layers of pessimism, dark humor, and the jaded angst wrought by an adolescence in the digital age, I still dream of the day I can openly hold hands with my partner without fear of being the victim of a hate crime.

As the most diverse generation this country has ever seen, first-time voters like myself and every college student over the age of 18 have a major stake in the outcome of this election. Due to the nature of my private high school education, most of my closest friends are international students, from Mexico City to Shanghai and Hong Kong. Many of them are also voting for the first time, and like me their future as an American citizen depends upon this election. A vote for Biden is a vote for progress; a vote for Trump is an endorsement of racism and xenophobia.

Abstaining from casting a ballot this year makes you a bystander — whether you’re a die-hard Bernie supporter or a moderate conservative, this is not the year to sit at home on election day. In addition, voting third party as an act of protest does far more harm than good, and now is not the time for performative activism.

Look, I get it. I’ve heard it all before, from friends, parents, classmates, and even professors: What difference does it make? Realistically, how much does one vote even count? Especially in a deep red or blue state, what good can a single contrary vote do? My answer: the difference between a democracy and a dictatorship.

The worst decision a young voter can make is to choose not to vote. It may seem like an act of protest against a broken political system, but it is in essence a display of privilege. If you are fortunate enough to not worry about the outcome of this election, and stubborn enough to let your personal agenda prevent you from voting for Biden, you are relinquishing your right and moral obligation to protect Black people, indigenous people, and people of color, undocumented immigrants, trans and nonbinary people, and the credibility of the scientific community. Please, at the very least, take a moment to self-reflect before you make such a harsh judgment call.

Joe Biden has proved himself to be a reliable advocate for the LGBTQ community, from the Obama administration’s repeal of “Don’t Ask, Don’t Tell” to his historic statement of support for marriage equality on Meet The Press in 2012. As president, Biden has promised he will work to expand health care access, maintain equitable treatment of LGBTQ individuals in the current criminal justice system, support LGBTQ youth, and advance data collection on LGBTQ individuals to incentivize their protection.

Donald Trump on the other hand has nominated Judge Amy Coney Barrett to the Supreme Court, where she would likely pose a threat to women’s reproductive rights, continue legal discrimination against people of color, and possibly repeal marriage equality. She could also be the President’s deciding vote if the election is handed to the Supreme Court.

Since the very first diagnosis of COVID-19 on American soil, the President has made it his mission to stoke conspiracy theories about its origin, discourage the use of masks to prevent the spread of the disease, and even ridicule his opponent for taking basic precautions.

Instead of telling his supporters to respect social distancing orders, he urged them to “call your own shots” in light of Democratic mayors shutting down cities and states back in April. When it came to socially distanced protests over racial unrest and police brutality, he had unsurprisingly changed his tune, insisting they led to a spike in cases, contrary to studies conducted by Northeastern and Harvard which proved otherwise.

Diseases do not discriminate based on socioeconomic class, political affiliation, or religious beliefs, and everyone is at risk — including college students, even if your Snapchat story may tell your friends otherwise. Joe Biden has a plan to respond to the public health and economic crisis wrought by the spread of the coronavirus. From day one of his administration, he has promised to restore the public’s trust in government, and to immediately take action to eliminate cost barriers preventing marginalized communities from accessing the same healthcare and preventive measures afforded to the most affluent communities.

He has also made history as the first major political party’s presidential nominee to directly address the disproportionate violence and discrimination trans women of color face everyday across the country, and committed to overhauling legal protections for transgender people, stating at an ABC town hall, “I will flat out just change the law…. There should be zero discrimination.”

Furthermore, the Earth is under attack, and there is no easy fix for the rapidly increasing levels of climate change and the debilitating blows to our environment which have occurred without reprieve since the dawn of capitalism. If Biden does not win, the damage will be even more irreparable than it already is.

I know many members of Generation Z worry we may not have much time left to prevent man-made climate change from reaching the point of no return, which scientists estimate to be in 2035. Joe Biden has guaranteed he will take significant steps to push back that date, from implementing the Green New Deal to assuring the country’s economy is one-hundred percent clean energy and there are net-zero emissions by 2050.

I will be the first to admit that I wish Biden were more radical, less of a classic liberal and more of a forward-thinking progressive, but a few minute differences in policy vastly outweigh the lasting damage a two-term Trump presidency would do to this country.

To everyone 18 and over, now is the time to vote for the change we so desperately want to see within this flawed democracy. Keep protesting, keep signing petitions and calling your representatives and senators, but please do not sit out Election Day. The people of our country need your help.

Riley Gillis is a sophomore majoring in Political Science at American University and a contributor to Metro Weekly.