Robert Zemeckis' "The Witches" is a whizbang CGI affair

By Randy Shulman on October 22, 2020 @RandyShulman

Robert Zemeckis never met a mousetrap he didn’t delight in springing. And the innovative director of Who Framed Roger Rabbit ultimately takes full advantage of springing dozens at once in his hyperactive adaptation of Roald Dahl’s The Witches (★★★★☆). This is the second time Dahl’s work has been ushered to the screen — the first was in 1990 by master filmmaker Nicolas Roeg, boasting a glamorous, over-the-top Anjelica Huston as a sorceress hellbent on ridding the world of its children by turning them into mice.

Zemeckis follows the same narrative path — and even adheres more fastidiously to Dahl’s book. But the differences lie in the filmmaking. Whereas Roeg relied on practical effects (courtesy Jim Henson), Zemeckis deploys every bit and byte of modern CGI effect available to produce a joyous, wild whizbang ride.

Indeed, The Witches, premiering on HBO Max, feels custom-made for a theme park. Its set-pieces are fast, furious, and outlandish, each its own self-encased showstopper. Set in the ’60s, the movie feels uniquely attuned to our times, with its themes fine-tuned by screenwriters Zemeckis, Kenya Barris, and Guillermo del Toro to celebrate comfort in one’s authentic self, as well as take a few light but noticeable swipes at racism.

Anne Hathaway is the film’s weakest component. She not only lacks the sheer elegance and poise of Huston, but gives her Grand High Witch a strained accent that feels lifted from the discards of “The Inspector Clouseau Enunciation Handbook.” The otherwise first-rate cast includes Octavia Spencer, Stanley Tucci, Kristen Chenoweth (in a surprise, delightful part), and Josette Simon as a genuinely chilling sorceress.

In a bit of good fortune, the 1990 version is concurrently streaming on Netflix, so you have the rare opportunity to watch the pair back-to-back for a compare and contrast. Start with the remake, and then revel in the simpler — and far less speedy — joys of the original. 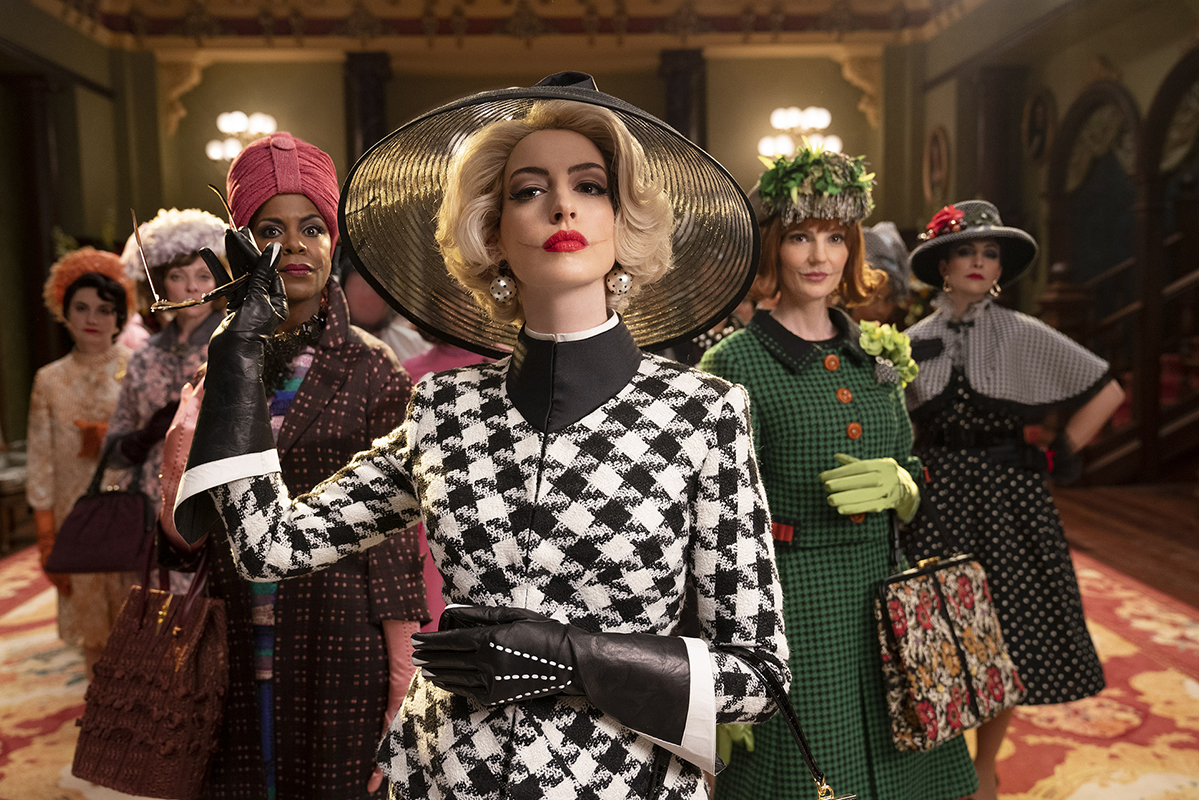