Jones said he was proud to be "part of the boldest, most diverse Congress in American history" 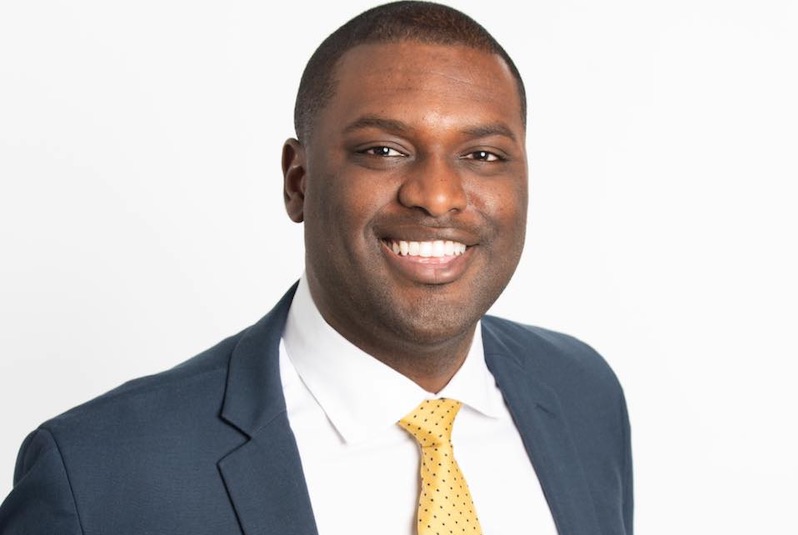 Mondaire Jones continues to make history, after one of the first Black gay men elected to Congress was chosen by his elected peers to become the freshman Democratic representative in the House.

The New York Democrat was unanimously picked top be freshman leader, a role that requires him to act as spokesperson for the newest members of Congress and represent them in weekly meetings with House leadership.

In a press release, Jones’ office called it the “most influential role available to a freshman member of Congress.”

“I’m proud to be part of the boldest, most diverse Congress in American history, and we’re ready to get to work on behalf of the American people,” Jones said in a statement. “We know that if we want to see the meaningful change our communities deserve, we need strong, thoughtful leadership at the table where policies are made. I’m grateful to the freshman class of the 117th Congress for providing me the opportunity to advocate for our shared values.”

In addition to freshman leader, Jones was also picked to serve on the House Democratic Steering and Policy Committee, which advises Speaker of the House Nancy Pelosi on policies and names members of the Democratic caucus to House committees.

In a statement, Pelosi praised Jones as a “force for progress in New York and across America, whose brilliant legal mind, grassroots organizing experience, and spirit of advocacy and action have already enriched our House Democratic majority.”

“His leadership has been acknowledged by his election as freshman representative to leadership, where he will amplify, strengthen and unify the voices of our diverse, dynamic Democratic caucus,” Pelosi, who was also reelected as House Speaker, added.

Jones was elected earlier this month in New York’s 17th District, and made history as one of the first openly Black gay men elected to Congress, alongside fellow New York Democrat Ritchie Torres.

Mayor Annise Parker, President & CEO of the LGBTQ Victory Fund — which endorsed both men — celebrated their historic wins in a statement at the time.

“Mondaire and Ritchie have shattered a rainbow ceiling and will bring unique perspectives based on lived experiences never before represented in the U.S. Congress,” Parker said. “As our nation grapples with racism, police brutality and a pandemic that disproportionally affects people of color and LGBTQ people, these are the voices that can pull us from the brink and toward a more united and fair society.”

Speaking to Metro Weekly prior to the election, Jones addressed the challenges of running as an openly gay Black candidate.

“I’ve experienced more racism than I’ve experienced homophobia on the campaign trail, including from the white gay community,” Jones said at the time. “I definitely remember calling a prospective donor who holds himself out to the world as being a leader in the gay community, and asking him for a contribution, and before I could even introduce myself to him, he’s telling me that he wishes he could support me, but he does not believe that I can serve my black religious community and the gay community at the same time. Which was extraordinary, because I rarely go to church.”

Read our full interview with Jones below:

Rhuaridh Marr is Metro Weekly's online editor. He can be reached at rmarr@metroweekly.com.
← Previous Story Gay congressman loses bid for Assistant Speaker in Democratic House leadership elections
Next Story → Husband of trans performer Yuni Carey charged with stabbing her to death in their Miami apartment