By John Riley on November 23, 2020 @JohnAndresRiley 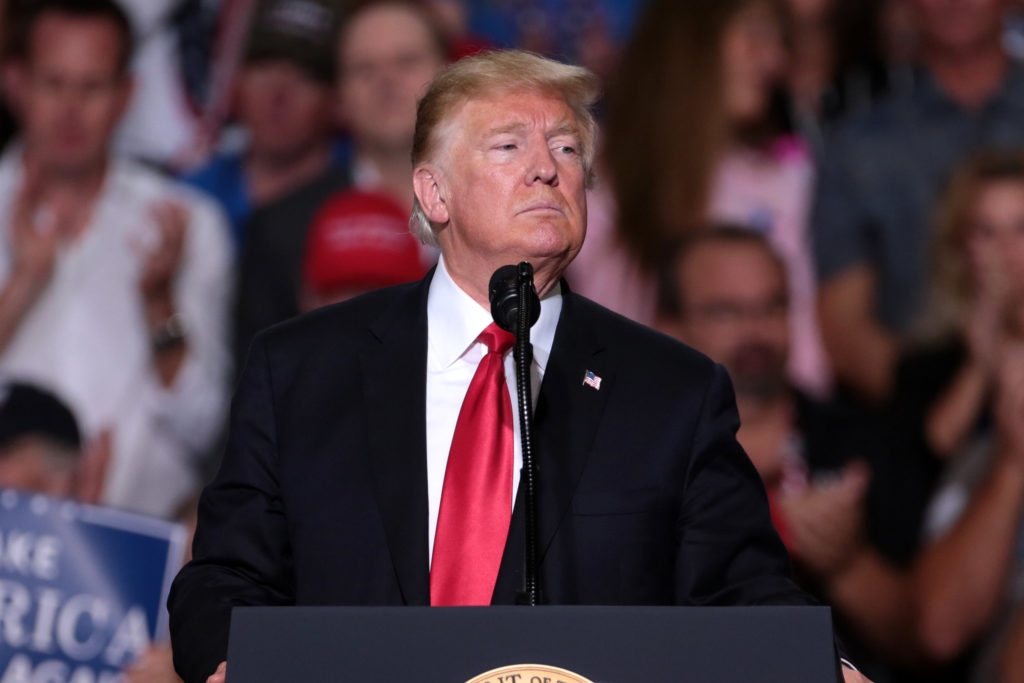 Contrary to what initial exit polls said on the evening of Nov. 3, only about 14% of LGBTQ voters cast ballots for President Donald Trump.

That’s half the percentage that was estimated by an Edison Research exit poll that has since been widely cited by various news outlets.

That marks a significantly higher share of the LGBTQ vote for Biden and half of the 28% who were estimated to have selected Trump as president.

The Pathfinder poll, conducted from Nov. 9-14, surveyed 800 LGBTQ adults in the United States. Interviews were conducted online utilizing a national research panel, with respondents being selected to represent the national population based on demographic estimates published by the Williams Institute and weighted by gender, age, race, education, and geographic region based on Williams Institute data.

Within that sample of LGBTQ adults, 707 said they were registered voters, and 654 of those registered voters reported voting in the 2020 presidential election. The poll has a margin of error of plus or minus 3.5 percentage points.

Among first-time voters — who constituted 25% of those who cast ballots in the presidential election — Biden’s lead was even larger, with the President-elect earning 86% to Trump’s 10%.

The findings of the poll largely align with a pre-election poll by Pathfinder Opinion Research, which showed 74% of LGTBQ voters leaning towards former Vice President Biden, and 17% leaning towards President Trump.

Sarah Kate Ellis, the president and CEO of GLAAD, said the data confirmed the impact of the LGBTQ vote on the election returns, revealing “the devastating challenges [LGBTQ voters are] facing in the COVID-19 crisis and as healthcare is debated in the out-of-control pandemic, as well as the demand for racial justice, issues that led the way for the entire LGBTQ community.”

“These issues reflect the compassion and intelligence of LGBTQ people, and the importance of intersectionality to the LGBTQ community and to America as a whole — that with a diversity of differences in age, race, gender and economic status, we can and will unite as a powerful voting bloc for change — and achieve it,” Ellis said.

However, nearly 6 in 10 voters were critical of the news media, saying they hadn’t seen any election-related news coverage of LGBTQ issues during the campaign.

GLAAD had previously complained about the lack of visibility for LGBTQ issues, particularly in the course of the presidential debates and various town halls that were held throughout both the Democratic primary and the general election.

Among those who voted in the election, 54% said the government’s COVID-19 response was an important issue they considered when selecting a presidential candidate. 25% of respondents cited health care as another important issue, while 22% cited racial justice, 21% cited LGBTQ equality, 18% cited jobs and the economy, and 16% cited environmental issues, including climate change.

With respect to the COVID-19 pandemic and its effects, 36% of LGBTQ voters say a close friend or family member tested positive for COVID-19.

An identical percentage experienced increased mental health issues due to the pandemic and the resulting shutdowns. Twenty-nine percent of respondents said they lost their job or had work hours reduced.

However, only 11% reported changing living arrangements due to financial reasons, and only 10% reported having a close friend or family member die from the virus.

Related: Did 28% of LGBTQ people really vote for Donald Trump?

Looking to the future, 66% of LGBTQ voters said they feel more optimistic about the future due to the election results. But significant numbers of LGBTQ voters are mistrustful of the conservative U.S. Supreme Court, with 80% saying they are concerned about LGBTQ employment protections and legal protections for transgender individuals.

An almost equally large group, or 77% of those polled, expressed concern that the justices would move to overturn marriage equality, with almost three-quarters expressing concern that the landmark abortion case Roe v. Wade would be overturned, and a similar percentage fearing for the fate of the Affordable Care Act.

Interestingly, though it’s rarely talked about, 83% of LGBTQ voters surveyed said they felt it was “very” or “somewhat” important to have an LGBTQ person nominated as a justice to the nation’s highest court.

Bryan Dooley, the president of Pathfinder Opinion Research, told Metro Weekly in an email that it is hard to account for the difference between the Edison exit poll and Pathfinder’s findings without having the ability to look at the group who identified as LGBTQ in the exit poll.

“The LGBTQ community is obviously unique in many ways. It’s significantly younger, for example, than the electorate at large. In our survey we took great effort to ensure the demographics of our sample matched credible population estimates of the LGBTQ community to ensure representativeness,” Dooley wrote. “To my knowledge we currently don’t know what the exit poll subset of LGBTQ voters looks like — who are they, where do they live, are they demographically representative of the population?” 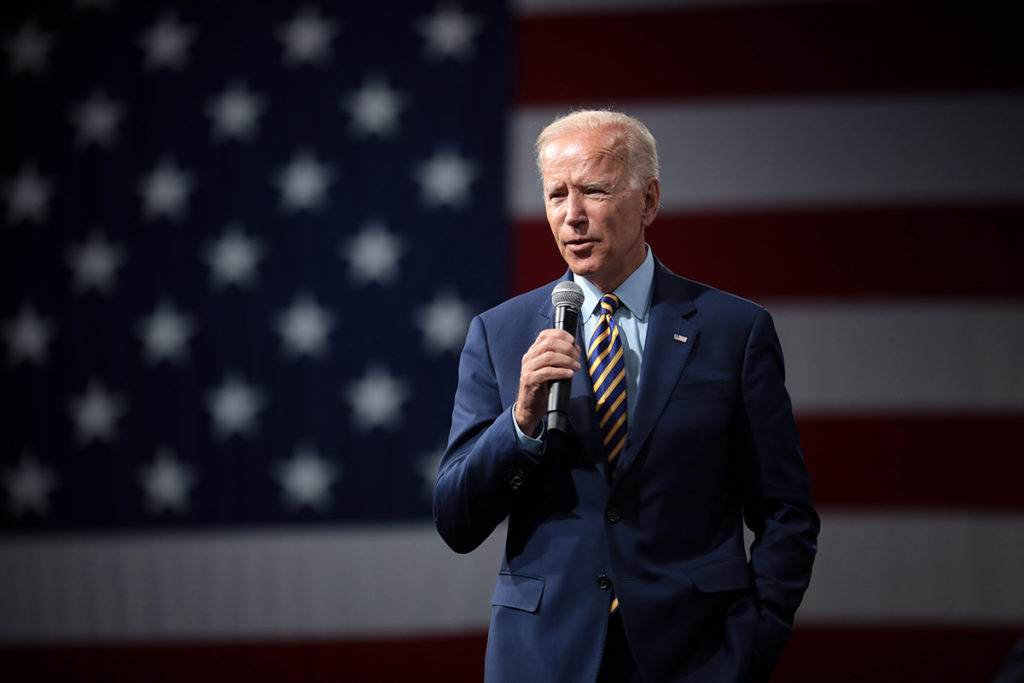 However, Dooley also noted — as did GLAAD in its press release touting the survey — that in the Edison exit poll, only 250 respondents identified as LGBTQ, thus resulting in an extremely large 7% margin of error. Part of this could be due to the disparity in the method of polling: Edison employed in-person surveys on Election Day, but also polled voters over the phone in order to account for the higher-than-usual number of voters who voted early or via mail ballot due to the ongoing pandemic.

“Exit polling showed Trump doubling his vote share with LGBTQ voters over the last four years.  Sometimes polling teaches you something surprising that you didn’t know — but, sometimes it just doesn’t pass the smell test,” Dooley told Metro Weekly. “That was the case here and a big part of the reason GLAAD commissioned this survey was to verify whether there really was this seismic shift in one direction. The fact that Trump’s support in our survey matches his support from 2016 makes much more intuitive sense than him doubling his vote share, especially when you look under the hood and see the strong concerns remaining within the LGBTQ community about losing their fundamental rights.”

Zeke Stokes, a political consultant who served as an advisor to GLAAD on its 2020 voter engagement work, expressed a similar belief about the methodology of the Edison exit poll.

“First of all, exit polls are historically inaccurate. And in the case of the [Edison] exit poll, when you just look at it from its methodology, I think it’s flawed,” Stokes told Metro Weekly in an interview. “An exit poll by definition is polling someone as they’re leaving the polling place. And you’re going to get a very different answer if you call them later and ask them to tell you to tell you how they voted over the phone. It’s a very different experience for the respondent to leave the polling place, to be faced with the question, decide to answer it in real time and and do so versus being called later and having lots of influences in their in their mind and in their life.”

Stokes also noted that the small number of respondents to the exit poll identifying as LGBTQ can throw off the poll’s accuracy, as the margin of error is 7 points, a size that would typically be a warning flag for a pollster. He said the Pathfinder poll done on GLAAD’s behalf tracks well with pre-election polling and has a larger group of respondents, as well as a smaller margin of error.

“Beyond the polling, I think the response from folks like Richard Grenell and other Donald Trump sycophants is going to be exactly what it’s always been,” he noted. “They would have us believe that suddenly LGBTQ people doubled in their support for Donald Trump. It’s laughable. One, because we are LGBTQ people, and we know, anecdotally, where our community is. And every indicator — from 2018 polling to the pre-election polling GLAAD did in September, plus this poll — indicates that there has been no shift in LGBTQ support for Donald Trump or for any candidate that doesn’t support LGBTQ equality. So the facts just aren’t there to bear out this idea that suddenly there’s this massive bump in support among the community for Trump.”

Stokes believes that messaging from LGBTQ groups, including GLAAD, seeking to educate voters about Trump’s record on LGBTQ rights, may have had an impact, in part because many LGBTQ voters would be considered “high-information” voters who follow politics closely. But he also believes it had an impact on non-LGBTQ subgroups, including highly-educated suburban women, who have largely turned against Trump in recent years and who may be more sympathetic to LGBTQ issues.

The biggest takeaway from Pathfinder’s post-election polling, he said, is that LGBTQ voters were primarily motivated by the same issues that drove other Americans to cast votes in this year’s elections.

“LGBTQ voters are in many ways, like every other American. We’re just as impacted, if not more so, by COVID and the big issues of the day, the economy, with 20 million people unemployed and the country, and 250,000 having lost their lives,” Stokes said.

“I think it’s important to acknowledge that the LGBTQ community was an integral part of a broad coalition of marginalized communities that came together to make Joe Biden president,” he added. “If you look at all of the communities that have been so under attack by the Trump administration for the last four years — LGBTQ people, women, people of color, immigrants, Muslims, people with disabilities — those were the communities that really came together and and made this victory possible for Joe Biden and Kamala Harris.”