By John Riley on December 1, 2020 @JohnAndresRiley 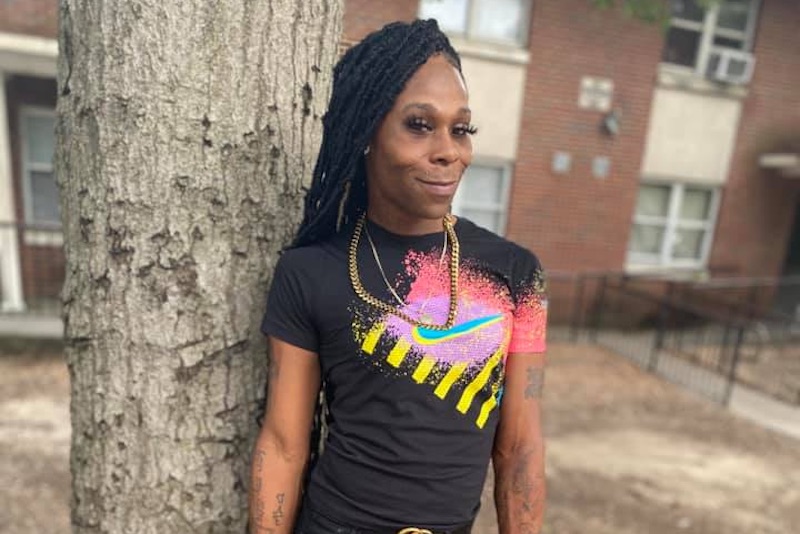 Richmond Police are searching for a suspect who shot and killed Chae’Meshia Simms, a transgender woman, in a Northside neighborhood last Monday.

Emergency responders were called to the scene of a car crash in an alleyway in the city’s Washington Park neighborhood just before 6 a.m. on Nov. 23. Upon arriving at the scene, they found Simms in the driver’s seat of a rental car, suffering from a gunshot wound. She was pronounced dead at the scene.

Police have not speculated publicly on a possible motive for the killing, but have asked anyone with information about the case to call Major Crimes Detective M. Godwin at 804-646-5533 or contact Richmond Crime Stoppers at 804- 780-1000.

Simms’ death occurred just three days after the International Transgender Day of Remembrance on Nov. 20, an annual anniversary designed to commemorate the lives of transgender and gender-nonconforming people who have lost their lives to violence.

More than 350 trans or nonbinary people worldwide were killed this year, according to estimates compiled by Transrespect versus Transphobia Worldwide, a project of TGEU, an organization focused on strengthening transgender rights in Europe and Central Asia.

Some experts believe the number could be even higher, due to the frequent misgendering of victims in local news reports, particularly in countries or regions where gender nonconformity is discouraged or criminalized.

Richmond area activists and friends and family gathered last Friday for a vigil to remember Simms, who is thought to be the 39th transgender person killed in the United States this year.

Simms’ father said his child was a “well-loved individual” who was “always caring for others” and called her death “tremendously heartbreaking,” according to Richmond-area CBS affiliate WTVR.

“With the help of the LGBT community, the support of the Richmond Police Department, as you can see out here with the community, we’re going to continue to keep looking,” Simms’ father said, urging the killer to “do the right thing” and turn himself or herself over to police. “We’re never going to stop looking.”

See also: News outlets misgendered almost 2 out of every 3 transgender individuals killed in 2020

Zakia McKensey, a Richmond trans activist and founder of the Nationz Foundation, said she empathized with Simms’ family, having lost her close friend Nooni Norwood to anti-trans violence four years ago.

“As a trans woman of color I know most well how we are disproportionately impacted and marginalized,” she told WTVR. “For this to happen just a few days after [the Transgender Day of Remembrance], it’s hitting home in Richmond. It makes people paranoid. It makes us as a trans community outraged and frustrated.”

Tori Cooper, the director of community engagement for the Human Rights Campaign’s Transgender Justice Initiative, lamented Simms’ murder and expressed sympathy for her friends and family.

“Although I did not know Chae’Meshia personally, she was from my hometown, and her death impacts the trans and gender non-conforming community everywhere,” Cooper said in a statement. “We are continuing to see a devastating rate of violence against trans and gender-nonconforming people in the United States, especially against Black and Brown trans women, and it must be stopped. It takes all of us to speak up and take action to end this violence.”

John Riley is the local news reporter for Metro Weekly. He can be reached at jriley@metroweekly.com
← Previous Story How Washington, D.C. is commemorating World AIDS Day 2020
Next Story → DC Eagle Trademark bought by Duplex Diner co-owner