Home / News + Politics / World / A transphobe tried to attend Pride. He was led away by police.

An anti-trans campaigner was escorted by police from a Pride event in England after a unified crowd chanted “trans rights matter” at him.

LGB Alliance has been linked to anti-LGBTQ causes, groups, and individuals and has frequently drawn condemnation for its various stances and statements, including opposing conversion therapy bans and saying adding a “+” to LGBT “gives the green light to paraphilias like bestiality” to be included.

In video shared to social media, police liaisons are spotted joining Bramham and escorting him from the area as the crowd loudly boos.

Transphobic bigot in an LGB Alliance t-shirt being yeeted the fuck out of Pride as chants of ‘trans lives matter’ ring in his shitty fucking ears.

A very big YES to all of this.https://t.co/KPKoeeiXma

The actions of those at the march, standing in solidarity with the trans community, led to outcry from transphobes on social media, who claimed Bramham — a gay man — was a victim of homophobia.

Such criticisms were shut down by other LGBTQ people, with Emily Hamilton, a trans woman, tweeting, “At this stage an LGB Alliance t shirt is as welcome at pride as a ‘God hates f*gs’ one. Our LGBTQ+ community knows hate when they see it.”

Max Morgan, who shared the original video, wrote, “Like it or not, Pride is a community event. And the community spoke as one to say, ‘Transphobia is not welcome here.'”

Morgan continued: “You can shriek about ‘homophobia’ all you want, but it’s not that. Gay men, lesbians, bisexual people and trans people rose up together to say, ‘Fuck this.'”

Bramham later went on right-wing British news network GB News to complain about being forced to leave the Pride march.

He claimed that those in attendance “assaulted” him and said they would have “torn me apart.”

In a case of stating the obvious, Bramham said he felt “excluded” by the pro-trans chants.

The anti-trans campaigner then claimed to be “perfectly tolerant and respectful of differences of opinion,” adding, “it feels horrible.”

“It feels harmful, it feels like there’s an aggressive ideology that you have to conform to,” he added.

LGB Alliance responded to the event by saying it defends the rights of “lesbians, gays and bisexuals whose rights in law are based on sexual orientation not gender identity.”

They added: “It's ludicrous that a gay man now can't assert those rights at a Pride event without being harassed and evicted.”

England's Charity Commission is currently “engaging” with LGB Alliance after the organization was reprimanded by Twitter for suggesting that the term “LGBT+” included bestiality.

“Adding the + to LGB gives the green light to paraphilias like bestiality – and more – to all be part of one big happy ‘rainbow family’. Wake up policy makers,” the group tweeted earlier this month.

“LGB people refuse to be used in your artificial and dangerous argument that we must all be lumped together.”

The Charity Commission said it was “engaging” with LGB Alliance's trustees and was “aware of concerns” about “recent social media activity,” but offered no further comment. 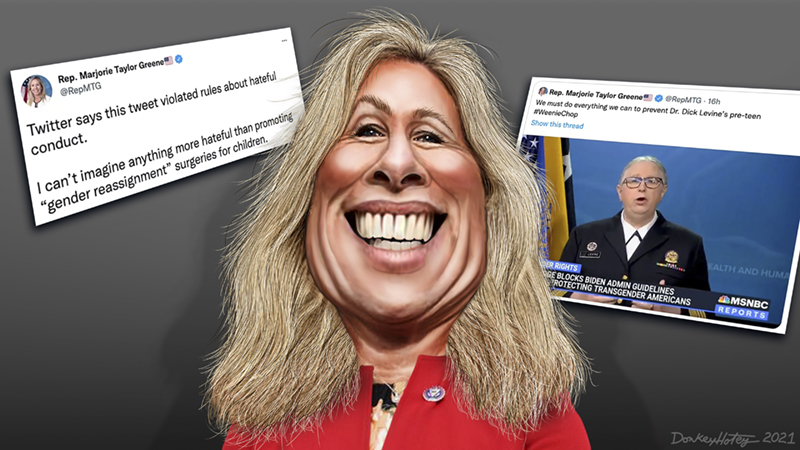