The Capital Pride Alliance has announced it is bidding to host WorldPride 2025, which will coincide with Capital Pride’s 50th anniversary celebration in June of that year.

A recent study conducted by Booz Allen Hamilton revealed that the annual Capital Pride celebrations, during non-pandemic years, result in approximately $371 million in positive impacts in the region — a number that could double if Washington, D.C. is awarded WorldPride.

“The bid process is similar to what the community has done in the past with Gay Games bids,” Ryan Bos, the executive director of the Capital Pride Alliance, told Metro Weekly in an interview. “We’ll be presenting our bid at our annual conference, which is in November. Every year, InterPride has an annual general meeting, and this year the cities who are looking to host WorldPride 2025 will be presenting. The member organizations will review our written bid and our presentation, ask questions, and vote to choose the host city for WorldPride 2025.”

InterPride’s general meeting this year will be held virtually from November 6-14.

Regardless of whether D.C. is eventually named the host of WorldPride 2025, Bos noted that the Capital Pride Alliance will be asking the local community for support to begin planning special events to commemorate the 50th anniversary of Pride in the nation’s capital, which in itself is a special occasion.

Bos told Metro Weekly that as of now, Capital Pride organizers are being tight-lipped about what events they will be pitching to InterPride, but will do a follow-up announcement at a later point when they are able to provide more details.

“As you can imagine, though Capital Pride’s celebration is a large event that does draw attendees from around the world, hosting World Pride would only elevate that,” Bos said. “So it would provide many opportunities for our community to be even more visible, welcome travelers to the international city that we are, and hopefully we’ll be able to share more soon.”

LGBTQ youths are less likely to play sports due to fear of bullying or harassment, says survey 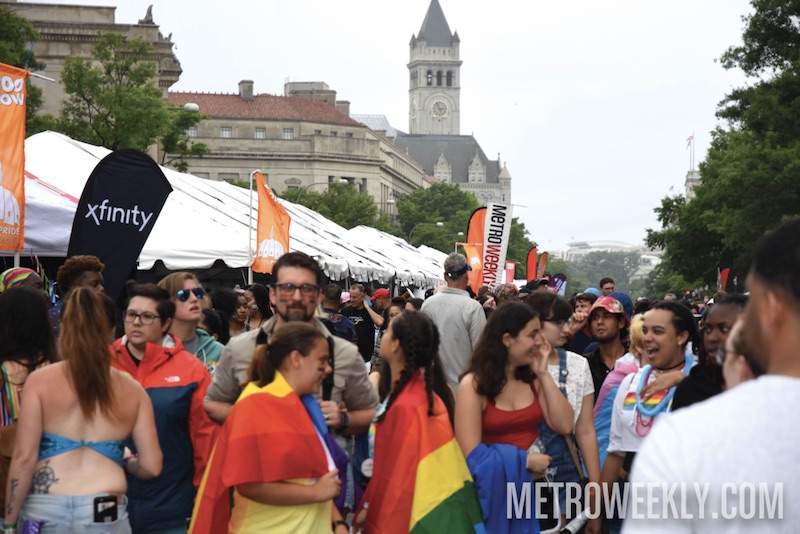 Block party and street fair will move to Dock 5 at Union Market, with several partner events being added that weekend.

By John Riley on October 13, 2021 @JohnAndresRiley

The Capital Pride Alliance has announced that its inaugural Colorful Fest, scheduled for Sunday, October 17, is being moved to Dock 5 at Union Market in Northeast D.C.

Organizers said in a news release that the change will allow more space for participants and will have greater access to amenities.

The block party and street fair will feature booths or tables manned by representatives from various businesses, community groups, artisans, and food vendors.

Live entertainment will be provided throughout the day, as well as a pop-up from As You Are Bar, which has been holding virtual and pop-up events geared towards the queer community as its owners look for a permanent brick-and-mortar space.