Last year was spooky enough, with few tricks and even fewer treats to be had. But for those who are vaxxed and masked up, Halloween 2021 offers a litany of things to do and places to go if you’re feeling safe and frisky — and costume contests to enter if you’re also feeling festive.

The Congressional Chorus returns to live, in-person concerts for the first time in two years with “A Nightmare on G Street.” Expect choreographed choral renditions of vintage Halloween hits including “Monster Mash,” “Time Warp,” and “Thriller,” plus newly commissioned rap and poetry by Kosi. Performances are Friday, Oct. 29, and Saturday, Oct. 30, at 7:30 and 9 p.m., at the Church of the Epiphany, located at 13th and G Streets NW. Tickets are $30 general admission or $40 with preferred seating. Proof of vaccination or a negative PCR test within 72 hours and face coverings required. Visit www.congressionalchorus.org.

On Friday, Oct. 29, you could head to Arlington for Synetic Theater’s Vampire Ball, an indoor/outdoor dance party with “all the food, drinks, and candy that a ghoul could ask for” — including Edgar Allan Poe-themed cocktails, spooky Georgian remixes, and fun-sized candy bars — plus performances by aerialists and the company’s troupe of actors starring in Synetic’s current show, The Madness of Poe. Tickets are $95 to $125 including the show at 8 p.m. plus drink tickets and passed hors-d’oeuvres. Proof of vaccination or negative PCR test required for entry. Visit www.synetictheater.org.

Starting at 8 p.m. on Sunday, Oct. 31, there’s The Rocky Horror Picture Show: 45th Anniversary Spectacular at D.C.’s Entertainment & Sports Arena, 1100 Oak Dr. SE. The original, unedited movie will screen accompanied by local shadowcast members and a special live appearance by Barry Bostwick, who starred in the film as Brad Majors. The evening will include a special Costume Contest. Tickets are $25 to $45. Visit www.eventsdc.com/events/rocky-horror-picture-show.

You could launch into your Halloweekend nightlife on Friday, Oct. 29, with the return of Distrkt C. The Black Cat will host a special Halloween edition featuring music by DJ Ed Wood, porn stars Beaux Banks, Dylan Knight, Seth Santoro & Rocky Maximo, and a $300 prize for Best Costume. Also on Friday, the Green Lantern hosts the Imperial Courts “Jock O Lantern” underwear party starting at 10 p.m. with a $5 cover. On Saturday, Oct. 30, the Men of ONYX take over the Green Lantern with an “Iniquity Masquerade” featuring DJ Kudjo at 10 p.m. with a $10 cover. Everyone wearing a masquerade-style mask will get a free ticket and chance to win $500 in raffles.

The holiday thrills and chills will be in full effect across town Saturday night. At Number Nine, KC B Yonce will host the evening festivities, culminating with a Costume Contest Prize Package at 11 p.m. Over at Trade, the night begins with a special Happy Hour from 7 to 10 p.m. dubbed “Grindr ‘Fright Now,'” with free drinks and giveaways for Grindr-user guests. For everyone else, especially for all the costumed creatures of the night, HallOHween starts at 10 p.m. with host Anna Latour, shows by Kunj & Rico Pico, and a Costume Contest Prize Package a half hour after midnight.

At the Dirty Goose, you can expect music by guest DJ Painter from L.A. starting at 10 p.m., with bartenders giving out bar tabs to customers in their favorite costumes. Same goes for Pitchers, with each bartender awarding drink cards to their favorite costumes. Soundcheck will host a special edition of Avalon Saturdays starting at 10 p.m. with music by DJ Brett Oosterhaus and a Costume Contest and over $1500 in cash and prizes being awarded at midnight. Cover is $25. And the 9:30 Club hosts HellBENT: Nightmare on V St NW starting at 10 p.m. featuring performances by Merrie Cherry, Molasses, Pussy Noir, Dabatha Christie, Domingø, and Mx. Reu, and music by Lemz, Amber Valentine, Dez Jordan, Matt Bailer, and Vodkatrina. Cover is $25.

Celebrate the actual All Hallows’ Eve on Sunday, Oct. 31, by venturing up to Maryland’s legendary screamfest Markoff’s Haunted Forest for its first-ever Haunted Heist. Guests will enter the pop-up from the last trail tour that evening at Markoff’s, and can expect a bash with a DJ, multiple bars, and themed cocktails furnished by Versus, the parent company behind D.C. venues Castas Rum Bar, Morris American Bar, and Heist. Tickets, limited to 250 people, are $75 (plus EventBrite fees), including roundtrip transportation from Dupont Circle and three drink tickets. Visit www.hauntedheist.com.

LGBTQ-specific options for the official holiday on Sunday, Oct. 31, include a “Disco Inferno”-themed party at Nellie’s featuring $5 cocktails and vendor giveaways all night and a Costume Contest at 9 p.m. with a $500 grand prize, with $100 gift card and $50 gift card for second and third place, respectively. Halloween also ushers in a second Costume Contest Prize Package over at Trade, this one at 10:30 p.m., and coming as part of its popular party Church Presents Kult, hosted by JaxKnife with music by JJ202 & Wessthedj starting at 9 p.m.

Meanwhile, bartenders at the Dirty Goose will once again give out bar tabs to their favorite costumes, with festivities starting at 2 p.m. for an extended Party Fowl Sunday with DJs Pedro and Alex Love, plus $5 Deep Eddy drinks and $4 Bud Lights all night long. And the Green Lantern presents a “Hardcore Halloween Costume Party” starting at 9 p.m. with a contest offering a $500 cash prize at 11:30 p.m. and music all night long by DJ Darryl Strickland.

Kiki Bar: Come For The Underwear Contest, Stay For The Chill

Kiki's Keaton Fedak envisions his new U Street LGBTQ bar as a vibrant, welcoming hub of a thriving gayborhood. 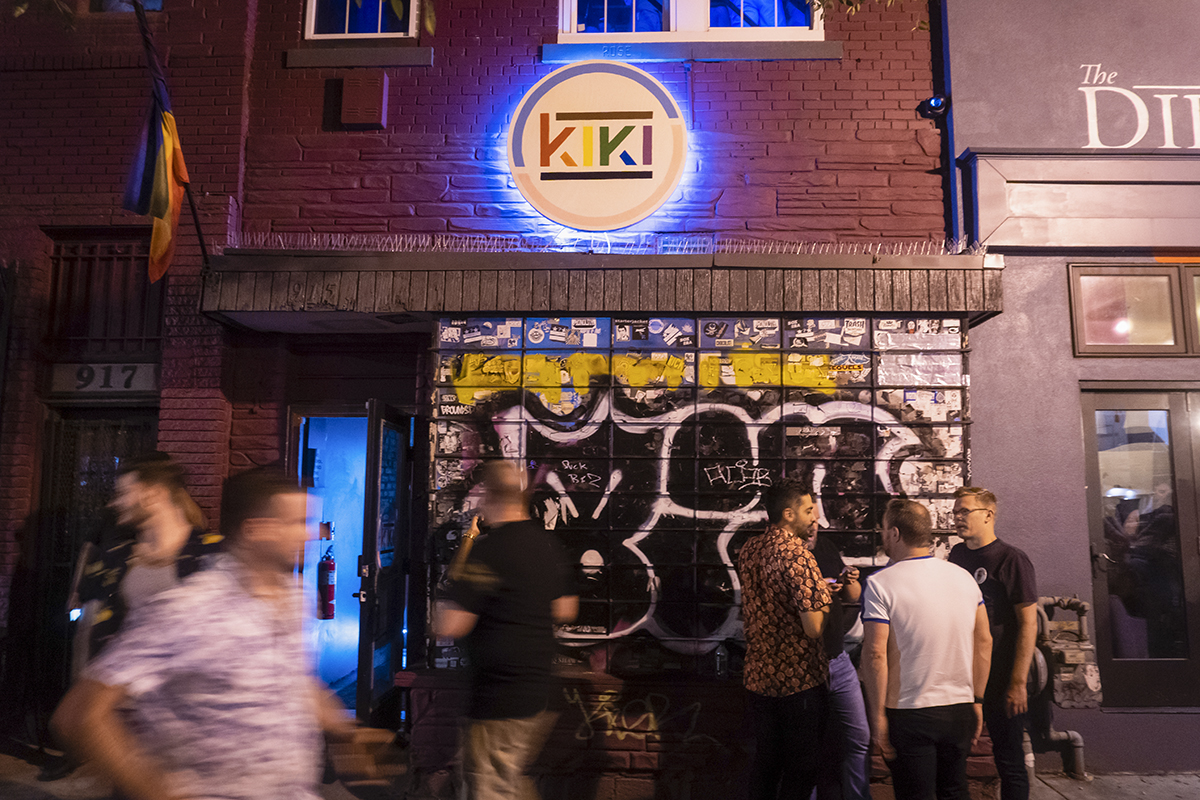 We came for the Underwear Contest, but stayed for the chill atmosphere at Kiki, one of a handful of enticing new additions to D.C.'s LGBTQ bar scene.

That night, the fierce beats and mixes of DJ Derrick Johnson, a.k.a. DJ DJ, kept us on the dance floor, which, since it was still early in the evening, might not have been as packed as we'd seen it on a Sunday night a few weeks back.

But by the time hostess Crystal Edge made her appearance, a bustling, diverse crowd had materialized and the night percolated with possibility.

Outfitted, for now, with two dance floors, two bars, and a rear deck, the two-level Shaw area hotspot provides a ready space for meeting up or hooking up, drinking and dancing, or just taking in the energy of the U Street corridor. 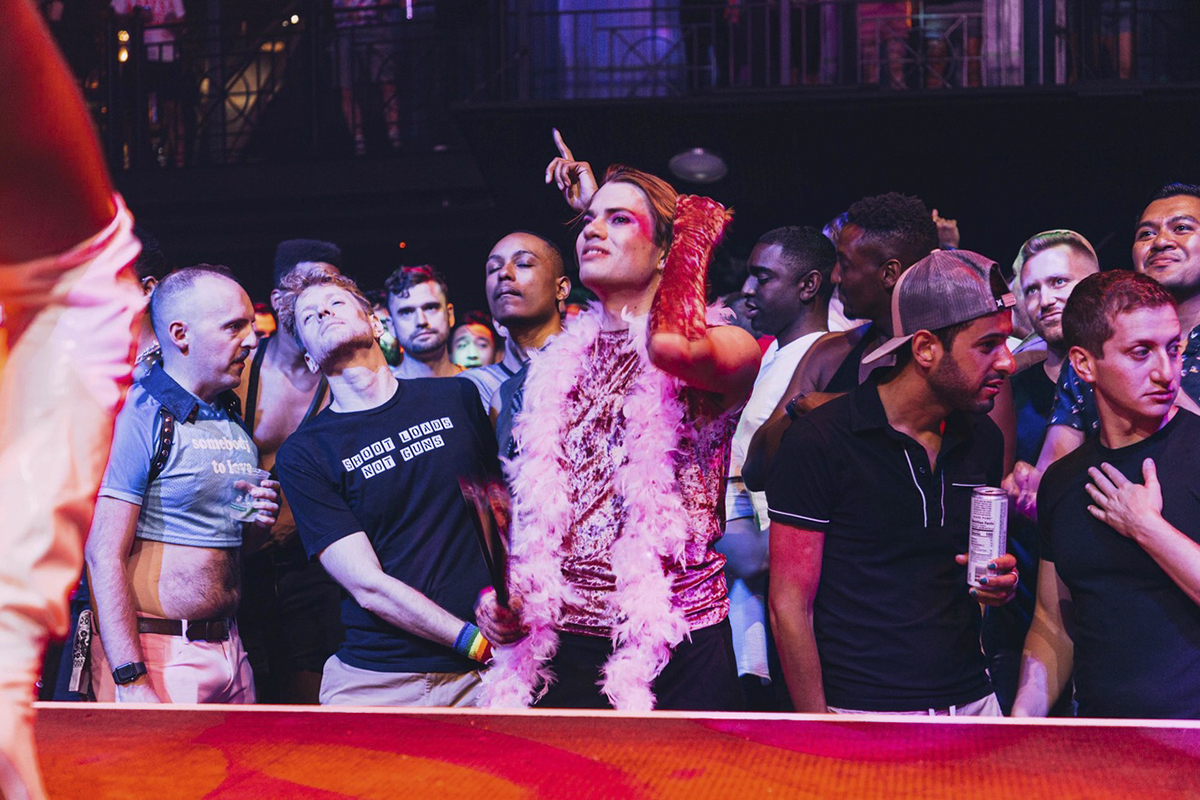