Co-owner says there is currently no evidence to suggest the vandalism was motivated by anti-LGBTQ bias.

By John Riley on February 9, 2022 @JohnAndresRiley

Red Bear Brewing Co., an LGBTQ-owned craft brewery at 2nd and M Streets in Northeast D.C. that is a popular nightlife spot, recently had five of its windows broken in an apparent act of vandalism.

The broken windows were discovered last Friday morning, and reported to the Metropolitan Police Department by employees arriving for their early morning shift.

Cameron Raspet, a co-owner of Red Bear Brewing Co. who serves as the brewery’s director of operations, said that the discovery was made by Simon Bee, a fellow co-owner and head brewer, around 5 a.m. on Friday morning, less than four-and-a-half hours after the brewery closed at 12:30 a.m. The brewery later posted an update on Twitter that included video footage of the broken windows.

“Someone must really dislike craft beer, queerness, or…just us,” the brewery tweeted. “Either way, this is a frustrating way to start the day. 5 windows shattered on our M Street side.”

Someone must really dislike craft beer, queerness, or…just us. Either way, this is a frustrating way to start the day.

According to an incident report from the Metropolitan Police Department, the broken windows were discovered around 4:59 a.m., when an employee of Red Bear informed officers that five windows on the M Street side of the building were broken. Nothing was stolen or missing from the brewery, and MPD has classified the crime as “destruction of property,” a misdemeanor.

A spokesperson for MPD said the case remains under “active investigation.”

“All we’ve heard is that there’s potentially been other vandalism on the same night in that area,” Raspet told Metro Weekly. “I have not personally verified any of that, but that’s what we’ve been hearing from a few different people just walking around. But no one heard anything. It was late, so I wouldn’t expect anyone to be in this area. There’s construction pretty much all around, except for 3rd Street, where there’s some housing.

“We still haven’t gotten video of the security footage yet. They gave us a video, but it was the wrong one,” he added. “So they’re working on that right now. We’d like to see that space during that time from from 1 to 5 a.m., to see if there’s video of the perpetrator in action or facial recognition or whatever.”

While Raspet doesn’t know what the motivation of the vandal or vandals was, he says there’s no evidence at this time to believe the incident was motivated by anti-LGBTQ bias. The MPD incident report also classifies the incident as not being a “suspected hate crime.”

“Since the conversation has been about this type of vandalism hitting other places, it’s most likely your basic run-of-the-mill vandalism rather than anything sinister,” he said.

However, Raspet says he has been “pleasantly surprised” to see and hear demonstrations or messages of support from the community following the incident.

“We appreciate all our supporters and are glad they’re backing us up,” he said. “We’re hoping that ideally, this is just a one-off and the police find out who it is, and we can move about our day. If it’s a more systemic problem, then hopefully things improve.” 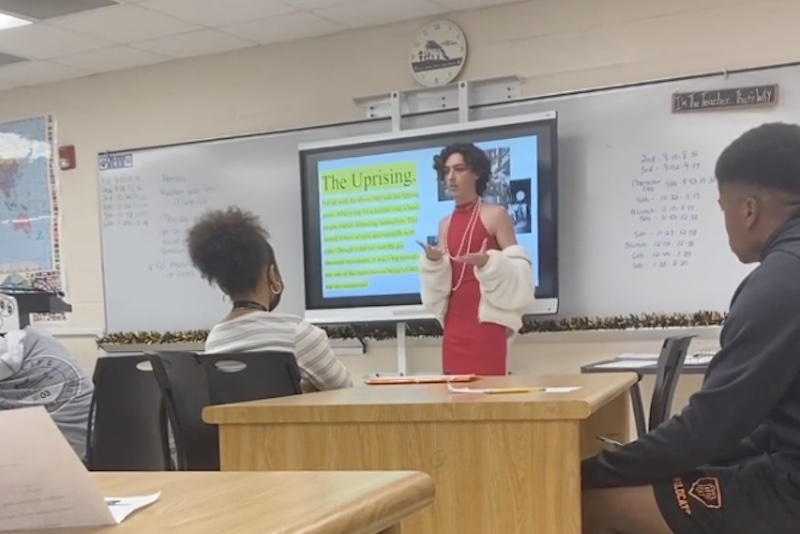 The Metropolitan Police Department is investigating the allegations of an on-campus assault at the Southeast D.C. school. 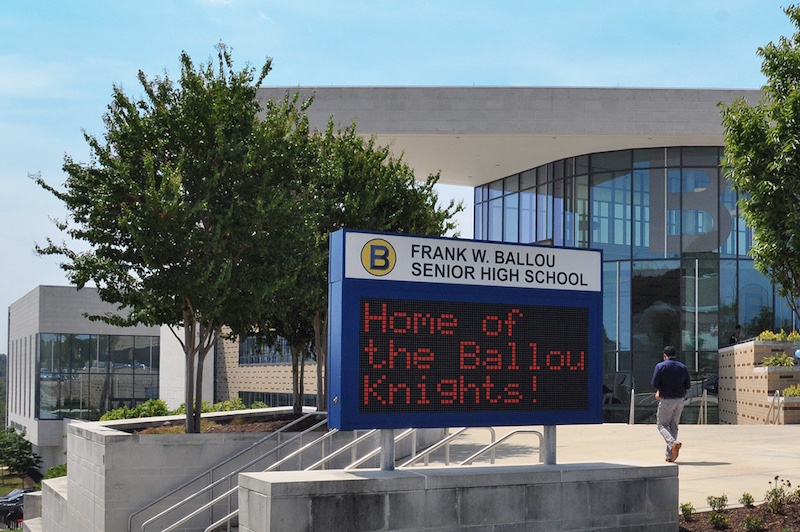 D.C. police are investigating a complaint from the mother of an LGBTQ student at Ballou Senior High School in Southeast D.C., who claims her child was sexually assaulted on the school's campus in March.

According to an incident report, officers from the Metropolitan Police Department were called last Tuesday about the allegations. The report, which doesn't contain many details, states that a person called police to report "alleged sexual abuse" between two people on March 15, reports WTOP.

D.C. Councilmember Trayon White (D-Ward 8), who represents the ward containing Ballou, released a joint statement with Abdur-Rahim Briggs, chairperson of the Ward 8 Commission on LGBTQ, informing the community of the allegations.