Florida Gov. Ron DeSantis’ press secretary is defending tweets she wrote accusing people who oppose an anti-LGBTQ measure in Florida are “groomers” or, at the very least, those who would not denounce “groomers,” a reference to pedophiles who seek to seduce children into sexual acts with adults.

The “Parental Rights in Education” bill, dubbed by critics as the “Don’t Say Gay” bill, has sparked controversy across the Sunshine State. The bill was recently passed by the Florida House and Senate and now heads to DeSantis’ desk for his signature into law.

Proponents of the bill say the measure — which prohibits classroom discussions or curriculum content related to sex, sexual orientation, or gender identity through third grade — is needed to protect students from learning about complicated and controversial issues before they’re old enough to understand such concepts.

The measure allows parents to sue school systems if they are not kept informed of changes affecting their children’s wellbeing or the support services, including counseling, that they receive.

But opponents say that the bill’s overly broad reach will punish teachers if LGBTQ-related content is broached in class, even if such issues are raised by students — regardless of the insistence of the bill’s House and Senate sponsors, Rep. Joe Harding (R-Williston) and Sen. Dennis Baxley (R-Belleview) that it would not.

Further, critics argue, the bill will, in practice, intimidate teachers, even those teaching relevant classes like history, biology, or sex education at the secondary and high school levels — where instruction on LGBTQ topics must be “age-appropriate or developmentally appropriate” — into preemptively banning any mention of LGBTQ content in classroom discussions, thereby censoring the free speech of students who are LGBTQ, have LGBTQ parents, or are allies to the LGBTQ community.

Over the weekend, Pushaw tweeted accusations that those opposed to the bill are either “groomers” or unwilling to denounce child grooming.

“The bill that liberals inaccurately call ‘Don’t Say Gay’ would more accurately be described as an Anti-Grooming bill,” she tweeted. She then replied to her own tweet, adding, “If you’re against the Anti-Grooming Bill, you are probably a groomer or at least you don’t denounce the grooming of 4-8 year old children. Silence is complicity. This is how it works, Democrats, and I didn’t make the rules.”

Pushaw reiterated her talking point multiple times in a host of tweets, refusing to back down and attacking journalists for their coverage of the bill. She also refused to apologize, contending that liberals and journalists have lied about the bill’s content. She has since shared tweets and screenshots of messages purportedly from LGBTQ individuals who support the bill.

In an email to The Florida Phoenix, Pushaw defended her tweets and what she claims is the logic behind the bill, while also noting she was tweeting from her personal account during her free time off work.

“It’s inappropriate for adults to instruct children in VPK-3rd grade (ages 3-9) about sexuality. There is no good reason a teacher needs to talk to a 7-year-old about sex, any questions a child has at that age should be addressed by their parent or guardian. Talking about adult topics with young children is a tactic of groomers, and as I said, not everyone who opposes the bill is a groomer — but they apparently don’t see a problem with adults instructing very young children about sexual topics. And sadly, that creates an environment where grooming can happen,” Pushaw said.

“The Governor has never referred to the bill as an anti-grooming bill or used that term. It was my personal account and I was tweeting off-work hours. The Governor in his statements about this legislation, has emphasized the importance of parental rights and making sure all instruction in our schools is developmentally appropriate. For ages 3-9, classroom instruction on sexual topics is not developmentally appropriate, and it’s difficult to understand why anyone would disagree,” she added.

“I don’t regret raising concerns about child safeguarding. The only people who singled out the LGBT community are the opponents of the bill, who have been baselessly accusing us of homophobia — when the bill itself doesn’t single out the LGBT community or even mention the word ‘gay.’ Any type of sexual content, whether it’s straight, LGBT or anything else, is inappropriate for 3- to 9-year-old children — and I can’t believe that is controversial to rational adults.”

But opponents of the bill claim that there appears to be some degree of anti-LGBTQ animus behind the bill. In addition to Pushaw’s inflammatory tweets, critics have pointed to an amendment — since scrapped due to public backlash — which would have required teachers, counselors, and administrators to “out” students to their parents within six weeks of any disclosure by the student regarding their sexual orientation or gender identity.

Critics also note that Republicans rejected an amendment proposed by Sen. Jeff Brandes (R-St. Petersburg) and Democrats that would have explicitly banned all sex education in primary grades, instead of merely references to LGBTQ identity, according to the news website Florida Politics.

But Republican lawmakers rejected an across-the-board ban on the same type of content that Pushaw now claims is “inappropriate” and has been accusing Democrats of trying to insert into the classroom.

“Governor DeSantis’ spokesperson said the quiet part out loud: that this bill is grounded in a belief that LGBTQ people, simply by existing, are a threat to children and must be erased. He chose Pushaw to speak his mind to the public. He owns this unbridled hatred,” the organization said in a statement.

“This same bigoted insinuation has long been used to stigmatize our families, justify denying us the ability to adopt children, and is being used to justify the tracking of transgender children by government agents in Texas and threats to imprison their parents. Make no mistake — this is a tacit announcement from the Governor that he supports the true intent of the Don’t Say Gay bill: the erasure of LGBTQ people.” 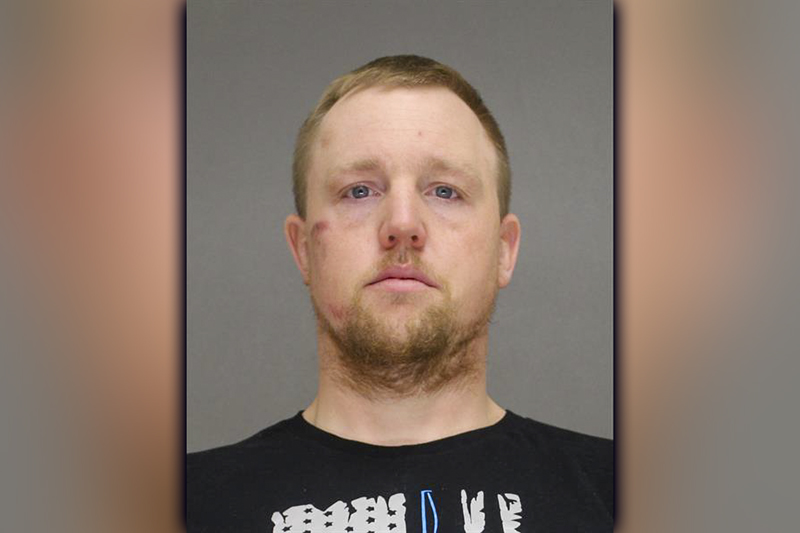