A young Israeli swimmer at training camp, hoping for a shot at the Olympics, strikes up a friendship with a chief competitor and potential suitor. Inspired by his travails as a gay swimmer, writer/director Adam Kalderon’s narrative feature The Swimmer highlights the discrimination and toxic masculinity of the hyper-competitive sports milieu. Presented as part of the 2022 JxJ: The Washington Jewish Film and Music Festival, the sensual, strikingly filmed drama screens in Hebrew with English subtitles. (5/18, the Edlavitch DCJCC; 5/22, AFI Silver Theatre)

In fact, a total of 60 films from 15 countries, and 10 concerts with musicians hailing from Israel, Canada, Ethiopia, and the U.S. are on tap at this year’s JxJ, marking a return to a fully in-person, 11-day festival for the first time since 2019.

“We’re ecstatic to return to in-person presentations of the best in Jewish and Israeli cinema and music,” says Ilya Tovbis, director of JxJ. “There’s really no virtual substitute for being in the same place at the same time. Basking in the glow of a great movie, or tapping your toes along with a re-imagined but centuries-old Jewish song is exponentially better when done with friends and community than when experienced alone. The need for human connection and the role great art plays in it has never been more evident than after the last few years.”

Among the large film lineup at JxJ, a total of five are “Rated LGBTQ,” the festival’s queer cinema series, presented in partnership with GLOE-The Kurlander Program for LGBTQ Outreach & Engagement. In addition to The Swimmer, there’s the documentary A Breath of Life, about the oldest transgender woman in Italy who is also among the few survivors of Dachau’s concentration camp. Directors Matteo Botrugno and Daniele Coluccini train their lens on the tough, spirited, and wryly funny 95-year-old Lucy, as she shares her experiences — with transitioning, with motherhood, with her trials as a sex worker — and serves as a living witness to the 20th century and its dark shadows. A Breath of Life screens in Italian with English subtitles. (5/15, Landmark’s Bethesda Row Cinema)

Two of the three “Rated LGBTQ” shorts this year screen as part of the Israeli Shorts Program: Mint Tea, Avigail Graetz’s narrative about a proud, and pregnant, lesbian and feminist PhD student who gets stuck in a university bathroom; and Mazel Tov, Eli Zuzovsky’s narrative about a Bar Mitzvah party, set during the height of war, that turns into a glorious catastrophe. Zuzovsky, a 2021 Rhodes Scholar and recent graduate of Harvard, will also participate in a Q&A about his short as part of the program. (5/19, Bethesda)

Finally, there’s Sadeh, Jessica Benhamou’s documentary short providing a snapshot of a queer climate activist who moves to the first Jewish farm in the U.K. after becoming disabled, screening as part of the Documentary Shorts Program. (5/15, Bethesda)

Other cinematic highlights include three Centerpiece Films, from Carol of the Bells, a powerful and timely film from Ukrainian filmmaker Olesya Morgunets-Isaenko focused on three families — Jewish, Polish, and Ukrainian — sharing a house in Stanislav, Ukraine, on the precipice of World War II, screening with English subtitles (5/14, DCJCC; 5/17, Bethesda), to Cinema Sabaya, a moving tale of a joint Jewish and Arab filmmaking workshop in Israel from filmmaker Orit Fouks-Rotem, screening in Hebrew and Arabic with English subtitles (5/15, DCJCC; 5/16, Bethesda), to Four Winters: A Story of Jewish Partisan Resistance and Bravery in WWII, Julia Mintz’s look at the more than 25,000 Jews who fought back against the Nazis in the forests of Poland, Lithuania, Belarus, and Ukraine (5/15, Bethesda).

Four additional films to consider are The Levys of Monticello, Steven Pressman’s documentary that shines a light on the little-known story of the Levy family, which owned and carefully preserved Monticello for nearly a century, far longer than Thomas Jefferson or his descendants (5/15, Bethesda; 5/17, DCJCC); Fiddler’s Journey to the Big Screen, Daniel Raim’s joyous exploration of Norman Jewison’s quest to re-create the lost world of Jewish life in tsarist Russia and reimagine the beloved stage musical, narrated by Jeff Goldblum (5/14, Bethesda; 5/15, DCJCC); and Rose, actor/writer Aurélie Saada’s directorial debut, starring screen legend Françoise Fabian (My Night at Maud’s), is a life-affirming reminder that it’s never too late to seek fulfillment, screening in French with English subtitles. (5/22, AFI)

The Closing Night Film is Greener Pastures, Assaf Abiri and Matan Guggenheim’s acclaimed Israeli comedy about a nursing home resident who gets a new lease on life as a cannabis dealer, screening in Hebrew with English subtitles. (5/22, DCJCC)

Key concert highlights, all taking place in the Goldman Theater in the Edlavitch DCJCC, include the return of homegrown New York-based indie-rock trio Betty (5/14); the “Ghetto Tango” program, featuring songs written and adapted by Jewish composers and artists in the World War II ghettos of Poland and Lithuania, rooted in Eastern European Jewish folk and liturgical music and influenced by European opera and operetta, American ragtime, film, tango, and cabaret, all performed by Zalmen Mlotek of the National Yiddish Theatre Folksbiene, the Israeli-American performer Daniella Rabbani, and rabbi/cantor/actor/author Avram Mlotek (30 Questions Your Rabbi Never Answered) (5/15); the cabaret “On Hollywood and Weimar: The Songs of European Jewish Composers from the Golden Age of Film,” a showcase of film scores created by émigré and exiled composers fleeing Nazi Europe, including Kurt Weill, Max Steiner, Erich Korngold, Dimitri Tiomkin, and Miklós Rózsa, and ranging from dusty westerns to sweeping romances to the thrillers of Alfred Hitchcock, as performed by soprano Karyn Levitt and pianist Jed Distler (5/17).

Also on tap is “The Music of The Marvelous Mrs. Maisel,” launching with a book talk from contemporary Yiddish performer Eleanor Reissa, author of The Letters Project: A Daughter’s Journey, then segueing into a concert in which Reissa is joined by Paul Shapiro’s Ribs & Brisket, featuring Cilla Owens, to perform the jazzy classics and swinging standards from the 1950s repertoire that soundtracks the hit Amazon Prime series. (5/21)

The closing night concert, on May 22, boasts the “Jew of Oklahoma” aka Mark Rubin, an unabashed Southern Jew and now-New Orleans-based multi-instrumentalist who co-founded the proto-Americana band Bad Livers and primarily works these days as a tuba and bass player in the klezmer music scene.

Ticket prices vary, with a variety of multi-event passes also available. For a full schedule and more information visit www.JxJDC.org. 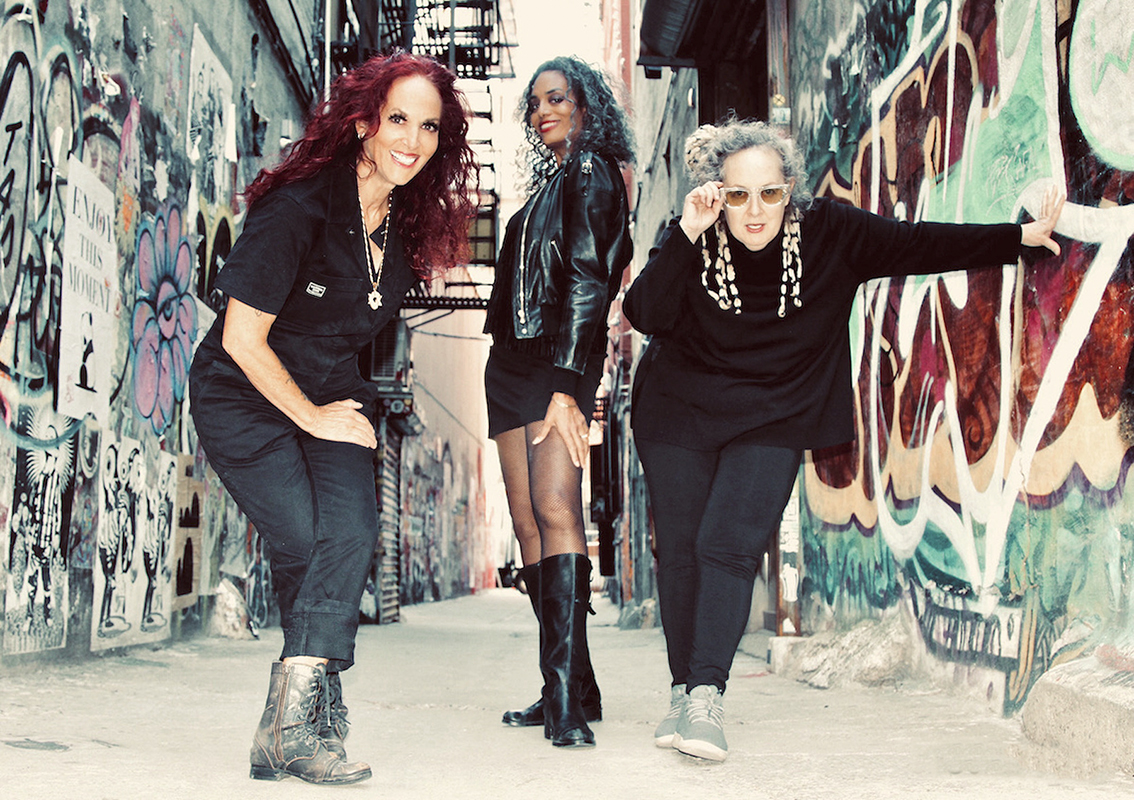